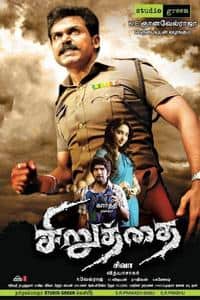 Siruthai (english: leopard) is a 2011 indian tamil action-masala film directed by siva. a remake of the telugu blockbuster vikramarkudu, directed by s. s. rajamouli, the film stars karthi, performing dual roles, and tamannaah alongside comedian santhanam. the film was produced by k. e. gnanavelraja and features music by vidyasagar. it was released during pongal on 14 january 2011. despite gaining mixed critical response, the film was a super-hit at the box office.