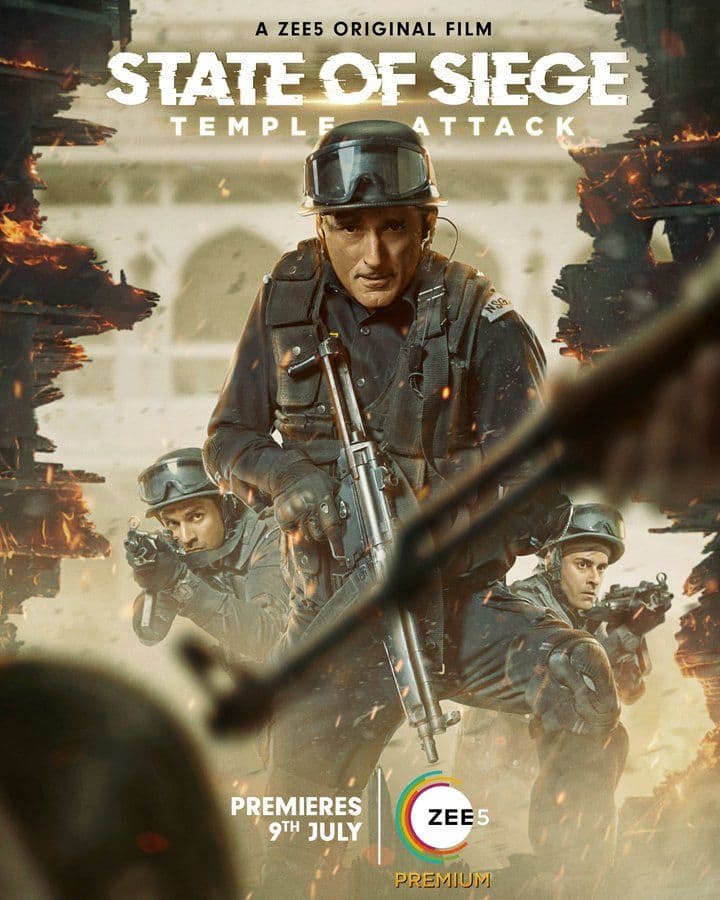 As a sequel to its series 'State of Siege' on terrorist incidents, ZEE5 has come up with 'State of Siege - Temple Attack'. While 'State of Siege-26/11' was an 8-episode web series based on the Mumbai attacks, 'Temple Attack' is said to be inspired by the 2002 terror attack on the Akshardham temple in Ahmedabad. State of Siege: Temple Attack is a 2021 Indian Hindi-language ZEE5 original film directed by Ken Ghosh. It stars Akshaye Khanna in a lead role. The film is a fictionalised retelling of the 2002 Akshardham Temple attack. Ken Ghosh's film actually focuses on military might more than a terrorist attack. The film presents Major Hanoot Singh (Akshay Khanna) as an officer who is always ready to risk his life for the country. First, he enters the stronghold of the terrorists and rescues an Indian. Then, at the time of attack on the temple, go ahead and take the responsibility of freeing the hostages. Even when he is separated from the team when injured, he does not give up and eventually starts hitting the terrorists. ZEE5 has earlier made the story of Mumbai attack (2008) in eight episodes under the 'State of Siege' series. This film is Akshaye Khanna's debut on the OTT platform. As always, his acting is fine. Akshay has already appeared in military uniform in films like 'Border' and 'LoC'.  He seems a bit older in this film than the other members of the team. Here he has got good support from Gautam Rode, Vivek Dahiya and Praveen Dabas.