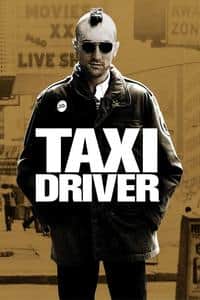 Taxi driver is a 1976 american neo noir psychological thriller directed by martin scorsese and written by paul schrader. set in new york city soon after the end of the vietnam war, the film stars robert de niro and features jodie foster, harvey keitel, cybill shepherd, peter boyle, and albert brooks.the film is regularly cited by critics, film directors, and audiences alike as one of the greatest films of all time.