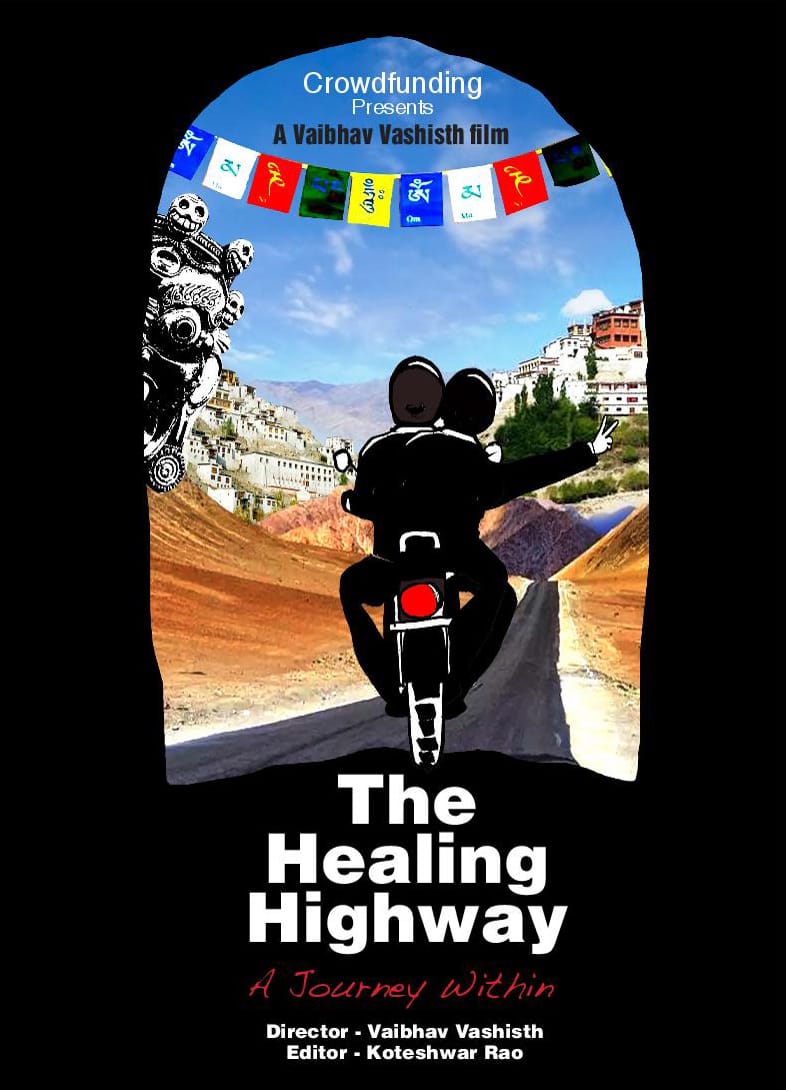 The Healing Highway is a documentary film about an Indian motorcyclist, Vaibhav Vashisth "VV" who rides an Indian made motorcycle to the higher Himalayan Range of India near Pakistan and China border with a financial analyst from US "Tim" as his pillion rider. It's an incredible motorcycle journey of VV and Tim where they both try to fight their fears and anxieties of life by riding together to the mighty Himalayas. The film also focus on massive struggle between two different culture from east and west, and how in the end they try to find their balance on a moving motorcycle. Later the film travels towards the depth of Andaman and Nicobar Islands in the Indian Ocean where VV continues his search for a perfect ending to his healing journey with a strong independent lawyer, 'Amanda' from Switzerland, Europe who left her country in search of a new adventure.