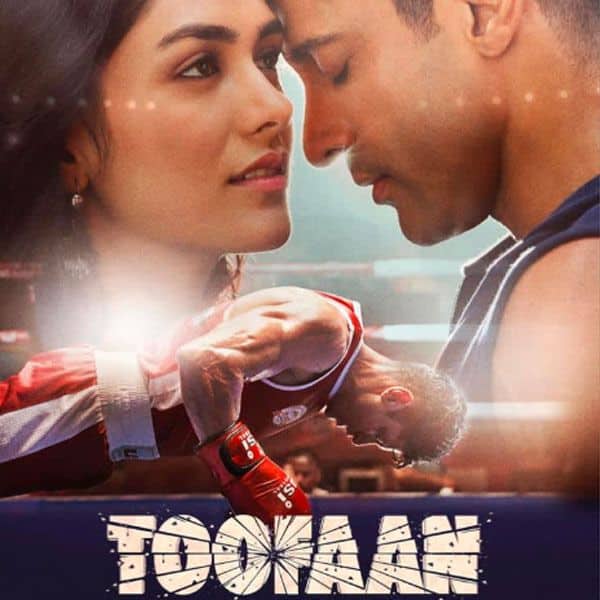 Toofaan is a 2021 Indian Hindi-language sports drama film directed by Rakeysh Omprakash Mehra and starring Farhan Akhtar as a national level boxer, alongside Mrunal Thakur and Paresh Rawal in supporting roles. After 'Bhaag Milkha Bhaag', Rakeysh Omprakash Mehra, Farhan Akhtar and Shankar-Ehsaan-Loy have come together once again in 'Toofan'. The movie released on 16 July 2021. Toofaan is an Action Sports Drama film. Farhan Akhtar is in the lead role and the story revolves around his own character Aziz Ali aka Ajju Bhai. But his life changes overnight, as he falls in love with Dr. Ananya. Mrunal Thakur is in the character of Dr. Ananya. She tells Aziz Ali to choose for himself whether he wants to be Ajju Bhai or Aziz Ali, a respected boxer? Growing up in the orphanage, Ajju aka Aziz Ali (Farhan Akhtar) is a goon of Dongri. He is good at heart but circumstances have made him goon. When Aziz meets Dr. Ananya Prabhu (Mrunal Thakur), his life starts on a new path. Both start loving each other. The makers have taken the risk of showing the love story of a Muslim boxer and a Hindi doctor here. Ajju decides to become boxer Aziz Ali. Coach Nana Prabhu (Paresh Rawal) supports him in fulfilling his insistence. The film 'Toofan' is the story of a boxer making a comeback after losing everything. The story moves from Dongri to Delhi after coming into the mainstream of Maharashtra. The movie also showcase corruption in sports federations.