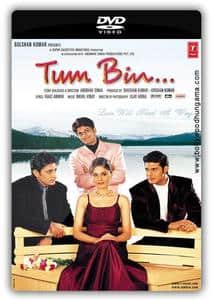 Tum bin - love will find the way (hindi: तुम बिन, meaning: without you) is a 2001 hindi movie directed by anubhav sinha. it starred priyanshu chatterjee, sandali sinha, himanshu malik and rakesh bapat. the film was a sleeper hit at the box office, and the song koi fariyaad sung by legendary ghazal singer jagjit singh is considered one of the greatest ghazals in modern day bollywood movies. tum bin is considered as one of the best romantic film`s of bollywood.