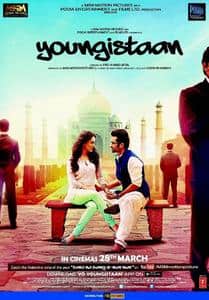 Youngistaan is a bollywood film directed by syed ahmad afzal released on 28 march 2014. it stars jackky bhagnani, neha sharma, farooq sheikh, deepankar de and kayoze irani in lead roles. it is a remake of the blockbuster hit telugu film leader. the film is a love story set against the backdrop of indian politics.sheikh's performance as akbar patel was notably praised.