10 pics of Priyanka Chopra that REVEAL the actress' FAV pose! 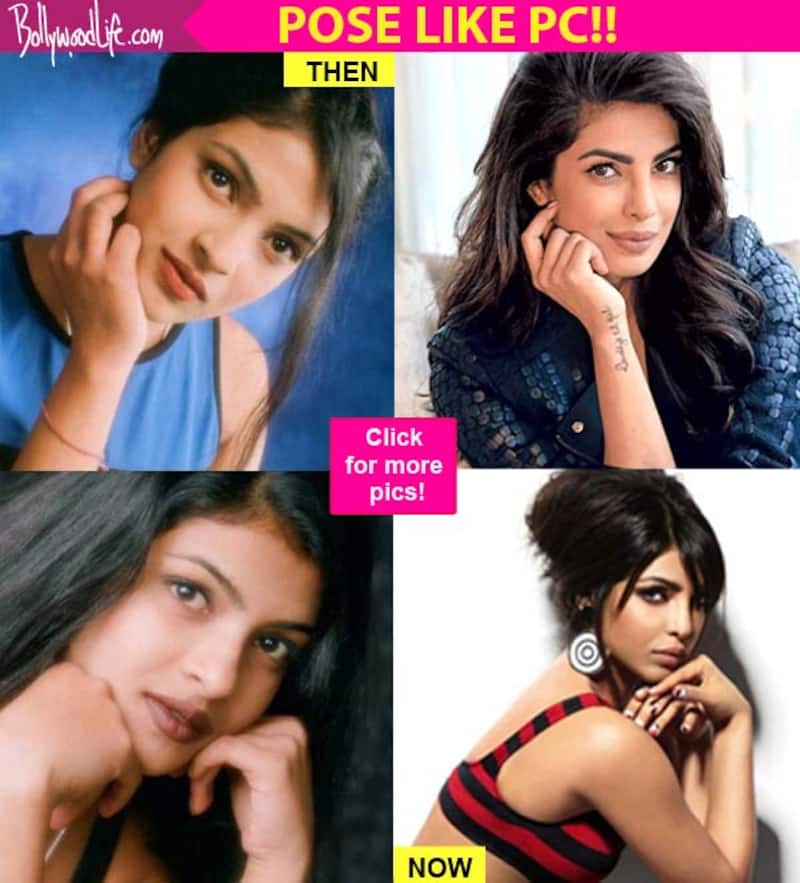 Over the weekend some old stills of the Quantico babe went viral. And seems like even PC couldn't stop getting nostalgic...

Priyanka Chopra's recent Facebook post reveals three things about the actress. First that she will remain gorgeous forever... Second that she's like wine getting better with time and third that this Baywatch hottie has a favourite pose! Yes, Priyanka who has awed us with her diverse roles and sexy appearances shared a picture of her when she was just 18. We must tell you that she looked naive and really innocent, not to forget beautiful as ever. Priyanka then wrote a caption on two of her pics from then and now on her social media page, "I've always seemed to like resting on my wrist .. 17 to now.. ‪#‎timeflies‬". Also Read - Aamir Khan spots a BIG MISTAKE in Lagaan; here are times when stars exposed goof-ups in their big hits

We did a little search and found that Priyanka indeed loves to rest her face on her wrist. Here are ten pictures where the Exotic actress has struck the same pose. Anyhow the actress manages to look stunning in all of them Also Read - Raksha Bandhan 2022: Riddhima Kapoor Sahani, Siddharth Chopra and more siblings of Top Bollywood stars who are successful entrepreneurs

Priyanka is currently busy with her international projects Quantico and Baywatch. The actress was recently in India to collect the Padmashree Award for thirteen successful years in Bollywood. Priyanka clarified that unlike what is expected she will not don a bikini in Baywatch. The actress also revealed that she plays a corporate baddie who is against Dwayne Johnson's team trying to protect marine life. While PC is busy filming in the US her fans back in India cannot wait to find out what her next Hindi film will be. Buzz was that the actress will be a part of Shah Rukh Khan's Don 3. We hope that the actress makes an announcement of her Bollywood project soon. For more Bollywood scoops and gossip come back right here! Also Read - Raksha Bandhan 2022: Shah Rukh Khan hailing Lalarukh as ‘very intelligent’, Akshay Kumar calling Alka ‘Devi’ and more praises heaped by Bollywood stars on their sisters