Though there is no official confirmation yet from either of the side, these pictures are enough proof that Iulia is indeed looking forward to be a permanent member of the Khan family.

After the Romanian tabloid carried the news of them being secretly married, we wonder if it was evident always and we just chose to turn a blind eye to it.

Now that there is news about Salman Khan secretly tying the knot with his girlfriend Iulia Vantur, we wonder if it is a mere rumour or there is some truth behind it. Salman met Iulia in year 2010 when he was shooting Bodyguard and if rumours are to be believed, there were some instant sparks between them. Salman even promised Iulia that he would introduce her to his pals in the industry to get her work. Later in 2012, Iulia visited India and was seen staying at actor’s Panvel farmhouse from where she attended her auditions for movies and TV. Also Read - Worst dressed celebs of the week: Alia Bhatt, Shilpa Shetty, Iulia Vantur fail to score on the fashion charts

Salman's fondness for Iulia grew and soon she was spotted at Khan’s family outings. Right from their dinners to movie screenings, Iulia is invited everywhere and the family too seems to have developed a liking for the Romanian beauty. Since the time Iulia landed in Mumbai, she has been spotted around the Dabangg star now she is even considered as a permanent member of the Khan family. The Sultan star too makes a point that he has Ms Vantur besides him every single time, which further adds fuel to the fire. So to refresh your memory, we bring to you, a list of ten different occasions which makes it evident that Iulia is all set to become the Khan bahu and she can no longer hold her excitement for this. Check the occasions below and let us know, if you agree with us. Also Read - From Aishwarya Rai Bachchan to Katrina Kaif: 5 times Salman Khan failed to culminate his love into a marriage

Iulia bonds with Salma Khan Also Read - Eid 2021: When megastars like Shah Rukh Khan, Salman Khan and others bonded on the occasion of this auspicious festival – view pics 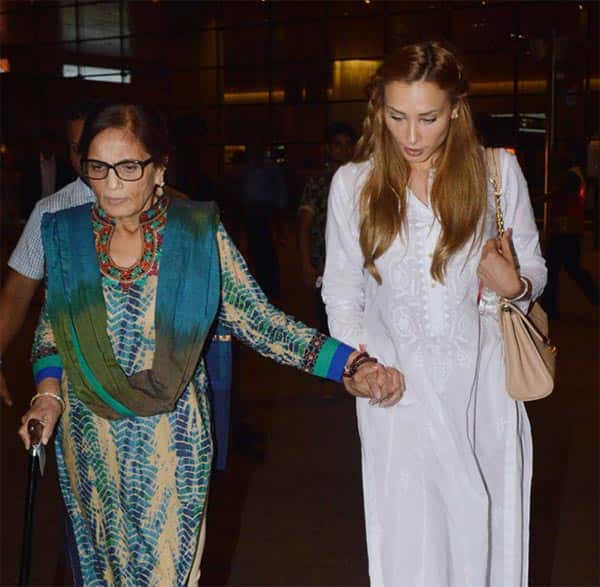 The actor was returning from Punjab after wrapping the shoot of Sultan and it was during this time that he was spotted with his sister Alvira, mother Salman Khan and his girlfriend Iulia Vantur. The family was seen leaving the airport along with Ms Vantur and throughout the time, Salma Khan was spotted holding Iulia’s hand. A sweet gesture indeed! Seems like she has already accepted her as the Khan bahu. 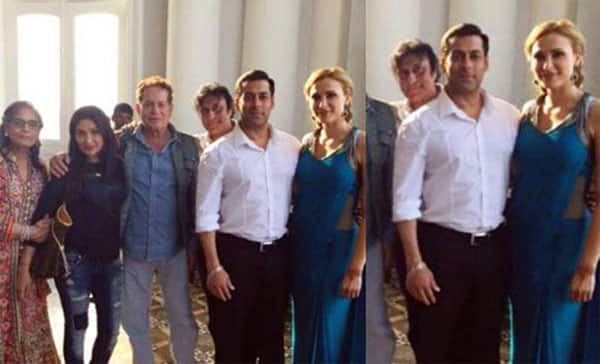 Salman’s sister Arpita Khan got married in 2014 and her wedding was a grand affair. Arpita is so close to Salman and so her wedding was a very crucial event of his life. Iulia was spotted with the entire Khan family and her presence on such an important occasion only proves how serious the whole matter is for Mr Khan. 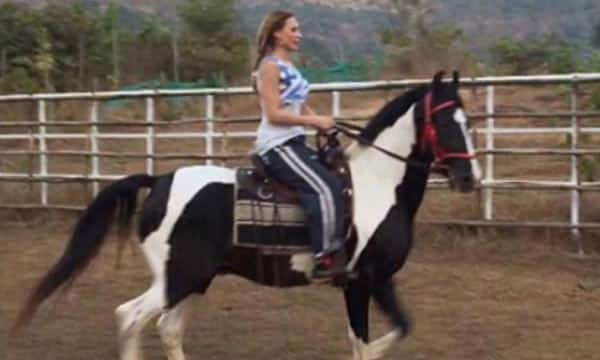 Salman Khan’s loves his horses and he has them at his farm house in Panvel. Iulia too is equally fond of them and she was even spotted riding them at his farmhouse. Reports also suggest that, it is this similarity between them that has brought them closer than before. 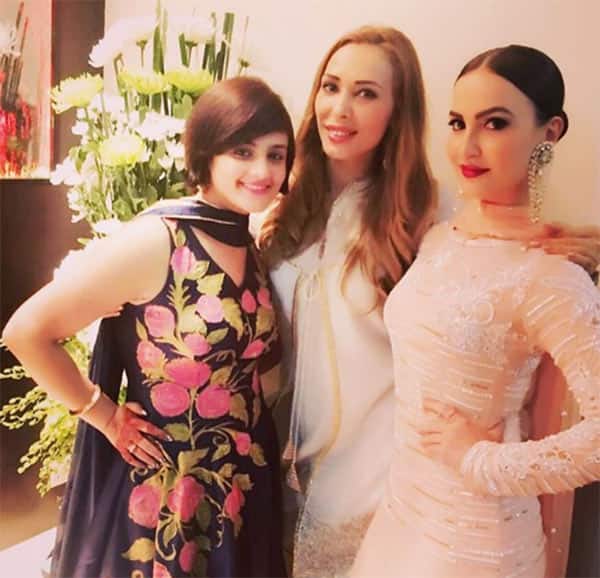 This year Salman Khan hosted Eid bash at his residence and Iulia was obviously present there, Throughout the evening, Iulia was seen bonding with Salman’s friends and acquaintances like Ellie Avram, Shweta Rohira. 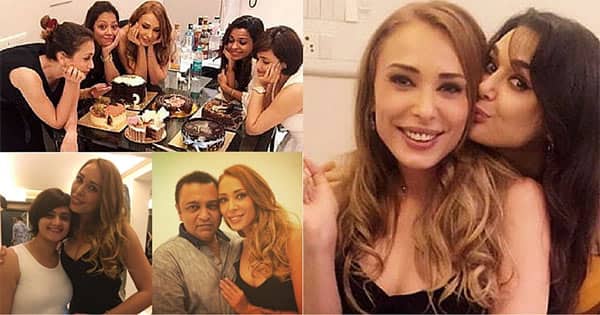 Salman Khan just proved how adorable boyfriend he can get. He hosted a special birthday bash for his ladylove and invited all her close friends from the industry including Priety Zinta and Sooraj Pancholi. Not to forget, his sisters played great hosts throughout the evening which proves that they have accepted Iulia. 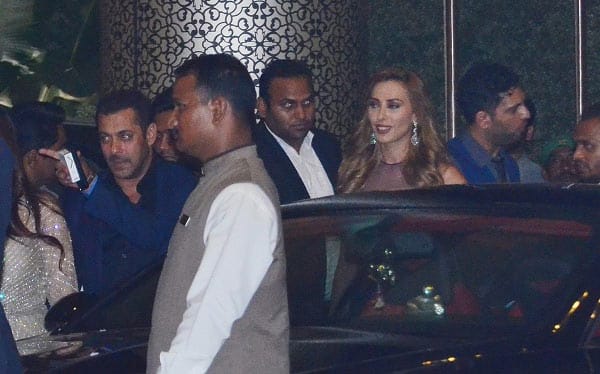 This year when Preity hosted her wedding reception party in the city for her B town friends, Salman Khan made his presence felt with Iulia besides him. They attended the event together and with this gesture Salman just took his relationship with Ms Vantur, a step ahead. 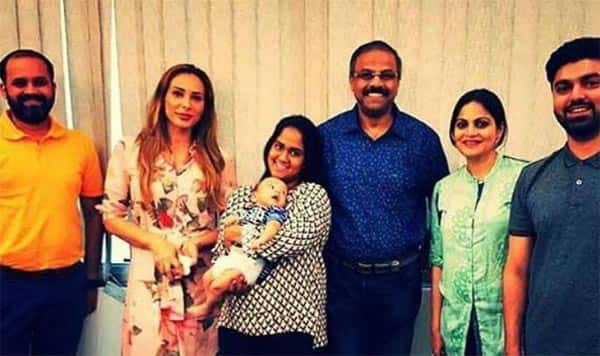 Salman’s sister Arpita recently delivered her first child Ahil. All the industry folks wanted to visit Arpita and meet her new born Ahil including Priyanka Chopra. So it didn’t come as a shock when Iulia too was spotted besides Arpita when she visited her to meet Ahil. 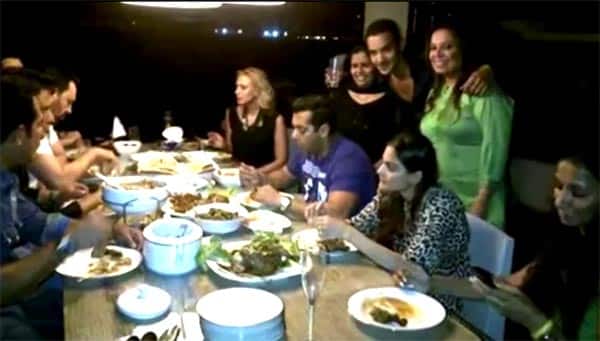 This was probably the first picture when Iulia was spotted with the entire Khan family. The picture has Iulia having a gala dinner with Salman and his family. It was after this picture that the news of two being a couple became evident and since then there is no looking back. 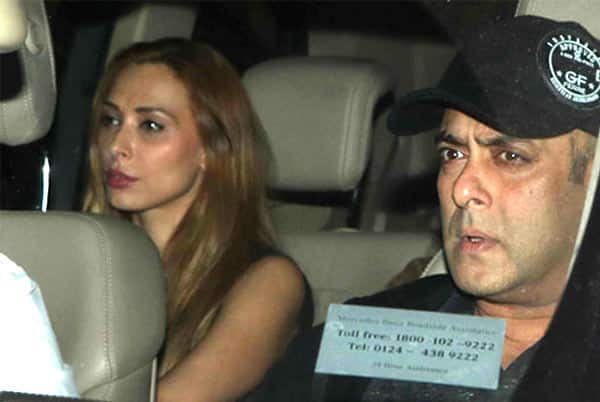 There are numerous occasions when Salman is spotted with Iulia these days. Right from attending various movie screenings to making appearances at someone’s wedding together. They are always together and if this does not mean they are couple then what else does it mean? 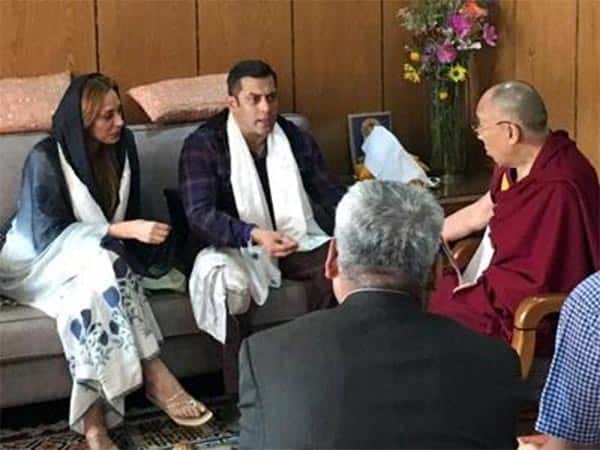 This time too, Salman asked Iulia to accompany him to Leh – Ladakh where he was shooting for the first schedule of his next film Tubelight. Post wrapping the shoot, Salman even visited the great Dalai Lama and yes Ms Vantur was with him. She too was with the Sultan star and was seen seeking his blessings. The two lovebirds define the term,’perfect couple’ very well. Don't you think?