10 shocking REVELATIONS made by Aamir Khan on Aap Ki Adalat!

Aamir, who put up a brave front to many hard-hitting questions thrown in his way, poured his heart out and answered all the questions perfectly at the Aap Ki Adalat.

Mr. Perfectionist has a lot to say and you better listen!

After falling prey to many heated controversies, Aamir Khan is finally back and how! The actor was recently seen at Rajat Sharma's popular show Aap Ki Adalat where he spoke his heart out to the allegations based on popular opinion. Also Read - Aamir Khan gets trolled for new firecrackers ad; BJP MP claims it's creating 'unrest among the Hindus'

Aamir, who put up a brave front to many hard-hitting questions thrown in his way, poured his heart out and answered all the questions perfectly so much so that he even let the audience ask him about the current pressing issues. From clearing the air about his intolerance remark to talking about working with Shah Rukh and Salman in a film, Mr. Perfectionist did not indulge anyone in guessing games this time. He spoke loud and clear about each controversy he has been dragged into till date without even thinking twice. However, he tactfully avoided the question on the ongoing JNU row by saying that it will lead to another controversy. Also Read - Before Rahul Vaidya, THESE 9 Bollywood celebs received death threats for SHOCKING reasons

So we have picked out ten statements made by him that are DEFINITELY worth a read even if you are Aamir fan or not. Check it out! Also Read - Kareena Kapoor Khan calls Laal Singh Chaddha a special film, says 'Aamir Khan has gone through a lot'

On being India’s brand ambassador

“For me, my motherland is my mother, not a brand. I can never view my mother as a brand”

On his intolerance remark

"I never said, India was intolerant. I was wrongly quoted...To say about rising intolerance and to say India is intolerant are two different things."

“Those who speak of breaking up this vast country, such people are present in all religions, Only Modiji can stop them. After all, Modiji is our PM, we have to tell him.”

On the allegations of degrading Hindu religion in his film PK

“It was only a character playing the role of Shiva in a play, who was made fun of, in a particular situation. After all, Lord Shankar is Almighty, how can we dare make fun of him?"

“Incidentally Salman’s film is coming before mine. Sultan will be released first so it is but obvious that you guys will go watch Sultan first and just like you even I am a big Salman Khan fan. So even I want to watch his film eagerly and I am sure he must have performed really well in it.” 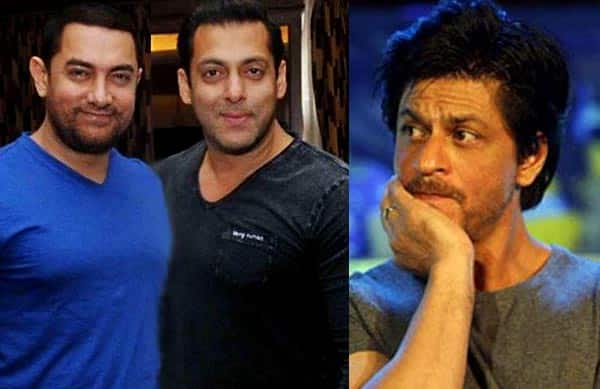 On the issue of Kashmiri Pandits

“My heart cries even today for them. It is shameful, and I appeal to people living in the valley to bring the Kashmiri Pandits back."

On not being a constant part of social media

“Sometime I look at the comments and laugh it off. Some people have an amazing sense of humour so I read it and laugh out loud.”

“I took this matter to the police because I feel like in the recent past, few people have been trying to malign my image in public. There were pictures of me standing with terrorists and then there were fake interviews where I was quoted wrong. So I thought it would be better to take this up to the legal authorities so that they can handle the situation from thereafter.”

“Only Rajat Sharma can get the three of us together in one frame so whenever Rajat ji will produce a film, we will do it."

On working with Sunny Leone

“I am not promoting anything. I am a person of soft nature and I feel like whatever or whoever is in front of you, you should respect it. Sometimes people have their own restraints so instead of looking at their choices with disgust, we need to create such environment in which they don’t feel compelled to do such things.”