10 unusual achievements Akshay Kumar has in his kitty during his 100 plus film career!

Akshay Kumar is not called Khiladi Kumar for nothing!

If we have to list actors who achieved late renaissance in their career, we are sure Akshay Kumar would make it to the top ten of the list, and may even top the list as well. Also Read - Trending Entertainment News Today: New release date of Akshay Kumar's Bell Bottom, Khushi Kapoor's bikini top goes viral, Bombay HC reacts to Shilpa Shetty's plea and more

Akshay Kumar started off in the late' 80s, first as a dancing star in the forgettable dancer, and later as an action star courtesy the Khiladi series. Like Shah Rukh Khan, he is one of the rare few stars who entered Bollywood without any family connections and then to be a big name there. Though a few of his action films in the '90s like Khiladi, Sabse Bada Khiladi, Main Khiladi Tu Anari et al did make money, he was never considered a huge star then, and critics often called him a wooden actor. Also Read - Trending South news today: Prabhas to lock horns with Mahesh Babu and Pawan Kalyan, Nithya Menen joins the cast of Ayyappanum Koshiyum remake and more

In the early '2000s, he shifted to comedy and that transition gave a huge boost to his career, thanks to one film called Hera Pheri. He gave more hits in the genre like Awara Paagal Deewana. However, people were still not considering him as an actor. That opinion began to change with his cop act in Khakee, and later his scene stealing turn in Mujhse Shaadi Karoge. Now Akshay Kumar is one of the most bankable stars in the industry, giving consistent hits back back. He is the only superstar who can confidently balance a realistic film like Airlift and a commercial entertainer like Housefull 3 within the gap of just a couple of months. Also Read - Bell Bottom: Akshay Kumar to be finally seen on the big screen; film to hit theatres on THIS date

Akshay Kumar may also be the only superstar of his generation with more than 100+ films in his kitty. Apart from these big ones, she halso has some special unusual achievements in his filmography which neither a Shah Rukh Khan or Salman Khan can claim.

Here are 10 unusual ones that Akshay Kumar has managed to garner in his illustrious career, that perhaps no one has achieved

Sure, SRK has a two scene debut in the TV movie In Which Annie Gives It To Those Ones, but at least it was a speaking part. Akshay Kumar made his debut as an unnamed karate instructor where he is getting his ass kicked by a girl for about seven seconds. That too without even a single dialogue!

# The only actor of his generation to play Bond 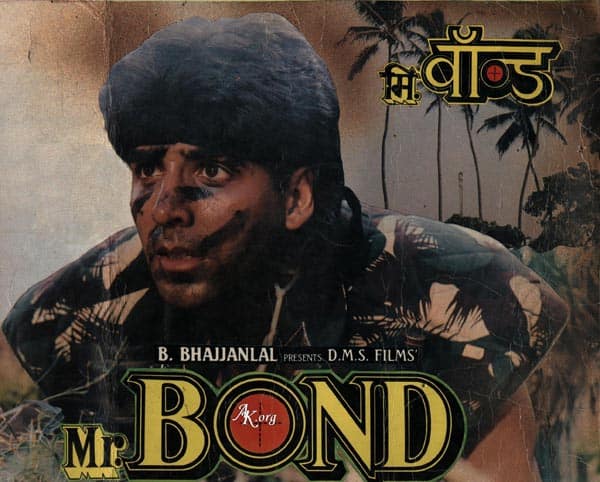 Even if it was a ripoff, he did play a Bond surrounded by babes! Just don't let Daniel Craig know about this...

# Has a whole franchise that only he can claim to 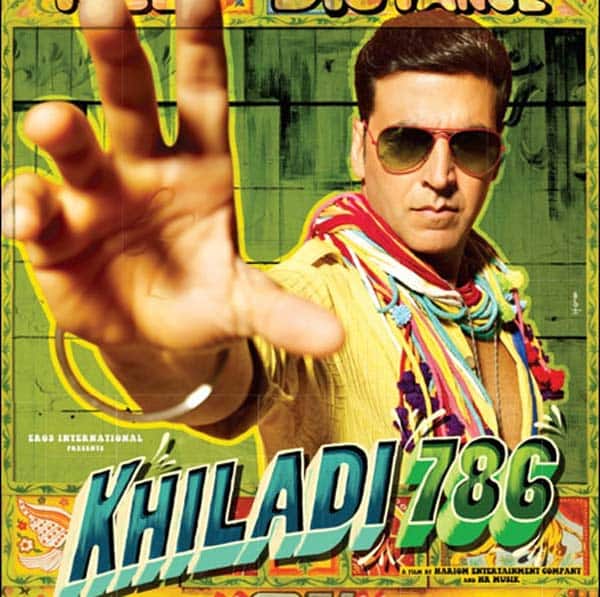 Is there any Bollywood actor who can claim a franchise name like Akshay Kumar did with Khiladi? Sanjay Dutt is still dreaming of a third Munnabhai film, while Dabanng 3 is in planning stages for a long time. As for the films with Khiladi in the title, we have totally lost count of them! 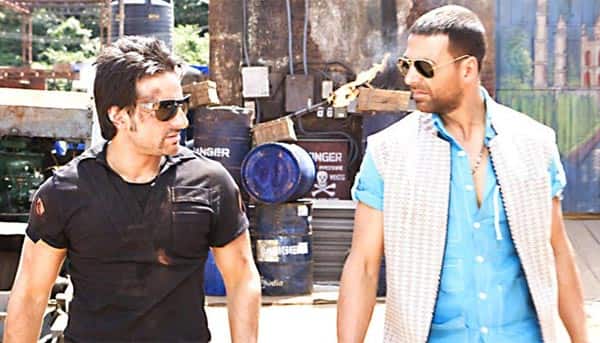 For some reason, many of our Bollywood heroes these days have an aversion to do multi-starrer films as they feel their co-stars would eat up their roles. Not Akshay, though! His maximum hits have been with other heroes like Main Khiladi Tu Anari (Saif Ali Khan), Mohra (Suneil Shetty), Dil Toh Pagal Hai (Shah Rukh Khan), Hera Pheri (Suneil Shetty), and of course the Housefull franchise. He has won the Filmfare award for the Best Villain (Ajnabee) and also the Best Actor in a Comic Role (Garam Masala), but has never won a proper Best Actor award, even though he has been nominated several times. For a man who has given us Airlift and Special 26, it's very strange!

#Has played a snake...or rather a man, possessed by a snake! 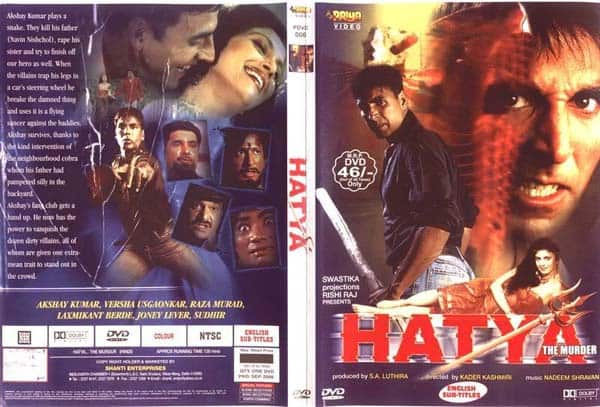 Aamir Khan may have played a snake charmer in Tum Mere Ho, but none of the current generation stars might have played a man possessed by a snake, like Akshay did in the much delayed and long forgotten Hatya: The Murder. He also gets another weird achievement of being...

# The only current superstar to gets his ass kicked by a snake (or rather Armaan Kohli)!

Poor guy! What people do for money!

# Has played the hero and villain in the same movie, thrice

It's not unusual for an actor to do double roles in film, but Akshay Kumar had not only played double roles in a few films, he has also played both hero and villain in the same film, like Khiladi 420, Aflatoon and Tasveer 8x10. The closest was Shah Rukh Khan in Duplicate and Don.

# Has taken on The Undertaker

All hail the Khiladi Kumar for having the guts to take on the most famous WWE star in Khiladiyon Ka Khiladi.

Do you even remember which film was this above super stunt from?