Get ready to be blown away! 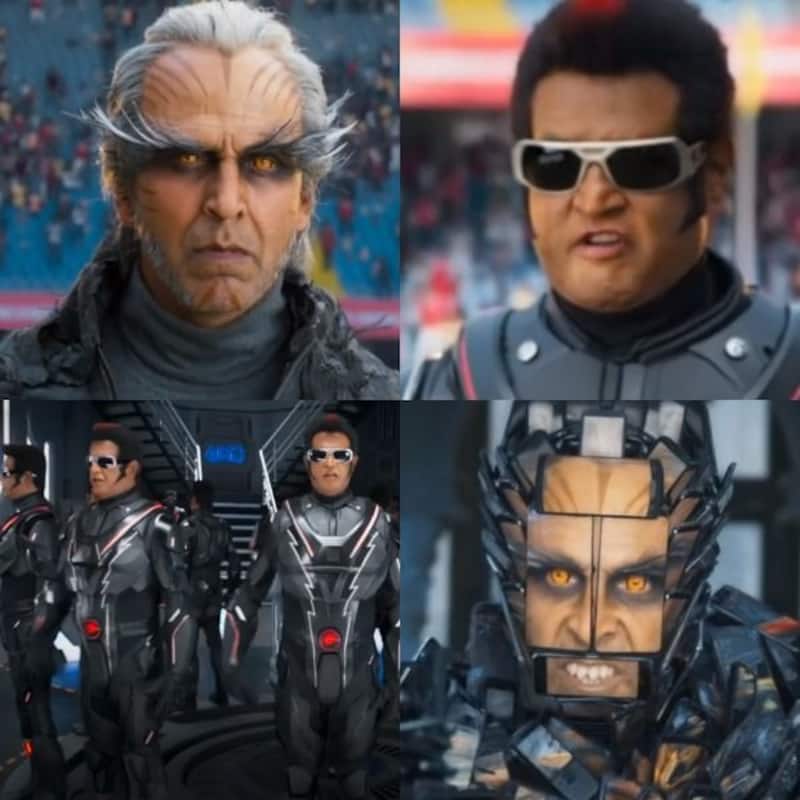 The wait is over fellas and it's here! The trailer of biggest and most ambitious films of the year - Shankar's epic magnum opus 2.0 featuring none other than South superstar Rajinikanth and Bollywood's most dependable Akshay Kumar aka Mr Khiladi! The hype began with the teaser of mega-budget sci-fi venture on the auspicious occasion of Ganesh Chaturthi. The promo received an overwhelming response from the movie buffs on the social media and raised our expectations from the film. The producers even unveiled posters to pique anticipation and it worked while reminding us that more than Rs 500 crore has been spent on the VFX in the film making it the most expensive Indian project till date. And while all that was thrilling, the trailer has gone ahead and beyond the expectations. (Also Read: Dear Rajinikanth, Akshay Kumar and Shankar, here's my personal wishlist for the 2.0 trailer) Also Read - Cuttputlli: Akshay Kumar gets trolled for flop films, consecutive releases and more; netizens say, 'Thoda Tham Jaa Bhai' [Read Tweets]

We were the first ones to tell you that Akshay will be seen in the trailer for the Rajini sir for a pan-India approach and it has turned out exactly like that. While fan-following and box-office collections of recent movies favoured Akshay in getting more screen time, Chitti the robot delivers it short and sweet in the action-packed video. In fact, it's a reloaded version that fans will love. Having said that, Akshay Kumar's fierce and eagle avatar is something to watch out for. But hey, we missed Chitti going 'Cuckoo!' Akshay himself took to Twitter to share the --- minute trailer and wrote, "The D-Day is here...It’s #2Point0TrailerDay! Wait no more, watch the #2Point0Trailer now @2Point0Movie @DharmaMovies @LycaProductions #2Point0." Watch the spectacle here! Also Read - Ranveer Singh, Akshay Kumar, Ajay Devgn, Tiger Shroff and more Bollywood stars' recent box office average and how they rank

Told ya! Like we said, the decision of pushing Akshay was taken by the makers to get a wider reach as he enjoys a huge fan base pan India and this will definitely help the film to earn well at the box office. Produced under the banner of Lyca Productions, the film also stars Amy Jackson, Adil Hussain and Sudhanshu Pandey in pivotal roles. Also Read - Throwback Thursday: When Akshay Kumar's Saugandh costar Shantipriya revealed how Akki made fun of her dark knees in front of 100 people

BL Says: The trailer delivers on all aspects and is a visual treat for fans. Jaw-dropping VFX and an intense tug-of-war will keep you at the edge of the seat! Needless to say, it's a Diwali Bonanza for all the fans.