21 Sarfarosh - Saragarhi 1897 trailer: Mohit Raina will finally make you get over his Devon Ke Dev Mahadev avatar with this historical drama

You can't miss this trailer of Mohit Raina's 21 Sarfarosh - Saragarhi 1897! 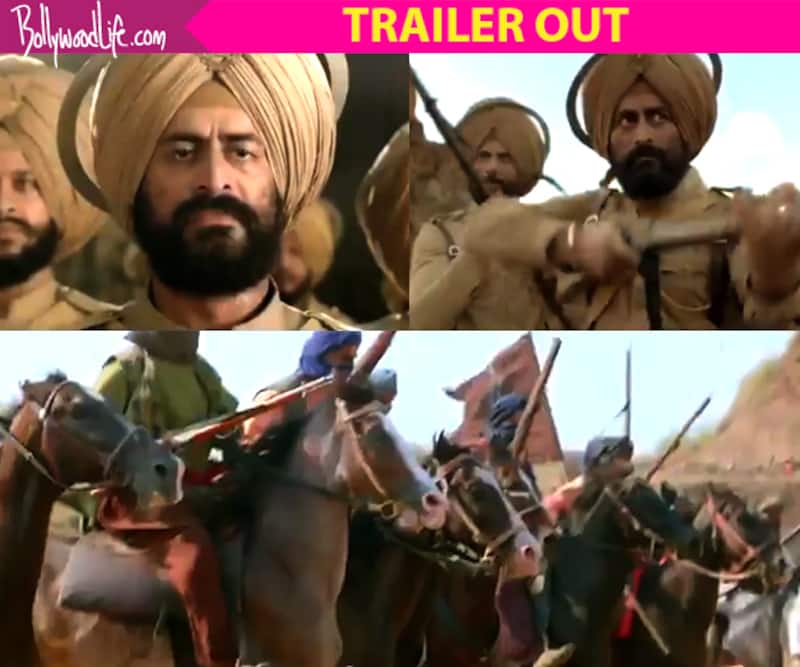 21 Sarfarosh - Saragarhi 1897 is the perfect show for Mohit Raina and vice versa. I have literally seen the trailer on a loop multiple times during the day. The trailer will impress you and get you really excited about the show. This will officially make you get over Mohit as Mahadev in Devon Ke Dev Mahadev. The actor had become a superstar when he played Lord Shiva. In fact, he is the only actor who has portrayed the God perfectly. He became so popular as Lord Shiva that people didn't accept him as Chakravartin Ashok Samrat. Well, not as much. But 21 Sarfarosh - Saragarhi 1897 is here to change all of that. Also Read - Devon Ke Dev Mahadev actress Sonarika Bhadoria gets engaged to Vikas Parashar; fans and celebs shower love on the couple [View Pics]

Mohit plays a Sikh soldier, Havildar Ishar Singh, on the show which will be aired on Discovery Jeet channel. The channel will be launched soon along with a couple of shows that are quite intriguing. The show is based on a real life story of 21 brave soldiers of 36th Sikh regiment of the British Indian Army which defended an army outpost at Saragarhi in the North-West Frontier Province against an attack by over 10,000 Pashtun and Orakzai tribals in September 1897. In fact, Akshay Kumar, Ajay Devgan and Randeep Hooda have also sought inspiration from the same story which will be adapted as films. (ALSO READ: 21 Sarfarosh: Saragarhi 1897 teaser: Mohit Raina plays the role of Havildar Ishar Singh in this epic tale – watch video) Also Read - Hina Khan, Barun Sobti, Sunil Grover and more popular TV celebs who are making a mark on OTT

But the teaser of Mohit's show looks no less than a movie. Not to mention Mohit's diction and the production value of the show speaks volumes about how amazing it's going to be. I'm pinning all my hopes to this show and really hoping that it turns out as good as the trailer. Check out the trailer right here. Also Read - Cezanne Khan, Shaheer Sheikh and more TV hunks who found true love and tied the knot after the age of 35

Mohit is the only person who could have pulled this off so brilliantly. We are super impressed with Mohit and the entire feel of this trailer. What are your thoughts on it? We bet you loved it, too. Tell us what you think in the comments below and stay tuned with us for more.