3 reasons why this picture of Sonam Kapoor is so NOT hot!

I’m a huge fan of the way Sonam Kapoor carries herself in every attire she dons. Be it a saree, a thigh high slit gown or a bikini, the actress surely knows how to work each look with oomph and confidence. The beauty has been featured on leading fashion magazine covers since years now and has given us some rather sizzling photoshoots. The latest one for Vogue, however, doesn’t do much for me. And here's why... Also Read - Jannat Zubair's modern day bridal avatar will set your hearts on fire – view pics

When I look at this picture, I can’t seem to get over how ‘made-up’ Sonam looks. The beauty has been seen in several photoshoots and has looked natural and breezy. In this one, however, the visuals come across as highly photoshopped. Be it the actress’s features or the overall way in which the visuals are presented, Sonam comes across as dolled up. Also Read - 'Ghar basa le,' Aastha Chaudhary recalls how Sidharth Shukla reacted on learning about her roka in a conversation days before his demise

Been there, done that

This isn’t the first time Sonam has dared to bare. The actress has pulled off such photoshoots before and I clearly remember her classy pose for GQ where the beauty was seen donning a white suit, seated on black and white striped chair and holding a cigar in one hand. 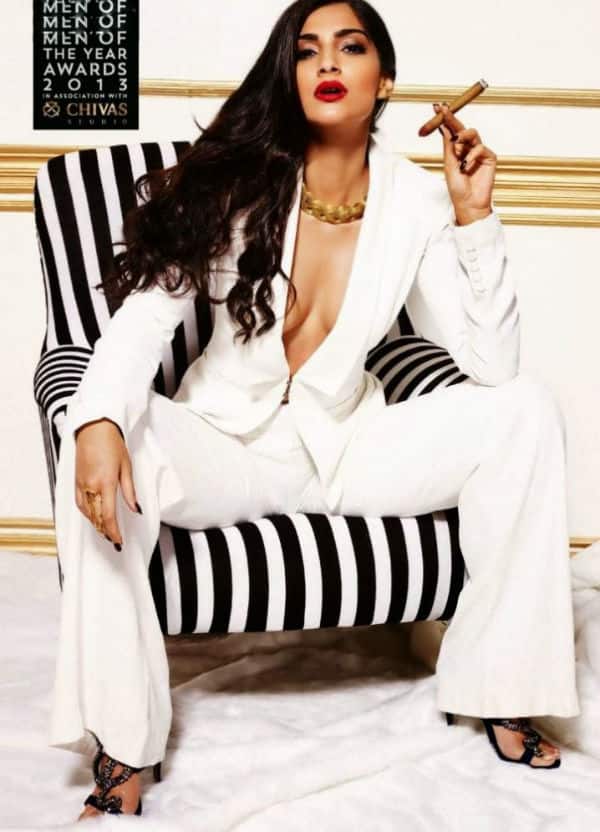 Now that picture, left a lasting impression on my mind and I was blown away by the confident manner in which Sonam carried herself on the cover. When I compare her current photoshoot to that one, I’m left thinking that the actress could have been made to do so much more. Plus, why repeat the white suit stint again? We have seen it before. So why not give the actress a chance to shine in some other way?

Is skin show hot? Well most people would say "obviously." I however, disagree. Sex appeal to me doesn’t lie in a person’s clothes. Hence, just because Sonam’s cleavage is prominently visible in the photo, it does NOT mean that she is looking “sexy,” “sizzling” or all those other adjectives in the genre. Hence, to those thinking that this picture is obviously hot since Sonam’s cleavage is in focus, I beg to differ.

What do you have to say about her picture? Post your comments in the box below!