The actor makes fun of everyone including Jacqueline Fernandez....

Arab Indo Bollywood Awards 2015 was, in Devil Salman Khan's words, too much fun. If he wasn't ensnaring everyone with his unique dance moves on stage, the actor was busy pulling everyone's leg there. But Jacqueline Fernandez will not get any 'Kick' out of it. However, that wasn't the only thing that was momentous on the show. Here are some moments that became cheekily funny, thanks to Salman Khan. Also Read - AIBA 2015: Priyanka Chopra grooves to Dil Dhadkne Do and the crowd erupts!

Salman was called on stage to give away the Best Debut Director award to Sajid Nadiadwala for Kick and the actor made the most of it, including a Kick 2 announcement. He said, "I Love U Grandson, I'll See u in KICK 2 ! Not U Jackie, We'll Find Someone Else in KICK 2." Also Read - AIBA 2015: Shahid Kapoor, Priyanka Chopra, Kangana Ranaut win big! 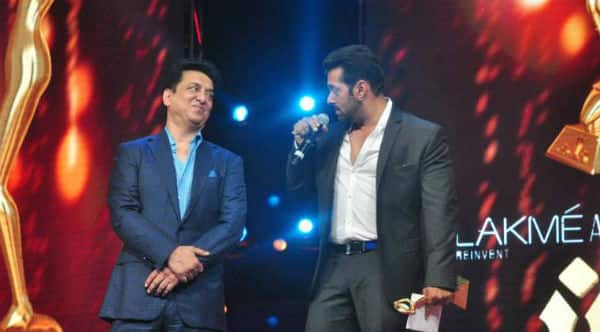 Also Read - When Salman Khan joked about his 2002 hit and run case on the AIBA stage!

Guess he suddenly remembered Jacqueline Fernandez or his Jackie might not like the annoucnement much and so he cushioned it by saying, "Mein Tere Peeche, Devil Bhi Tere Peeche Too Much Fun." We can imagine Jacqueline giggling away to glory! Who can resist that!

But the highlight of the show was when Salman Khan and Anil Kapoor got into a contest on who can touch each other's feet first. No points for guessing who won! It ofcourse was Salman but he won it not by touching his feet but by saying this, "Sir Aapki Beti Meri Picture mein Mere Opposite hai." Weird Bollywood!! 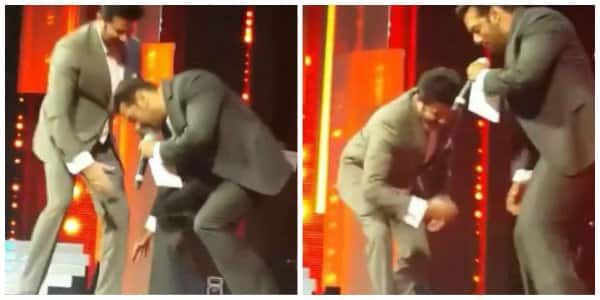 If you are content with that, check out the video here:

It got even bigger at the actor's entry during his performance. He entered the stage like a Bigg Boss. Yes, sitting on a couch, waving to everyone, he did look like sab ka boss. 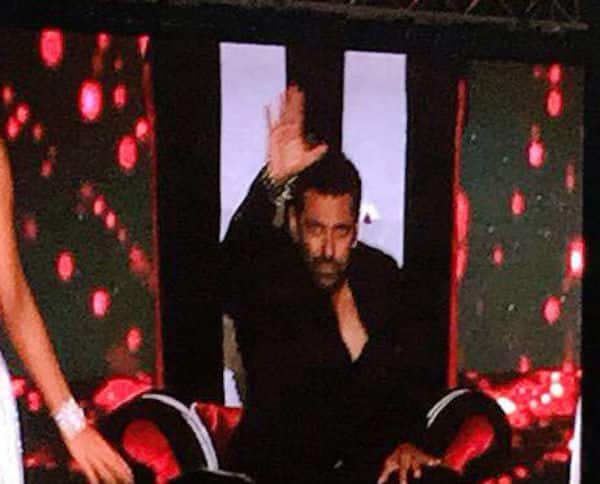 Well when you have Salman in the midst, the evening only gets exciting. So stay tuned for more updates!