Diwali is indeed one of the most favorite festive seasons for the entertainment industry.

Diwali is the biggest festival in India, not only for the audiences but also for the filmmakers to mint more money at the box office. Since the large number of audiences including families come out to watch movies due to national holidays, Diwali is indeed one of the most favorite festive seasons for the entertainment industry. As all the producers try their best to book this slot, sometimes it results to clashes, which affects the economics and business for the people who are involved with the respective films. Also Read - Tanhaji, Golmaal Again and more: 5 times Ajay Devgn proved he is the ultimate box office 'Clash King'

In the recent years, we have seen some of the ugliest and controversial clashes of Bollywood. Sometimes, the inevitable clashes have led to the fallout between the stars as well as the filmmakers. While some of them have sorted their differences, while some still share the cold vibes between them. We look at the 5 biggest Bollywood Diwali clashes in the recent times.

In 2006, the box office battle was between two of the biggest superstars of Bollywood - the two Khans - SRK and Salman with Don and Jaan-E-Man. Though the buzz around the two films was decent enough, Don emerged as a clear winner at the box office, thanks to the stylish and classy direction of Farhan Akhtar, with a superb twist in the climax. 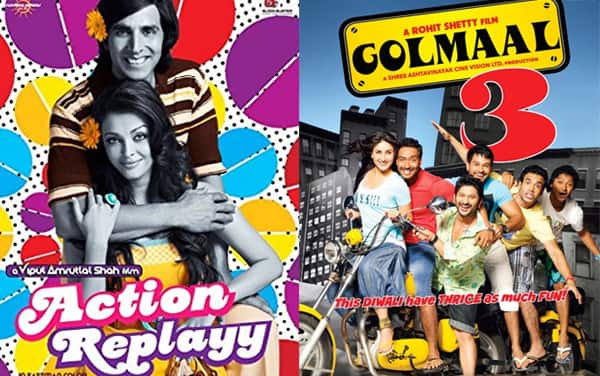 Superstars Ajay Devgn and Akshay Kumar had locked the horns in 2010 Diwali with Golmaal 3 and Action Replayy. The clash was expected to affect the business of both the films since both the films had a similar genre and were targeted to same audiences. Golmaal 3 had a goodwill of past 2 successful installments, while the trailer of Action Replayy had received a lukewarm response from the audiences. Ajay Devgn's Golmaal 3 performed extremely well at the box office and entered the Rs 100 crore club, Action Replayy turned to be a huge disappointment. 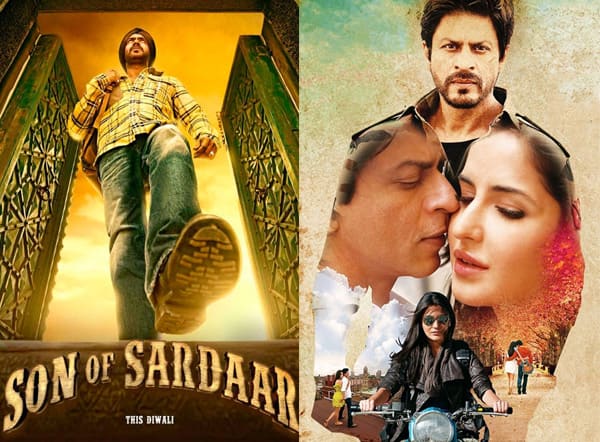 Shah Rukh Khan's Jab Tak Hai Jaan and Ajay Devgn's Son of Sardaar were one of the ugliest clashes of Bollywood. Ajay Devgn faced a lot of criticism for not averting the clash since Jab Tak Hai Jaan was Yash Chopra's last directorial venture. Though both the film performed well at the box office. SRK's JTHJ emerged as a bigger hit. 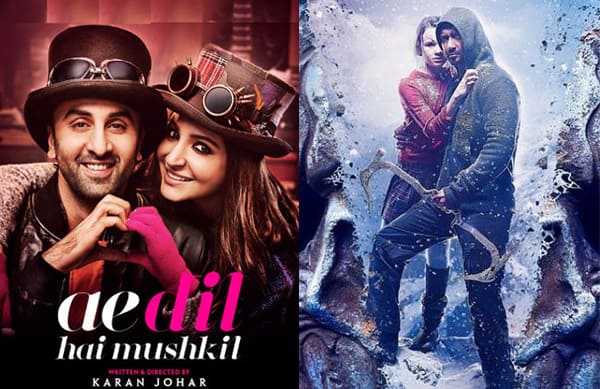 In 2016, we witnessed the clash between a classy film and a massy film. Ajay Devgn's Shivaay received good response from single screens and small centers, while Ranbir Kapoor's ADHM opened well in the multiplexes and the metro-cities. Both the films entered Rs 100 crore club but underperformed at the box office.