Make way for the hottest rock star Shahid Kapoor aka Tommy Singh! Sasha, take a bow man for pulling off the rock star avatar with such swag.

Who needs drugs when Shahid can give you the ultimate high!

Make way for the hottest rock star Shahid Kapoor aka Tommy Singh! Sasha, take a bow man for pulling off the rock star avatar with such swag. I mean I can't look beyond you in the film and now after this song, especially. Right from the trailer to the trippy, groovy songs, everything about this movie has received an outstanding response. So now that you have enjoyed the title track of the film Ud Daa Punjab. Get ready for the video. And believe me Shahid is going to leave you stunned with his high voltage performance in the song. As I have seen the video before the release, let me share some epic highlights that is sure to make your wait difficult: Also Read - Rohit Shetty, Amitabh Bachchan come together for Mumbai Police’s Nirbhaya Squad initiative; Salman Khan, Shahid Kapoor and more celebs react

#Shahid Kapoor's swag is the first thing you will notice. He gets it right and how! Also Read - Kartik Aaryan, John Abraham, Sidharth Malhotra and other Bollywood actors who look classy and sexier clean shaven

#This will definitely be one of the party anthems among the youngsters. You will witness some never seen before dance moves from Sasha. Also Read - 4 Years of Padmaavat: Ranveer Singh's transformation as Khilji will BLOW YOUR MIND – view BTS pics

#Let's dedicate this point only to his hotness. And you will agree with me (when you watch it) This time you will see him around a bevy of beauties and man, he's just jaw dropping.

# The overall aura in the song perfectly reflects his care-a-damn attitude! He's rockstar Tommy Singh after all!

#Last but not the least, Shahid’s tattoo Gabru definitely caught my eye. The way he makes his entry in the song with the punch; he nails it!

So hold on, and wait for epic stuff tomorrow. Believe me, the wait is worth it. Shahid would have never surprised you more! 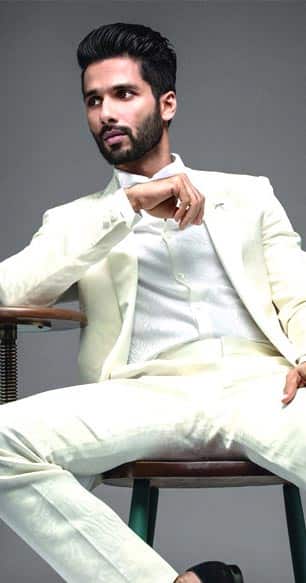