Shah Rukh Khan's son AbRam was pretty much interested in his phone than the match....Here's proof!

The internet cannot stop crushing over pictures of Shah Rukh Khan and Suhana from a cricket match that was held last night. The duo had stepped out looking amazingly good to cheer for their Team Kolkata which played its first match of the season and much to their relief, it also won the match by beating Team Bangalore hands down. Truly a moment of joy and happiness for the Khans. But while everyone was rejoicing this victory, one person who seemed pretty disinterested was SRK's son AbRam - yes, the same kid who used to LOVE watching matches with his daddy cool at one point in time. Also read: PICS! The many moods of Shah Rukh Khan and Suhana Khan as they cheered for their cricket team Also Read - Sonakshi Sinha is Reena Roy's daughter, Alia Bhatt is Pooja Bhatt's daughter, AbRam is Shah Rukh Khan and Priyanka Chopra's son: Bizarre rumours that rocked Bollywood

Until a couple of years back, AbRam was all about his cute antics. He would make sure to light up the moment at any given time and place by just smiling or sharing adorable banters with his dad Shah Rukh. However, this time it was an all together different scenario with AbRam literally being glued to his phone throughout the 3 hour match. Here, we have gathered a few pictures to show you how AbRam was more interested in his phone than the cricket match. Check em' out! Also Read - Filmy Friday: When Shah Rukh Khan got angry at a reporter and the reason was AbRam 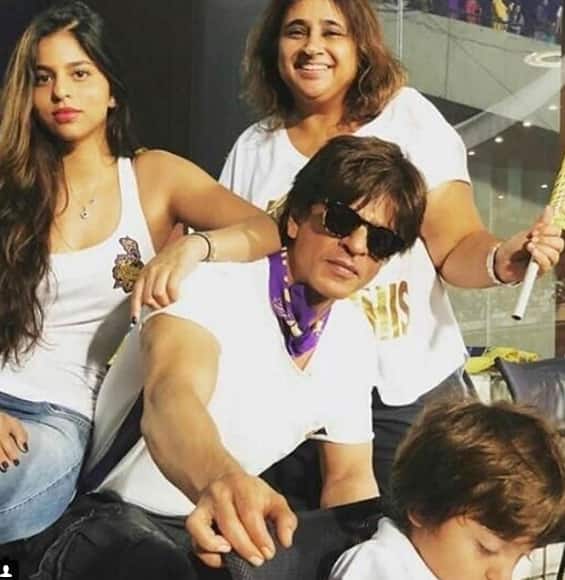 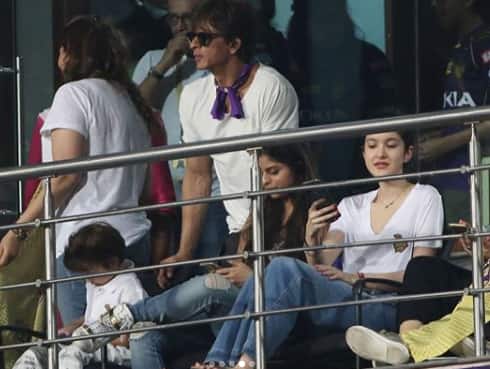 Guess, AbRam is already done with the paparazzi and the constant fan/media attention. When SRK was asked about AbRam's area of interests, he mentioned how his little champ loves playing football and is also learning taekwondo. Say for that matter, AbRam also enjoys skiing. Click HERE to see how he had won a championship recently. All in all, we really feel AbRam's interests lie in anything but movies.