Janhvi and Sridevi's these pictures are something you cannot afford to miss... 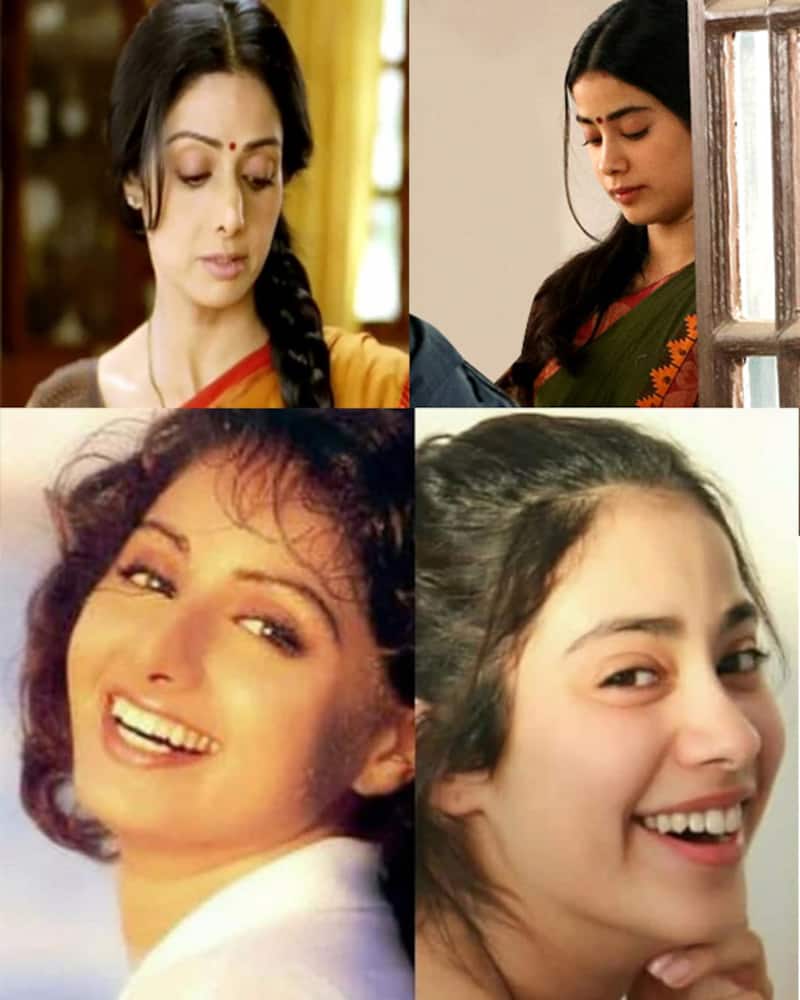 Janhvi Kapoor has resumed the shoot of Dhadak just 13 days after Sridevi's demise and the first pictures from the sets have taken the internet by a storm. The star kid, who just lost her mother, is devastated and while one expected her to be distracted as she got back to work, that was not the case. Janhvi was focused on her first day back on the shoot and impressed everyone on the sets. The debutante was seen in a desi avatar for the shot and looked like a mirror image of mother Sridevi. However, this was not the first time that the resemblance between the mother-daughter left us stunned. Earlier, too, on several occasions, we were surprised by how much Janhvi resembles Sridevi. Also Read: More power to Janhvi Kapoor as she resumes shooting for Dhadak – view pic Also Read - Aamir Khan, Akshay Kumar, Salman Khan and other stars who have worked in South remakes to stay on top of box office game

And it isn't just looks, Janhvi also shares a few habits and poses with mommy Sridevi. As we looked back on Sridevi's older images, we realized how Janhvi looks much like Sridevi did during her hey days. Right from the smile, the expressive eyes and the coy pose with the hand on the neck, Janhvi looks like a replica of her mother Sridevi. Check out the pictures below: Also Read - Hush Hush actress Soha Ali Khan opens up on the difficulties star kids have despite their privileges [Exclusive] 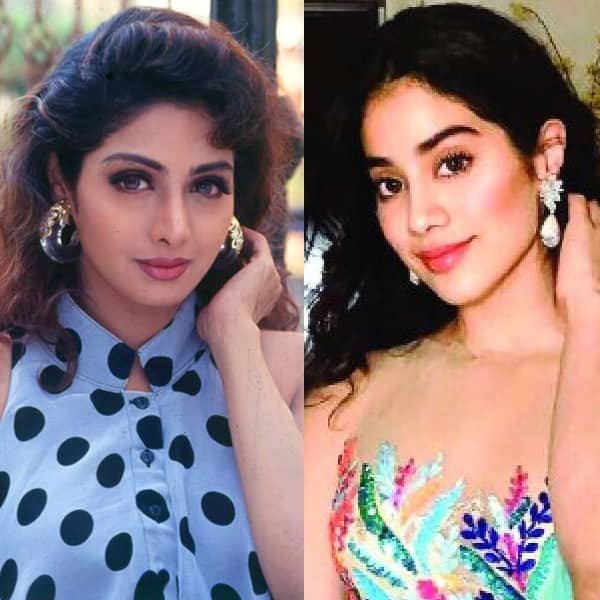 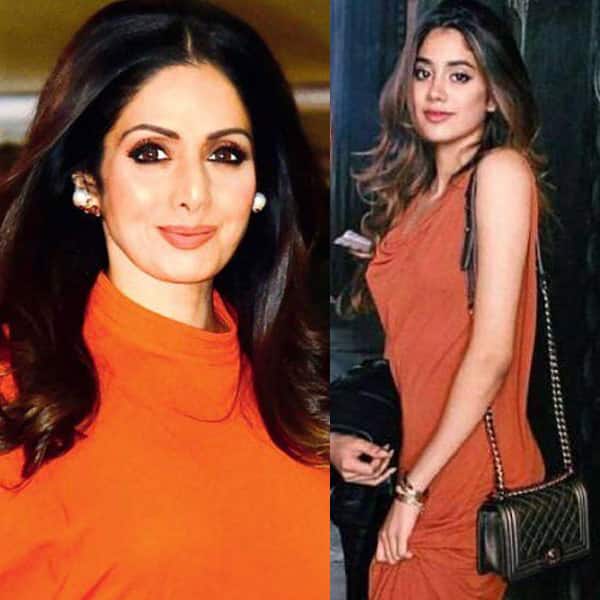 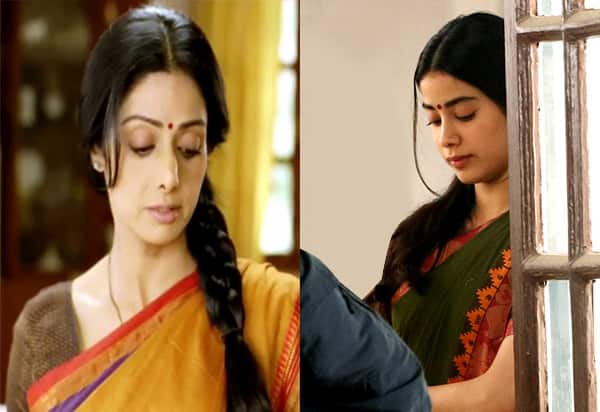 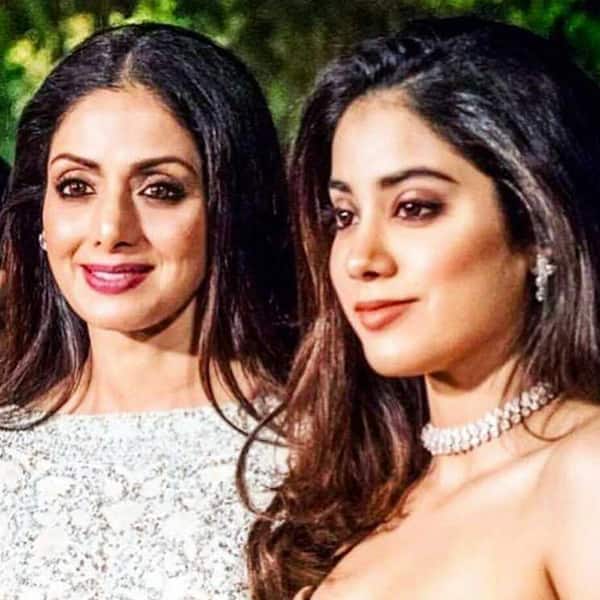 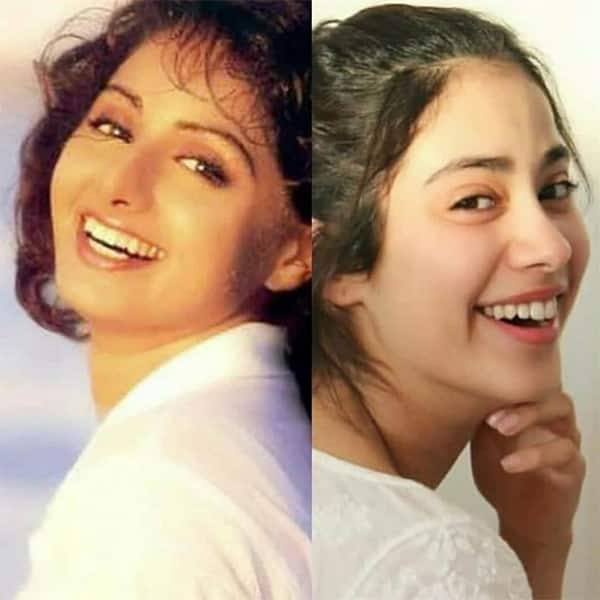 Janhvi Kapoor resumed shooting for Dhadak with an extremely dramatic scene and pulled it off effortlessly. A source close to the project revealed to us exclusively, “Janhvi was very focused and nothing distracted her on the sets. The first scene she shot yesterday (March 08) was really intense and dramatic, but she nailed it in one go. In fact, everyone was so impressed with her act and her focus that they cheered for Janhvi as soon as she completed the shot.” Not just her mother's looks, Janhvi seems to have got her talent and dedication also from her mother. We are sure Sridevi must be smiling down at her from heaven. The star kid will soon be seen in Karan Johar's Dhadak which also stars Ishaan Khattar. It's a remake of Marathi movie Sairat and will mark Janhvi and Ishaan's Bollywood debut.