Every year there will be one movie that looks unassuming but goes out of its way to surprise the hell out of me. Last year, it was the terrific Neerja, directed by Ram Madhvani and starring Sonam Kapoor. Neerja tackled the harrowing real-life incident of Pan Am 73 hijacking in 1986 that led to the deaths of several passengers and a braveheart air hostess they called Neerja Bhanot. The movie Neerja was well directed, and had some fantastic performances from Kapoor, Shabana Azmi and newcomer Jim Sarbh. This year, it's the turn of debutante Sankalp Reddy's The Ghazi Attack. Also Read - OMG! Has Vijay Deverakonda and Ananya Panday's Liger been offered a whopping Rs. 200 crore for a direct OTT release? Here's what we know

While it is not as polished a product as Neerja, The Ghazi Attack is a surprisingly well done war drama, based on fictionalized recreation of a real life incident that happened during the 1971 Indo Pak war. The movie revolves around the mysterious sinking of Pakistani submarine PNS Ghazi, which the film credits to a fictional Indian submarine S21 (whereas in reality, it was credited to INS Rajput, that was disputed fiercely later). Rana Daggubati, Kay May Menon and Atul Kulkarni play the naval officers assigned to the submarine by their commanding officers, played by Nasser and the late Om Puri. All the three actors are fine in their roles, with Menon especially being the pick of the lot. Taapsee Pannu plays a Bangla survivor from a shipwreck whom the submarine saves, but is relegated to a needless subplot. The visual effects are quite decent, except for a couple of fake explosions, but the detailing that has gone into making the movie has to be lauded. Also Read - Filmy Friday: When Shahid Kapoor confessed to feeling threatened by Ranveer Singh and Deepika Padukone

Here are five reasons why The Ghazi Attack is a true game changer... Also Read - WHAT! Aamir Khan was the videographer at Akshay Kumar-Twinkle Khanna's wedding? – view UNSEEN pics

Submarine genre is attempted for the first time with success

Submarine drama is a sub-genre to war epics that have been quite popular in the West like the brilliant but harrowingly long Das Boot, The Hunt for the Red October, Crimson Tide and U-571. For the first time in India, this sub genre has been attempted and Sankalp has pulled it off with great success. Credit must be gone to the narrative and the amount of research gone into this, even though the events around S21 are not real at all. At least they didn't manipulate the real incidents too much.

Script and actors matter, not star-power 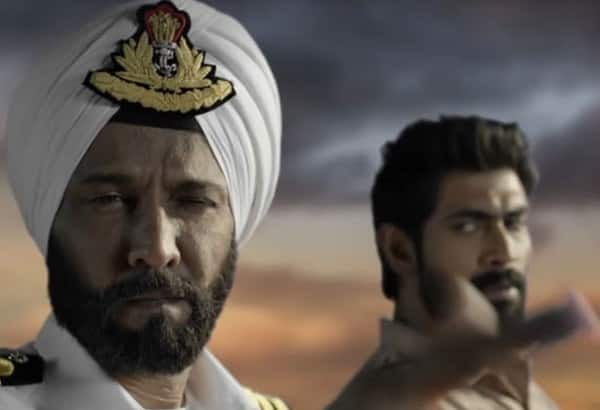 Rana Daggubati is might be a very popular star in Andhra, but nearly the entire first half half he merely is a secondary player to Kay Kay Menon's brilliant rendition of Captain Ranvijay Singh. Even when he gets to be in charge in the second half, he doesn't dominate the proceedings with his star power, instead letting the screenplay take prominence over his machismo. There is also Atul Kulkarni, who in his most subdued performance, is perfectly fine playing a supporting role to both Kay Kay and Rana, making us wonder why he took on such a one-dimensional role in Raees. The Ghazi Attack is just another reminder to our star-obsessed film-makers that you don't need them to make a really good movie (unless it's Aamir Khan). Above all, it's backed by Karan Johar, who is often accused of promoting stars kids. Now let's see what people has to say about this.

No comedy or romance or songs

While even Neerja has a small romantic subplot with songs, The Ghazi Attack completely stayed away from these unnecessary distractions despite the presence of a needless Taapsee Pannu. The separate comedy track, that has been a bane of many South movies, is also thankfully absent here. There is very little cholesterol to complain about in the movie, making it a wholesome watch. 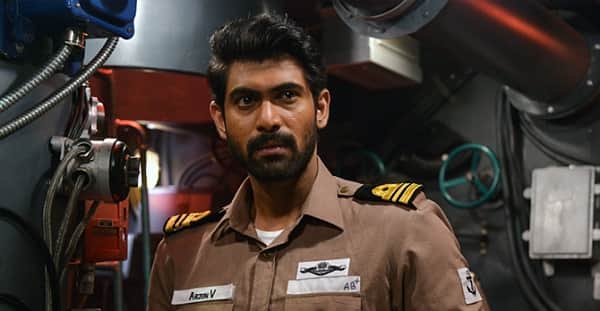 Our movies often like to explore the world even in the pretense of a huge chase scene (the Prague scene in FAN) or just for a song and dance (I am looking at you, Jeans!). But The Ghazi Attack spends nearly its entire runtime either inside the Indian submarine, the Pakistani submarine or sea around them, with a couple of shots set in the naval headquarters. And yet, we didn't find that lack of colourful surroundings boring, did we?

Eye is in the detail = Realism

The biggest reason why The Ghazi Attack appealed to me so much is the the detailing that has gone into setting the movie inside a submarine. Now I am no Naval warfare expert and I am sure 99% of the audience aren't either. But the kind of detailing they show in how the crew worked in the submarine, how the attacks are planned and the plans are made is something that you usually don't see in our movies. That makes this fictional movie feel so realistic!