Mohenjo Daro's performance at the box office is not yet in the ruins, but hasn't been magic either!

What happens when you watch a big budget film, starring one of the biggest stars in the industry, and the first scene itself makes your cringe? Also Read - Trending Entertainment News Today: Sooryavanshi finally gets a theatrical release; Alia Bhatt trolled for being 'too short and skinny' and more

That's what happened when I went to watch Mohenjo Daro, and was shocked to see that much hyped crocodile scene! It was so fake that that reminded me of films like Sharknado and its sequels, but trust me, they were funnier, because the makers knew they were making shit. However Mohenjo Daro was supposed to be a serious film that was to be a game changer in Bollywood. It was set in the prehistoric era, not at all related to Ramayana or Mahabharat. This is something that no Indian film-maker had even attempted before. Also Read - Bollywood Vs Hollywood Vs Kollywood: Akshay Kumar's Sooryavanshi to clash with THESE two biggies during the Diwali weekend at the box office

For that, I really wanted to laud Ashutosh Gowariker and his team, but then when you play 200 plus bucks to watch a Bollywood film, you do expect to watch something more than just a gimmick. Sadly, apart from the hero's fluctuating tanned biceps, heroine's two and a half expressions, a theme-based fancy dress competition and many botched up lessons on history, Mohenjo Daro has nothing to offer us! Also Read - Sooryavanshi: Akshay Kumar-Rohit Shetty-Katrina Kaif's film to RELEASE on THIS date; will also mark reopening of theatres in Maharashtra

As expected the film underperformed at the box office on day 1, getting only Rs 8.87 crores at the box office, which is far far lesser than what Bang Bang and Agneepath had made (both made more than Rs 20 crores on day 1) Here are five reasons why Mohenjo Daro didn't made a great first impression at the box office!

The dominance of Akshay Kumar and Rustom Hrithik had a blockbuster in Bang Bang, but that film happened way back in 2014. In the interim, Akshay Kumar consistently gave back to back hits in Baby, Singh is Bliing, Brothers (yes, the last two were hits, so the joke's on you, audience!), Airlift, Housefull 3, and was therefore in public view constantly. In a smart strategic move, he also got half the industry to support his film, with Salman Khan saying all nice words while Alia Bhatt doing a rain dance a la Raveena Tandon in Mohra. Rustom may have fared slightly better than Mohenjo Daro when it came to critical acclaim, but hey, it's all marketing these days! So sorry Hrithik, this man scored over you here!

The trailers were err... one word, disastrous!

Let me be honest with you - everyone sucks at history! It's a subject that you just learn by heart, and vomit what you have learnt at the exams. Only 2% of the student population ever take up History as a major and turn historians and archeologists. And yet, if 90% of the viewers take to internet to troll your film's trailer for all the historical inaccuracies, dude, you are doing something wrong somewhere!

There is a saying in the film industry - you are as good as your last film. No matter how many blockbusters you made before, if your last film was a disaster, man, good luck getting out from that ditch! In Ashutosh Gowariker's case, he had two duds - What's Your Raashee? and Khelein Hum Jee Jaan Sey, and they were enough to make wary. Technically, he had challenged that rule when he brought the crowds in for Lagaan, after having the temerity to show Aamir Khan in drag in Baazi six years before. But did you go for Lagaan because it was Ashutosh Gowariker film or an Aamir Khan film? However after the Oscar glory, Ashutosh has become a big brand, so people are judging him by his past performance than the hero he has cast in his film. His past performance, sadly, was a film that had Harman Baweja in the lead. Period. 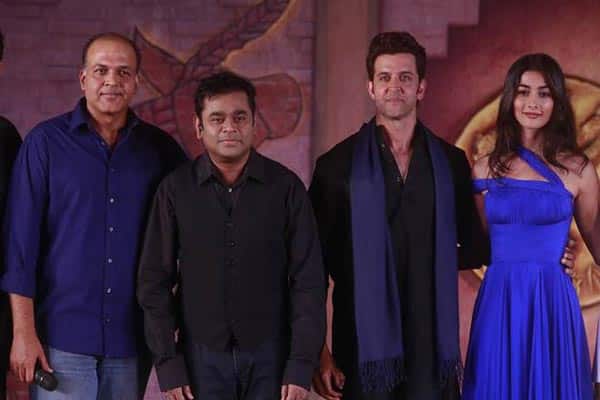 One of the biggest trump cards of Bollywood blockbuster is its music. Ashutosh Gowariker's filmography is in itself an interesting proof for that. All his better films like Lagaan, Swades (a box office failure, now a critical hit) and Jodha Akbar had some really great music thanks to AR Rahman. But when Ashutosh moved from Rahman to Sohail Sen, for his later two films, both turned out to be super duds and even lacked a good score. True, Ashutosh again collaborated with Rahman for Mohenjo Daro, but it looks like Rahman took revenge on Ashutosh for ignoring him in the last two films, by giving his most lacklustre score in recent times!

Critic review don't actually matter for opening day figures, especially for the early shows. But as the day progresses, people must have already read the reviews and learnt that the film stays true to the trailers, and is therefore avoidable. You can say critics are hard-nosed assholes, they don't know a damn thing, but you still read what they write! And we are right, most of the times! At least going by those opening figures...

Let's hope that Mohenjo Daro picks up collections in the upcoming days, because we believe nice things should happen to everyone!