5 scenes in Shah Rukh Khan, Varun Dhawan and Kajol's Dilwale that were lifted from other sources!

Getting 'inspired' is acceptable, but lifting scenes like this?

Rohit Shetty is not known for his originality. While his films' plots are most rehashes of '70s films (Golmaal Returns and Golmaal 3), Gujarati plays (Golmaal), or South remakes (Singham, Sunday), he is also known to lift scenes from Hollywood films and even TV series, or for the matter adverts as well, if it comes to it! Also Read - Suhana Khan makes a charcoal portrait of her mom, Gauri who finds it therapeutic

Everyone remembers the MI3 scene in Singham Returns where Ajay Devgn is blasted to the side of a jeep in the same manner Tom Cruise had got flung in the original film? SRK's scene in Chennai Express where he hacks at a car's tyres making it jump in the air was taken from one of the Tamil films. In Dilwale also, that stars SRK, Kajol, Varun Dhawan and Kriti Sanon, there are a few scenes that are straight lifts from other movies, sitcoms and even a car ad! While we are not able to find the grabs of Dilwale as the film has just released, if you have seen the film, you would be able to guess where the below scenes appear! Also Read - Friendship Day 2021: From Shah Rukh Khan-Salman Khan to Priyanka Chopra-Kareena Kapoor – 7 Bollywood BFFs who turned foes and then became friends again 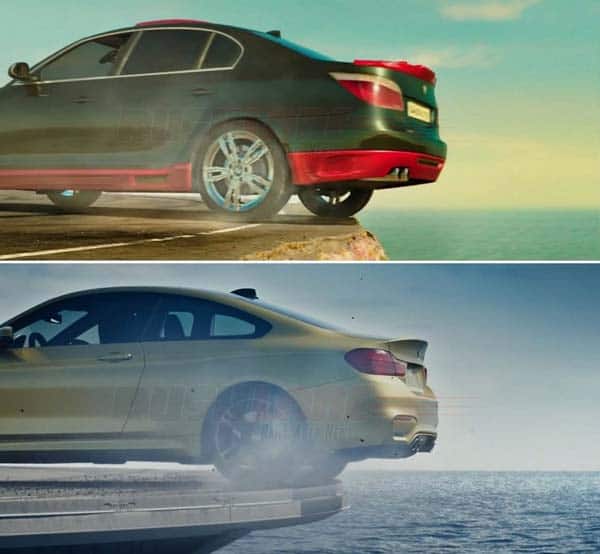 This has been picked up by people the moment the teaser of Dilwale that focussed solely on Varun Dhawan had come a couple of months back. Not only have they used the cars of the same company, they have even shot the scene frame by frame. By the way, where in Goa can we see the statue of Jesus as seen below? 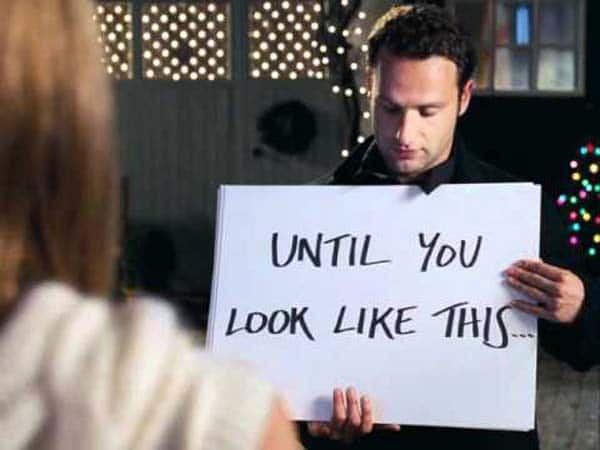 Rohit Shetty doesn't even spare one of my favourite Christmas romantic movies, Love Actually, as he lifts this beautiful scene of Andrew Lincoln of Walking Dead fame revealing his love for Keira Knightley for the first time. While the above scene is silent and so touching, Varun Dhawan actually provides a running commentary as he shuffles the placards, basically ruining the point of the whole exercise!

SRK - Kajol's 5-minute date (How I Met Your Mother) 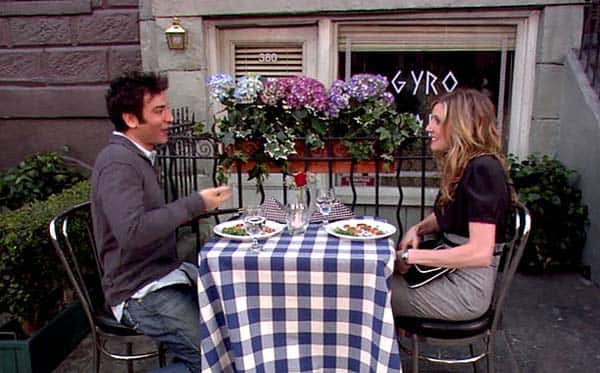 One of the best moments of this much loved TV series is when Ted Mosby takes Stella on a five minute date, because she is too busy in life. Like the previous scene, this one is poignant, tender and yet lits your face with a smile. And not to say, quite innovative too! Rohit Shetty must have felt none of the people living in the towns and villages have seen the scene, so he blatantly rips it off and replaces Mosby with SRK. However, even SRK - Kajol chemistry couldn't manage to give the same effect to the scene, as it was played in the original. And that's called lack of good writing, Rohit! 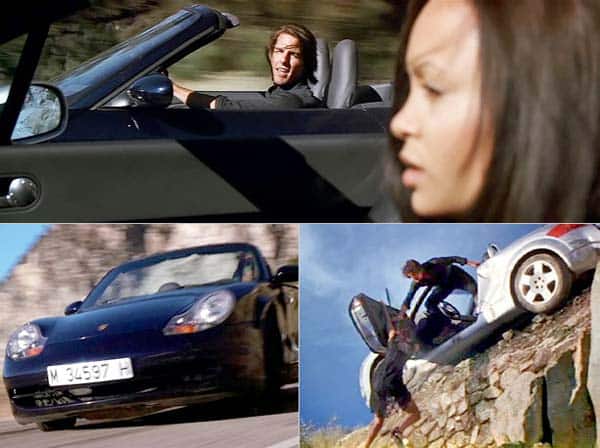 Another scene that was picked up by the keen viewers when the trailers came up. After being betrayed and nearly killed by Kajol (Oops...spoiler alert!), SRK rushes off to confront her that ends up in a car chase on a narrow cliff, where they get to circles each other in their own cars a la MI style! The scene even ends with Kajol getting flung out of her car and hanging on to it, the same way as Thandie Newton had gone through.

There is a scene in Dilwale where Varun Sharma's brothers, real and otherwise, (SRK, Mukesh Tiwari and Pankaj Tripathi), realise that he had been stealing from their garage and confront him about this. He Breaks down into a huge rant where he blames his girlfriend for making him a thief, thanks to the expensive ways she wants him to woo her! If you feel a sense of deja vu after seeing this scene, it's because you had witnessed the same scene in Pyaar Ka Punchnama 2, and also in its original where Kartik Aaryan goes into a breathless long speech against women! However, unlike Kartik's character, Varun ends up marrying the same girl he ranted about!

Did we miss any more scenes?