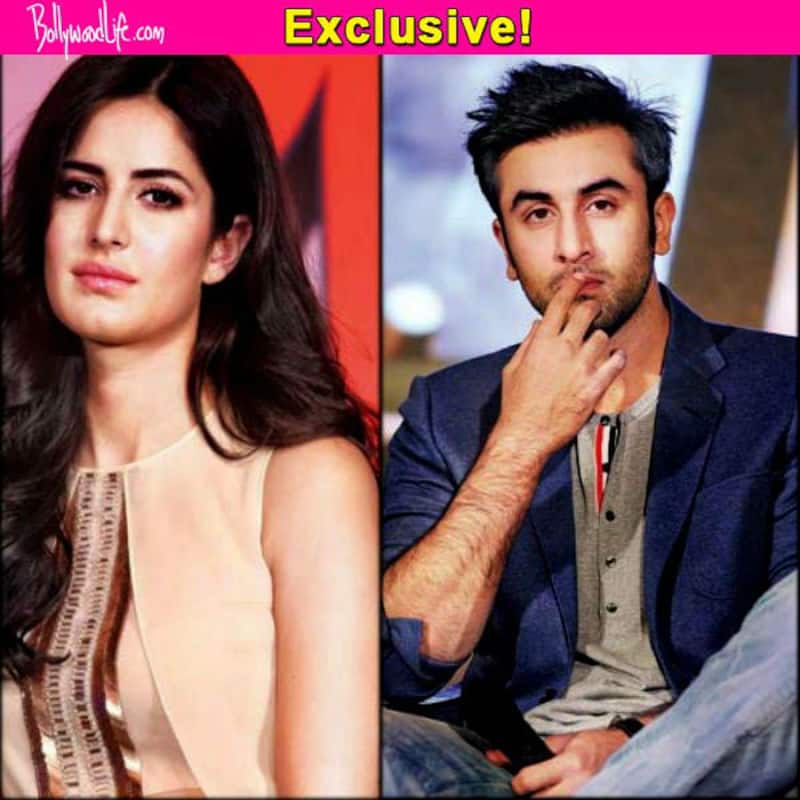 Here are the possible reasons on why Ranbir and Katrina decided to call it quits. Read on...

Ranbir Kapoor and Katrina Kaif's break up is no less than a mystery right now. Although there have been several reports doing the rounds suggesting that the couple split because of Ranbir's closeness to ex-girlfriend Deepika Padukone or say Katrina's decision to go on Salman Khan's show Bigg Boss 9, not once have either of the two come out in open with any clarification. Do we really believe that they broke up due to 'unresolved differences' as cited by the sources close to the couple? Or is there more to it? Here's decoding 5 shocking conspiracy theories around the couple's break-up that are currently been discussed in town... Also Read - Trending Entertainment News Today: Disha Patani sparks lip and nose job speculations; Urfi Javed's reaction on Alia Bhatt's pregnancy grabs eyeballs and more

This has been like the foremost reason to be blamed. At least that's what we are forced to believe. Every time there is a talk about marriage, word is that Ranbir gets cold feet. People close to him even suggest how Ranbir prefers spending more time with his friends just so that he avoids such discussions be it with family or Katrina. Maybe that's exactly why Katrina too revealed in her GQ interview saying how she fears getting married to someone who doesn't love her completely. She said, "My greatest fear is that if and when I get married and I am standing at the altar or the mandap, he may not love me completely. That he may not know his mind well enough to be making those commitments. The anticipation of heartbreak is my only fear." Also Read - Animal: Rashmika Mandanna reveals she got Ranbir Kapoor starrer because of her act in THIS blockbuster film

Whether you admit it or no, it's a fact that NO girlfriend will like her boyfriend sticking to his ex-girlfriend even if it's just for the sake of a film. Promotions and a little bit of chemistry can happen on one side. But not like you are into each other, trying to rekindle the lost relationship? However, Ranbir-Deepika proved otherwise. They made sure they retain their lovey-dovey Tamasha whether it's onscreen or off screen and soon there came reports flying that all's not well between Ranbir and Katrina. Stuff like "Ranbir is tired of Katrina's possessiveness", Katrina insecure of Deepika", started doing the rounds like there's no tomorrow. In fact, Katrina too dropped hints on her insecurity about DP in an interview stating, "I can’t enforce my will on the people in my life. Their choices are their own. I may not be happy with them but I hope that as they mature or evolve, their choices will change." Did Deepika's closeness is to be blame for RanKat split? We wonder...

#No approval from Ranbir's mother

You must be really blind if you haven't noticed this evident ignorance from Neetu Singh. First, she cropped Katrina out of her family picture and this year when Kat managed to get a warm welcome into the Kapoor family during the Christmas brunch, Neetu decided to stay away citing she had to be there for her grand daughter in London. C'mon, can't we see how Neetu is not willing to accept Kat at all? No wonder Katrina too had clarified this equation in an interview saying, "I’m not as close to Ranbir’s family as I’d like. But I’d like to hang out with them more. Family would be a defining factor when I make the decision to marry."

This comes as a latest speculation that Katrina's decision to promote Fitoor on ex-boyfriend Salman Khan's show is what has probed Ranbir to end their relationship at this stage. For all that we know, Ranbir had avoided going on Bigg Boss 9 promotions just so that he doesn't meet Salman. But Kat despite being Salman's ex-flame has willingly agreed to go on the show. She has even been making statements in favor of Salman saying, "The base of my relationship with Salman was correct, it was true. Which is why we’re still able to be friends."

#Strategy to revive their individual careers

And last but not the least, everyone is strongly speculating that as neither of the two have come out in open to clarify their break-up as yet, there could be a possibility that they are using their relationship to promote their respective careers. While Katrina's Fitoor is around the corner. She will soon also be seen delivering her much awaited film Jagga Jasoos with Ranbir. So maybe they are using an emotional strategy to sell themselves in Bollywood? Now that's a strong judgement to pass! But you never know...

Also, you'll be surprised to hear but even Alia Bhatt has been blamed for Ranbir-Katrina's split. Can you believe it? Reports are coming from all corners suggesting Ranbir had a thing for Alia, though we don't buy that! But yea, the conspiracy theories around Ranbir-Katrina's break up just don't seem to end and it's something that can easily sum up to become a plot of the film. Your thoughts?