5 things about Shah Rukh Khan's Fan that are simply JABRA!

FAN is definitely the best SRK film in the last five years...

Being Shah Rukh Khan fan, but not as much Jabra as Gaurav, I am actually happy about 2016. For this is the year, when Shah Rukh Khan is bidding adieu to films like Dilwale and Happy New Year (at least for now...) and is willing to experiment with his roles. He has now chosen to work with film-makers who have been proven themselves as adept story-tellers like Maneesh Sharma, Rajat Dholakia, Imtiaz Ali, Gauri Shinde and others...This means we will see SRK whom we loved and adored in films like Raju Ban Gaya Gentleman, Kabhi Haan Kabhi Naa of the '90s Also Read - Fan movie review: Make no mistake, this is Shah Rukh Khan's BEST film in the last five years!

Coming back to FAN, this film is definitely SRK's best film in the last five years, though that is not saying much. Fan is a dark thriller about fan's sometimes unhealthy obsession with a superstar, and how one wrong act turned their equation into a cat and mouse game! Fan is just like the recent Batman V Superman, you don't know who exactly to side with. Sure, Gaurav's method to have a face time with Aryan is definitely not right and we are totally not in sync with what he does later in the film, but we can't help but empathise with his mental state. Aryan had been controlled, more reasonable and composed as a superstar, but he should have known well how it would have hurt a person obsessed with him by telling him he is not a true fan! Also Read - 5 things you SHOULD know about Shah Rukh Khan's new heroine in FAN, Shriya Pilgaonkar!

Fan is a definitely a flawed film, yet there are many endearing things about it that doesn't want us to hate the flick. Here are 5 such aspects that nail it for us! Also Read - First reviews of Shah Rukh Khan's Fan are OUT on Twitter! And they have all given the movie a THUMBS UP!

Shah Rukh Khan as both Aryan and Gaurav 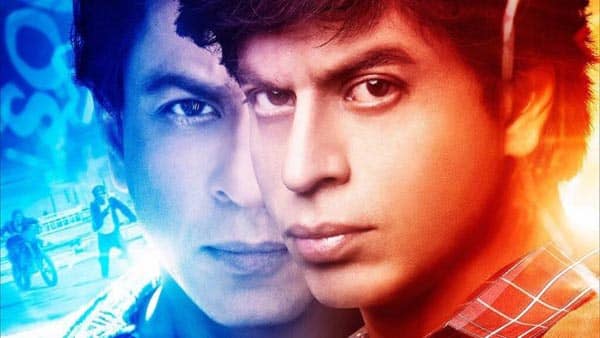 This is SRK's best performance in a long time, and this is the SRK performance we had always craved for. As Gaurav, SRK is believable as the 25 old year Dilli ka Launda whose entire life revolves around his obsession for Aryan Khanna. You smile when he lets out a squeal of excitement when he first sees Aryan in flesh...and feel for him when he cries at the police station. As Aryan Khanna, he is not as self-indulgent as we perceived him to be. His Aryan Khanna is not exactly SRK, but a fictional character, yet we support him despite his larger than life screen presence. In both the roles, SRK totally rocks it! The first half is very good, compared the chaotic and loophole-filled second half! Gaurav's journey to meet Aryan Khanna is something every die-hard fan of his would relate. Most of the scenes in the first half have a sense of realism. The one scene that gave me goosebumps, was, like I mentioned before, when Gaurav sees Aryan near his residence. We could see the excitement build up in him, as well as in our hearts, as he finally squeals Aryan's name out! Even the police station sequence is intense and harrowing. If the second half had the same kind of realism, the film would have been a masterpiece! 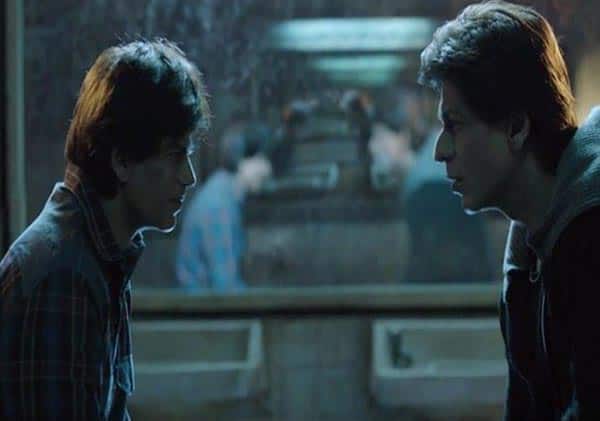 The only two sequences when Gaurav and Aryan are talking face to face are two of the best scenes in the film. Even though both the scenes do not (Spoiler Alert!) end in a good way, it's in these sequences we feel for both and can't choose the side! 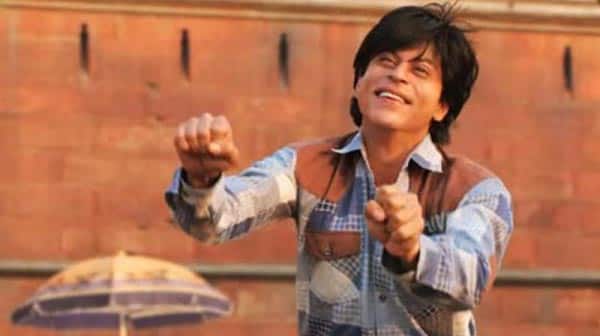 Yes, the Jabra song is not there in the film, but don't worry! There is a scene at the start of the film that would make every SRK fan happy. Gaurav participates in a local star fan contest, where he imitates his idol with a rousing performance. However the best part comes when he matches the steps of Aryan Khanna (through the most iconic SRK songs we have seen over the years) with his idol dancing behind him! That was a whistle-worth sequence!

I won't spoil anything here, but I would like to warn you that the climax is a very long drawn affair, that needed a lot of editing. However, as the film reaches a finishing point, the two SRK's having let out steam and more at each other, stops and have a heart to heart chat. The conversation touches your heart, and what happens after that is not something you would have expected...not spoiling anything, you have to watch this for yourself!

Here's our video review of the film...