If a Telugu film can win over Bollywood, why didn't one of their own do so?

It is said that good cinema knows no barrier of language or borders. The mega success of Baahubali, touted to be India's biggest film of all time, is a proof enough for that. Also Read - When Baahubali actress Anushka Shetty opened up about casting couch in the Telugu film industry

SS Rajamouli created the most expensive film known to Indian cinema, set it in a genre not many films in India are made (historical fantasy), didn't cast a Mahesh Babu or a Rajinikanth in it, and yet made huge bucks enough for the film to have budget for its concluding part. Also Read - WHAT! Bigg Boss OTT winner Divya Agarwal to star in Salaar with Prabhas and Shruti Haasan? Read deets

Baahubali: The Beginning may have been done away with, so why we are we talking about it here? It's because after seeing the dismal performance of Mohenjo Daro, I was so reminded of this SS Rajamouli film. Why, you ask? People are blaming the high production costs of Mohenjo Daro as the reason for the film to not make enough money to be a hit. Others blame Akshay Kumar's Rustom for the sinking of Mohenjo Daro. Also Read - Did you know Prabhas made a special appearance in THIS Bollywood disaster before emerging a pan-India star?

But then Baahubali, the costliest Indian film, did earn enough money to easily recover its production costs, while also releasing nearby the rampage of Salman Khan's Sultan. So what did Baahubali do right that Mohenjo Daro didn't?

Here are five things that worked for the historical fantasy film.

A film with a pan-Indian appeal While we are talking about how Bollywood films are getting recognition in foreign countries like China and Germany, we often ignore the fact that in our own country, Hindi films are not watched everywhere with same fervour as say in Mumbai. For example, down South, very few Bollywood films click. But South has a huge market, and films do make good business. Baahubali got its cast from different states or had actors like Tamannaah and Anushka Shetty, who are popular in Kerala, Tamil Nadu, Andhra and Karnataka. In Bollywood they tied up with Karan Johar that got them much visibility here. They released the film in various languages, and got wide distribution, and that worked. Is there anything that Mohenjo Daro did right in there? 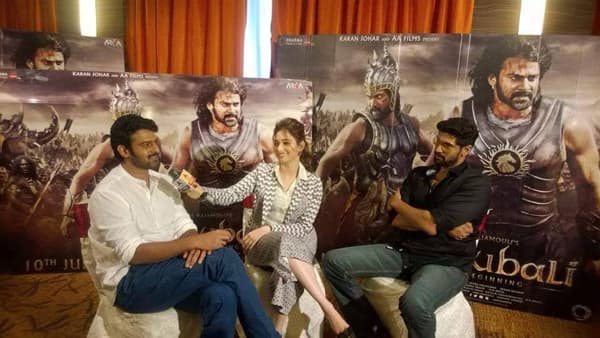 It's an age that unless you are in my face, you don't sell. The marketing of Baahubali has been very aggressive right from trailers, to huge audio launch to collaborating with karan Johar, to the innumerable TV spots. The making of the film videos sprung out. They got the film maximum exposure. which in turn gave the film good business. In the case of Mohenjo Daro, Hrithik was rather busy promoting Rustom on Twitter than his own. Bromance is ok, but not as the expense of your own film tanking.

Never compromising on the grand scale

There have been rumours that Ashutosh Gowariker had compromised on the production costs and the special effects to bring down the budget of the film. If that is true, you can see the effect on the final product which had laughable CGI and special effects (I still can't get how the makers thought they would get away with that fake flood scene). Baahubali may not be perfect, but you can clearly see that the director has put the money where it really matter. Right from the CGI enhanced scenery, to the vast sets to those epic battle scenes, everything looked super grand.

But then, SS Rajamouli didn't pay half the budget of the film to the hero, did he? In fact, we have read reports about the cast taking pay cuts to support the film. Tell our actors to do that!

A film that focussed on the plot than the hero 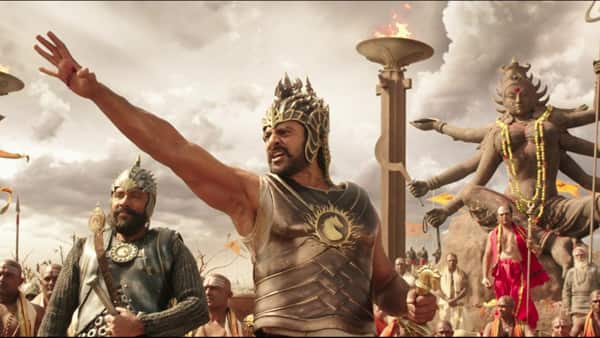 Sure, Baahubali was about Prabhas' character and how he discovers his past and his own destiny, but the film also delved into other subplots of Kattappa, the flashback scene, Tamannaah's rebel scenes to build up in the main story. Though there was nothing new in the plot, you didn't feel like that because of the treatment. Mohenjo Daro had nearly the same story as Baahubali - a hero living in humble conditions discovering his grand origins and the villains betraying his father. But the film focussed too much on Hrithik's character, that the plot felt underdeveloped and like old wine in an old bottle. Which leads us to... 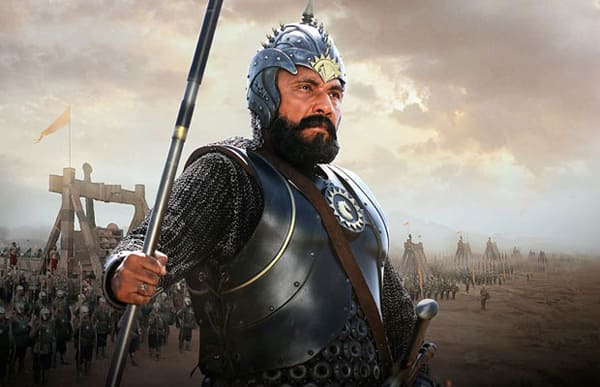 It's a reason why we still talk about Kattappa and Ballala more than Baahubali, because they were really interesting characters, even if in a supporting capacity. We still remember the performances of Ramya Krishnan, Nasser and Tamannaah. Mohenjo Daro was purely a Hritik show, with even Pooja Hegde given very less to do, other than smile and act surprised. As for the villains, I thought we were way over the times of an evil zamindar and his leery son. Oh, I forgot! Mohenjo Daro is an ancient film!