Obsessed with the song? Here are 5 lesser known facts about the romantic Iceland number that will make you fall in love with the song even more

For nearly two decades now, Shah Rukh and Kajol have been the epitome of romance on big screen. Be it DDLJ, Kuch Kuch Hota Hai or My Name Is Khan, the iconic jodi of SRK-Kajol have sizzled the screen with their terrific chemistry. Also Read - Salman's Prem Ratan Dhan Payo and Bajrangi Bhaijaan, Shah Rukh's Dilwale, Akshay's Singh Is Bliing - check out the top 10 box office openers of 2015!

Now, after seven years, Bollywood's most celebrated onscreen pair Shah Rukh Khan and Kajol are coming together for Rohit Shetty's Dilwale. While fans are eagerly waiting to see the duo on big screen, the song Gerua from Dilwale, picturised on SRK and Kajol, has captured the imagination of millions. Shot at the breath taking locales of Iceland, the song Gerua reminds us of the iconic song Sooraj Hua Madham from K3G. Also Read - Saath Nibhaana Saathiya's Vishal Singh aka Jigar reveals details about Dilwale's Shah Rukh Khan and Kajol's upcoming appearance on the show!

To all those who are obsessing with Gerua, here are 5 facts about the song that we bet you didn't know before: Also Read - Swara Bhaskar: Salman Khan is a huge SUPERSTAR with an even bigger heart, while Sonam Kapoor is a pal! 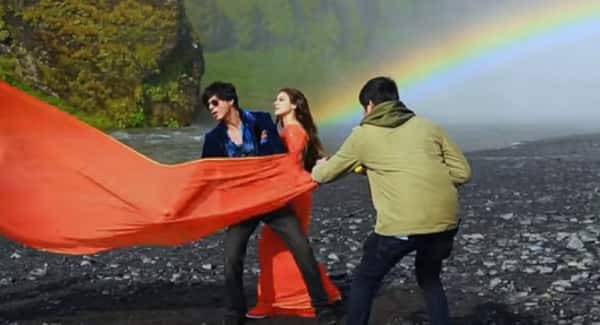 I believe everyone remembers the spectacular shot of the waterfall in the song. In the frame one could see a beautiful rainbow etched across the waterfall, while our lead pair romance in front of this splendid backdrop. Well, the rainbow in backdrop is not CGI generated and is infact real. According to Shah Rukh, at point of time there were three rainbows. Now that's surreal! Isn't it? 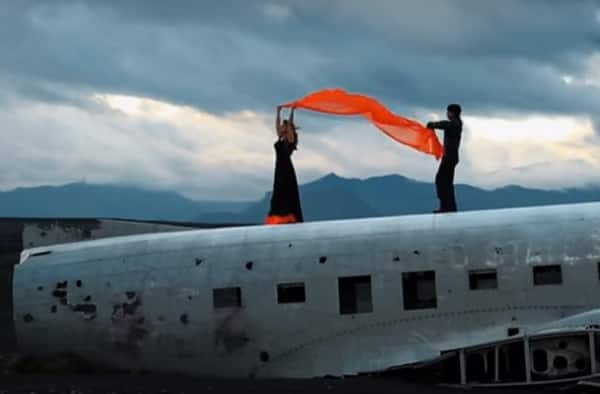 The song was shot in lot of amazing locations. One such spot was the wrecked airplane on top of which SRK romanced Kajol. Well, the airplane was not blown by Rohit Shetty as he blows up his cars. In fact, the plane wreck was already present there in middle of nowhere. And according to legends, the airplane was crash landed by the pilot and fortunately all the passengers on board were saved. Dilwale teams considers it as a good omen. 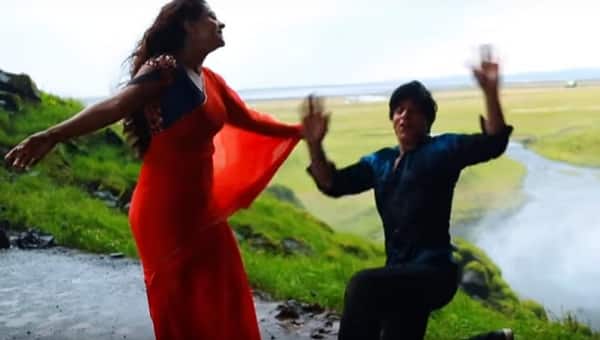 Accidents can happen anywhere anytime. While, shooting for the song at the top of the waterfall, Shah Rukh lost his balance for a second and was falling backwards. But timely help from Kajol saved SRK from a terrible fall. While SRK might have rescued his heroines in his films, this time it was Kajol who turned saviour for him.

SRK and Kajol walk on water 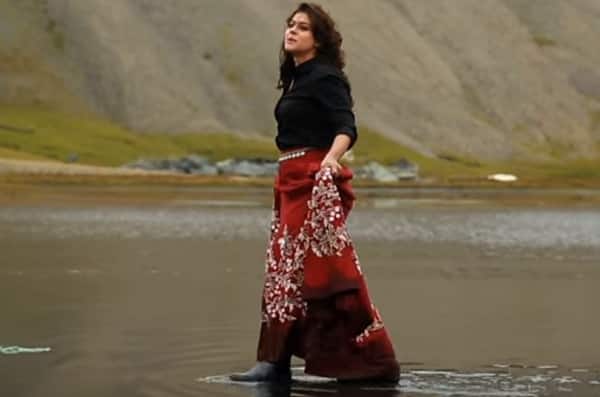 In the song, you would have seen the two stars almost walking through water effortlessly. Well, that portion of Gerua was shot on the shallow lake where the level of water was very less. So this gave the effect that both Shah Rukh and Kajol are actually running on water. Kajol even claimed that she is a goddess since she could walk on water. 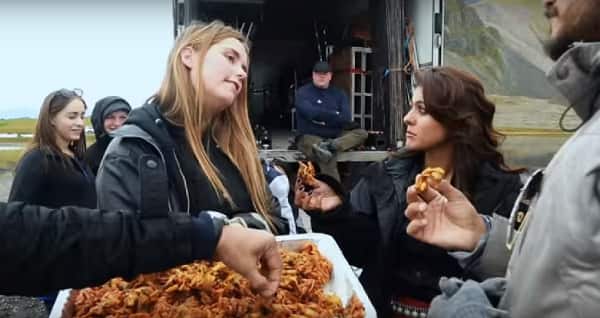 Missing desi food while shooting in foreign locations is something every film crew has to deal with. But Rohit Shetty's Dilwale team enjoyed Indian food in middle of nowhere in Iceland. Yes, that's right! Shah Rukh, Kajol, Rohit Shetty, Farah Khan and rest of the Dilwale crew feasted on some hot bhajiyas in the freezing cold of Iceland. I bet the taste of hot desi food would have been one of the few things that kept Dilwale team going in extreme conditions in Iceland.