Now in 2016, Aditya Chopra gets his fourth movie, Befikre, released. This time there is no Shah Rukh Khan or Kajol to romance in Switzerland or amidst the luscious sarson ke khet. Instead we have Ranveer Singh and Vaani Kapoor making out at every place imaginable and at every given opportunity in the movie. While DDLJ cradled our affinity towards old school romance, where winning the girl with her parents' permission was all the hero cared about, in Befikre, Aditya Chopra gives his take on modern, carefree love. I am not sure how many couples actually behave the way Dharam and Shyra hook up in the movie, so that's something you can either take it with a pinch of salt or you just go with the flow. We tried to go with the flow, so here's our review...

So while Aditya Chopra has tried to distance himself from the traditional tenets of love in DDLJ while making Befikre, he couldn't resist but play homage to his own debut movie during several scenes of the movie. Here are five scenes in Befikre where you just can't miss the DDLJ love

When Raj and Simran first meet in DDLJ, it's never love at first sight for them (Raj is just attracted to Simran, that's it). Instead Raj annoys Simran so much that she takes on him whenever opportunity arises, before they become friends and turn lovers later. Befikre too starts on the same foot albeit in a different sense. Befikre starts with Dharam and Shyra squabbling and breaking off, before the movie enters flashback territory and show them hook up, be playful with each, turn friends and later fall in love. Different treatment, but the same sequence... fight, becoming friends, be playful, and finally fall in love.

No one would have missed this scene in the trailer where Adi trolls his own iconic line from his debut film. Vaani says palatna is so '90s, she was just checking a guy's ass. But there is a hidden connotation to the scene. The reason Raj keeps saying palat to Simran's retreating back is because he knows if she is in love with him, she would turn back. However, in Befikre, the character of Aney, whose backside Vaani was checking out, doesn't turn back. So he was never in love with her. Simple.

Raj sings mehendi laga ke rakhna during Simran's mehendi party in DDLY, as her entire family preps up for her marriage to Kuljeet. In Befikre, Ranveer plays the same song on his trumpet during Shyra's engagement with her banker fiance. It was the moment after he realises he is falling for her seriously. Well played, Adi! 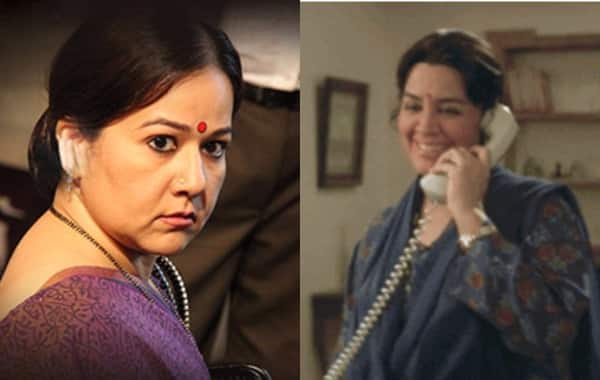 Television and movie actress Ayesha Raza is what 2016 has seen as a replacement for the every eternal Farida Jalal - an actress who can play bubbly older women characters, like she did in Happy Bhaag Jayegi. As Faridadi played Kajol's mother in DDLJ, Ayesha Raza plays Vaani's befuddled mother in Befikre. And like in DDLJ, even she has a emotional scene with her daughter where she encourages her to question her decisions and choose what her heart desires.

DDLJ's climax was epic. It has everyone at Simran's house knowing about her relationship with Raj before he is thrown out. Later, he gets beaten up by Kuljeet and his cronies, before beating them up, and finally taking off on a train. Then Bauji lets go off Simran's hand that brings to us the below epic scene...Aah!

In Befikre, nearly the same thing happens but in a more Housefull-fashion. Dharam reveals to Shyra and everyone present at her wedding (and also his as well, albeit with a different girl) that he loves her. This leads to her fiance and his friends trying to beat him up, he tries to return the favour, there is general commotion before Shyra's father jumps on the groom to stop him from beating up Dharam. This allows him to leave the arena holding Shyra's hand to a happy ending. Only a train was missing!

Agree with our feature?Share your views below...