5 times Shruti Haasan made the news and it wasn't for films!

5 incidents involving Shruti Haasan that prove that she is one of the most interesting and bold actresses in the South film industry!...

The actress is very active on social media

Shruti Haasan may have started out as the daughter of veteran actor Kamal Haasan, but now she has reached a stage where is she an established star with a fan base of her own. One of the major reasons for her popularity other than her films is the interesting news that keeps cropping up about her now and then that makes sure that she stays in the spotlight. In light of the recent controversial Instagram post from the actress, lets take a look at 5 times when she made the news big time... 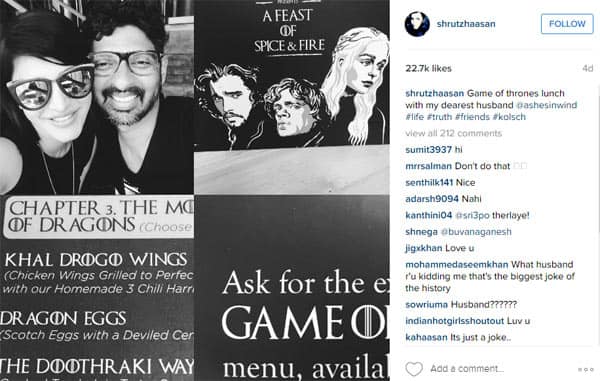 Just very recently, she posted a picture on her Instagram showing a Game of Thrones themed lunch menu. It also showed the picture of the actress with one Niranjan Iyengar. But that is not the most eye catching part. What really made us all gasp in shock was the caption that said " Game of thrones lunch with my dearest husband." Understandably, all her male fans were really upset. However, it was just a rumour. 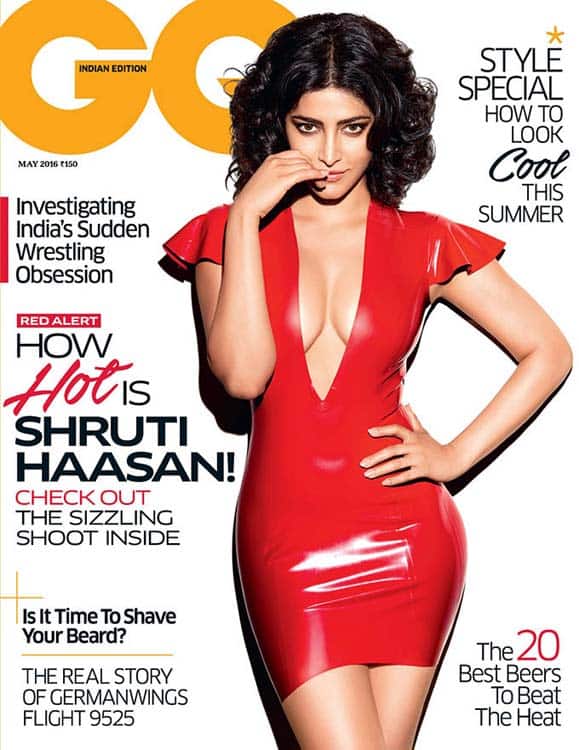 Shruti made it to cover of GQ India with a very hot and sizzling photoshoot. The actress looks simply scintillating in a red hot and shiny dress that looks like it is made of spandex. Her cool hairdo and low neckline left little to imagination and as a result these pictures became really viral.

Well done @SunnyLeone keeping it together in the face of opinionated misguided questions #mortifyingjournalism https://t.co/DwsdAFtVxT

When Sunny Leone had faced a grilling interview where her past as an adult actress was brought up again and again, one of the first celebrities to react on the issue was Shruti Haasan and she won a few hearts as she came out in full support for the One Night Stand actress. She called it mortifying journalism and asked Sunny to stay strong and keep fighting. 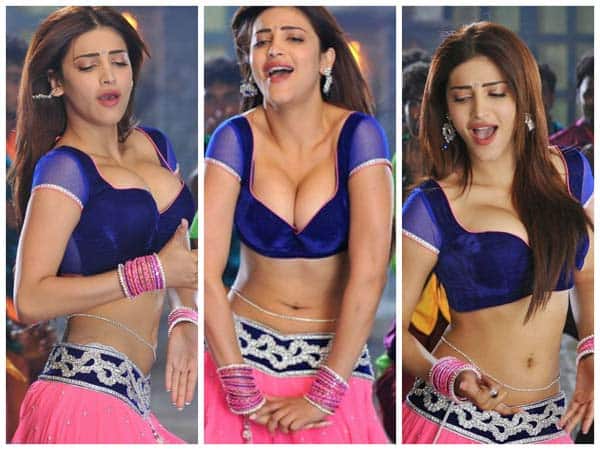 Back in 2014, Shruti was embroiled in a controversy big time when some really racy pictures of her leaked online from the sets of Yevadu. She performed an item song called Dimple Pimple and the pictures were from that song. However, Shruti was really livid about the leaked images and stated that it made her look in a bad and vulgar light and that she will take legal action against the culprit responsible for leaking the pics. 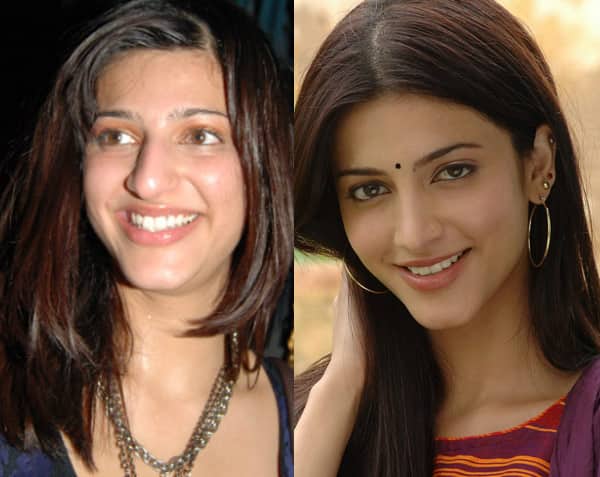 In an age when actresses deny cosmetic surgeries as much as possible, Shruti made quite a few heads turn when she openly accepted that she had indeed undergone a nose job for cosmetic purposes. Apparently, the nose surgery had to be done because it also caused her severe breathing problems. Way to go girl!

So these are the 5 times that Shruti Haasan was in the limelight over the past few years. Whether her marriage rumors are a gimmick for her next movie or just a little prank, she sure knows how to play with her fans and keep things interesting!