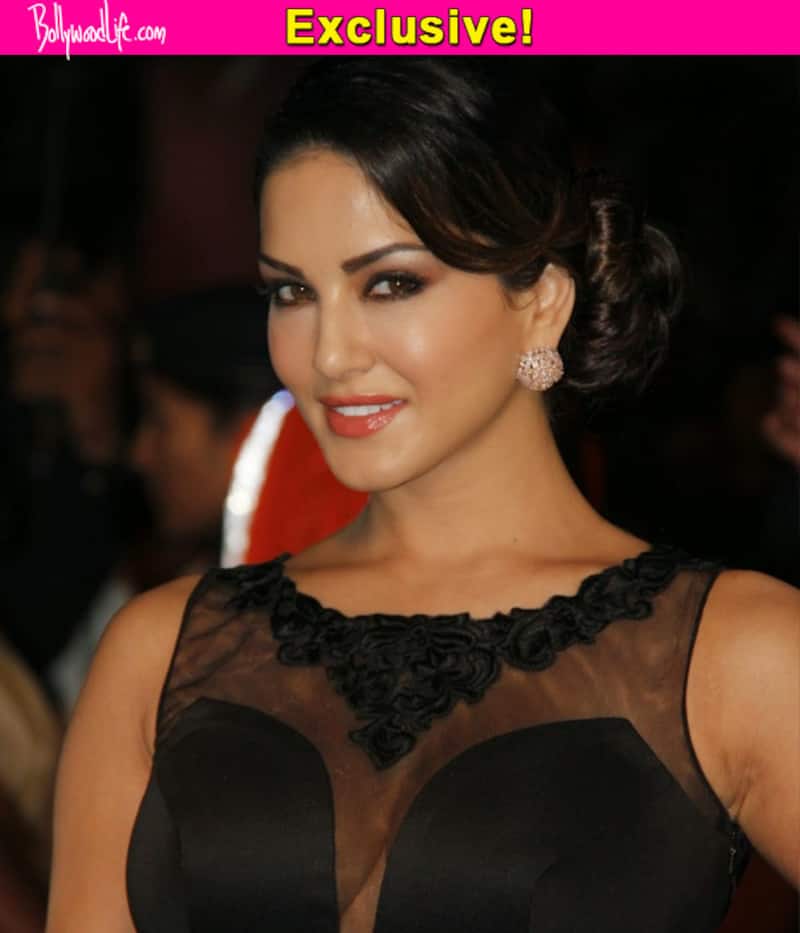 Whoa! If Sunny ruled our browser history before, she rules whole of the internet now!

We're sure you're wondering what did Bhupendra Chaubey really reveal about Sunny Leone in his interview that went viral. While this chat did good to Sunny it earned the news anchor/host a lot of flak. To Chaubey's dismay, Aamir Khan who would NOT want to work with Sunny declared on Twitter that he would in fact love to work with Ms Leone. Also Read - From Kangana Ranaut to Sunny Leone: 7 Bollywood actresses who have the hottest navel piercings [View Pics]

The name Sunny Leone has for long generated quite an interest and curiosity amongst the Indian masses. It was quite fascinating that Sunny made an almost dramatic entry straight into our living rooms through the very popular and controversial reality show Bigg Boss. From then there was no looking back for the adult star-turned-Bollywood heroine. Unfortunately, we as a society was hung up on looking at Sunny through a highly prejudiced lens. She enjoyed mass popularity but only because she is one of the most sought after adult film actress in the US. Her recent (misogynistic, if I may add) interview with Bhupendra Chaubey (whose reputation seems to have sufficiently tarnished now) was an eye opener of sorts for us. Also Read - Before Ranveer Singh, Asim Riaz, Kashmera Shah, Mandana Karimi and more TV celebs who burnt the screens with their NUDE photoshoots

Because if Sunny ruled your browser history before, she will (and has) rule whole of the internet now! Kudos to Sunny or Karenejit Kaur who gave it back to this regressive host in style and ruled our hearts at the end of it all. So, after watching the interview this is what she 'exposed' (no pun intended) about herself which deserved nothing but a round of applause. Also Read - Priyanka Chopra-Nick Jonas, Shahid Kapoor-Mira Rajput Kapoor and more celebrity couples who kept romance and PDA alive after having kids

Sunny, first and foremost, is one hell of a proud woman with absolutely no regrets. If you watch whole of the interview closely, you will realize what Chaubey is trying to do.His singular motive seems to belittle Sunny and make her APOLOGISE for her past. Sunny does everything but that. She maintains a stoic stance throughout when he repeatedly asks her about her 'regrets' she maintains, "I have only one regret. I could not reach on time after my mother passed away. Other than that, I have made a few professional mistakes which everyone makes but every experience has taught me something. " Any mortal would have been SHAMED already but not Mr Chaubey, no! He repeatedly asked about 'her mistakes' and what makes her 'upset'. He doesn't shut up even after Sunny gently reminds him that she is a human and more importantly a woman!

Another glaring guffaw made by Chaubey was when he asked her about the way she feels when people think she is untouchable or even being in her presence will tarnish someone's reputation. She smiles and asks him if she should leave. Well, now that's a kick ass, tasteful reply to an absolute idiotic remark which gives you an insight into her strong character.

Now Sunny is the most googled personality in India and obviously the primitive brain of Mr Chaubey forced him to think that it is only men who look for her pornographic videos which is of course a threat to their marriage! So, he asked her further, how does she feel upon incurring the wrath of wives of these men who are her fans! Well, Sunny very graciously told him that she has a super hot husband and the wives in question can gladly keep theirs! She does not want them Thank you very much! Whoa now, who would have thought that Sunny can even put a sanskaari Savitri (which is an Indian mythological character known for her love and dutifulness towards her husband) to shame!

While the oh-so-gracious host was busy digging his own grave (and reveling in it mind you!) he asked her if she thinks the mighty Khans of Bollywood (Aamir, in particular) would work with her! Sunny gladly expressed her desire to work with them but also said that she is a realist too. Well, her wishes will soon come true coz her rockstar performance in this interview caught Aamir's attention and here's what he had to say, "I think Sunny conducted herself with a lot of grace & dignity. I wish I cud have said the same about the interviewer. Sunny, I will b happy to work with you.I have absolutely no problems with your "past", as the interviewer puts it.Stay blessed.Love". Okay, so who looks like a fool now?

Before this landmark interview, who paid attention to the fact that Sunny is one hell of an industrious lady with superb business acumen! She says that though money is secondary, all of us have to feed our families at the end of the day. She sure admits to being passionate about showbiz but she also reveals that she is a realist at the end of the day. And yes, we like the honesty with which the lady confessed that she's happy to be working every single day. A proof that whether she's working with an actor or a star she's happy to be working.

#HAS A FUNNY BONE

At the end of the interview when Chaubey calls his interview "largely negative" we love Sunny Leone's sarcastic reaction, "Really this is negative? I couldn't tell!". We're sure the interviewer missed it and was enjoying the fact that he had canned an interview with the most Googled person in India, but Sunny stole his thunder with this line and how!

Whether you love or hate her, Sunny Leone has been braving this industry for four long years and she definitely is here to stay. Period. From her answers and stance, it is clear that she is a through professional. So, why should she be treated any differently coz of her 'past' or a professional choice she made?