5 Twitter reactions to Bhupendra Chaubey's interview with Sunny Leone that are just too BANG ON! 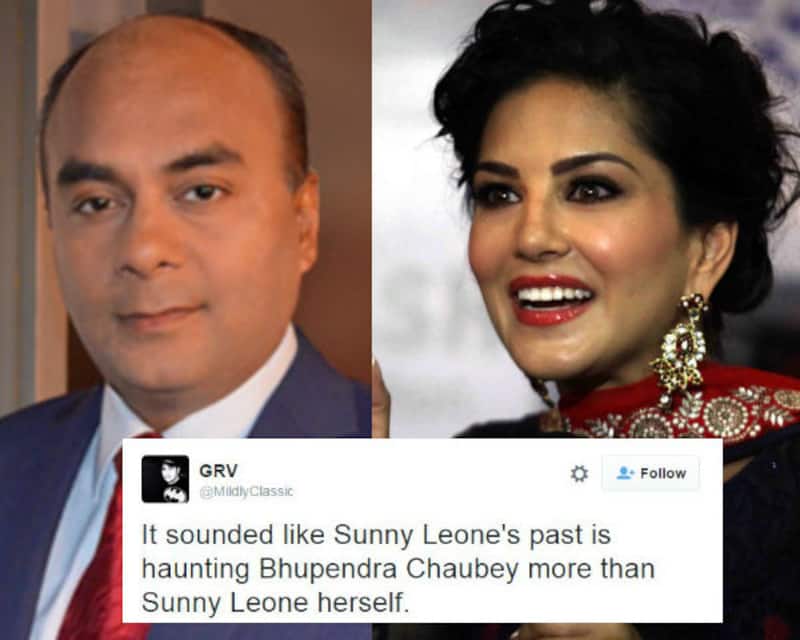 These days going viral isn't a big deal. You just have to say something really controversial, or funny or mildly wild and you are famous. Twitter erupts and you are instantly known to everyone. But we don't think senior journalist Bhupendra Chaubey ever imagined that he will become more famous than he already is by hurling demeaning questions at Sunny Leone. Nobody took his sexist questions kindly where he tried vehemently to prove Sunny's past will always be her claim to fame. Obviously, Twitter is the best place for everyone to vent their feelings about everything that happens under the sun and Chaubey wasn't spared either. Here are some of the reactions that made us slow clap! Also Read - Sunny Leone recalls receiving hate mails, death threats from India when she started working in the adult entertainment industry at 19

It sounded like Sunny Leone's past is haunting Bhupendra Chaubey more than Sunny Leone herself.

Here's hoping Mr Chaubey's next interview explores something other than his own prejudice.