6 lesser known facts about Zindagi's show 'Descendants of the Sun'

South Korean drama 'Descendants of the Sun' airs every Monday to Saturday at 8: 00 PM on Zindagi

The South Korean drama, ‘Descendants of the Sun’, that gained appreciation from more than 30 countries is now seen on Indian television. Telecast in Hindi on Zindagi, it airs every Monday to Saturday at 8: 00 PM. The story of ‘Descendants of the Sun’ revolves around a Special Force Officer, Captain Shijin and Surgeon, Dr. Moyon, who fall in love at first sight. Their contrasting ideologies and values (as one kills to protect lives while the other one saves lives to protect them) makes them shy away from one another. Destiny plays an interesting role and after almost a year of having parted ways, they meet at a warzone ‘Uruk’, a land far from Seoul. Now, circumstances bring them face to face where they must work closely together driven by their principles. Also Read - Zindagi channel to air South Korean blockbuster 'Descendants of the Sun'

Here are six unknown facts every DOTS fan must know about the show:

1. Song Joong Ki was still in the military while the pre-production for the drama was taking place

Song Joong Ki got the script of Descendants of the Sun while he was still serving in Military as part of South Korea’s mandatory Military Service. It was the handsome actor’s first television show after completing his mandatory military service of 2 years. 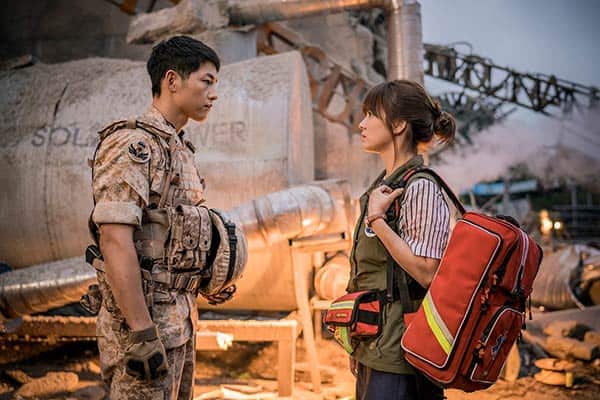 The viewers and fans of Descendants of the Sun were so in love with the on-screen chemistry of the gorgeous couple Captain Shijin and Dr. Moyon played by Song Joong Ki and Song Hye Kyo that there were rumours that the actors were dating in real life as well. In fact their rumoured romance was documented in both online and print news across Asia. However, both the actors have fervently denied the link-up. 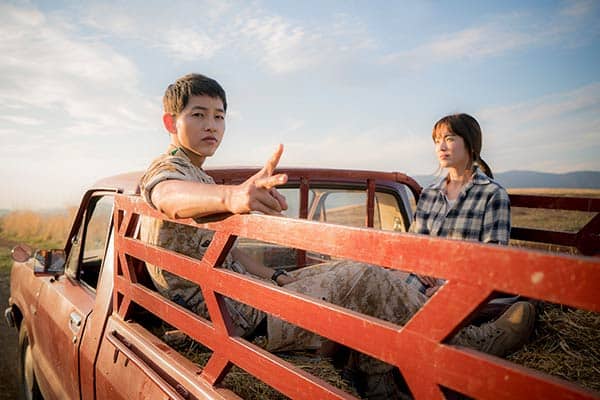 3. The show has been viewed more than 440 million times

‘Descendants of the Sun’ not only went on to set major records after becoming one of the highest grossing Asian television shows of all time, but the finale of the show has the highest rating as of now. It clinched the top spot, with 41.6% in the Seoul National Capital area and 440 million views on iQiyi, an online video platform based in China. 4. The drama has been exported to 32 countries and still counting…

The production company claims to have exported the show to 32 countries including France, Germany, United Kingdom, Saudi Arabia and Iran. The show was broadcasted in South Korea and China simultaneously, iQiyi bought the exclusive rights to stream the show for US$250,000 per episode which, in total, is equivalent to about 40% of the show’s production cost.

With the drama's positive response from the audiences, ‘Descendants of the Sun’ seemingly had an increasingly expensive price tag, where the competition among buyers become fiercer. In fact, it has been reported that the drama was being sold to Japan for an estimated US$100,000 per episode.

With the increasing popularity of the romance drama, ‘Descendants of The Sun’, the lead actors gained admiration worldwide. The male protagonist, Song Joong Ki’s increasing global fan following made him a ‘Korean Wave Star’ (South Korean Pop Phenomenon). His growing fame made him the first ever TV actor to appear in primetime 9 PM news bulletin on KBS channel. The show catapulted his fame making him one of the highest paid South Korean actors.