The Quantico actress attended the pre-Grammy Gala on Saturday 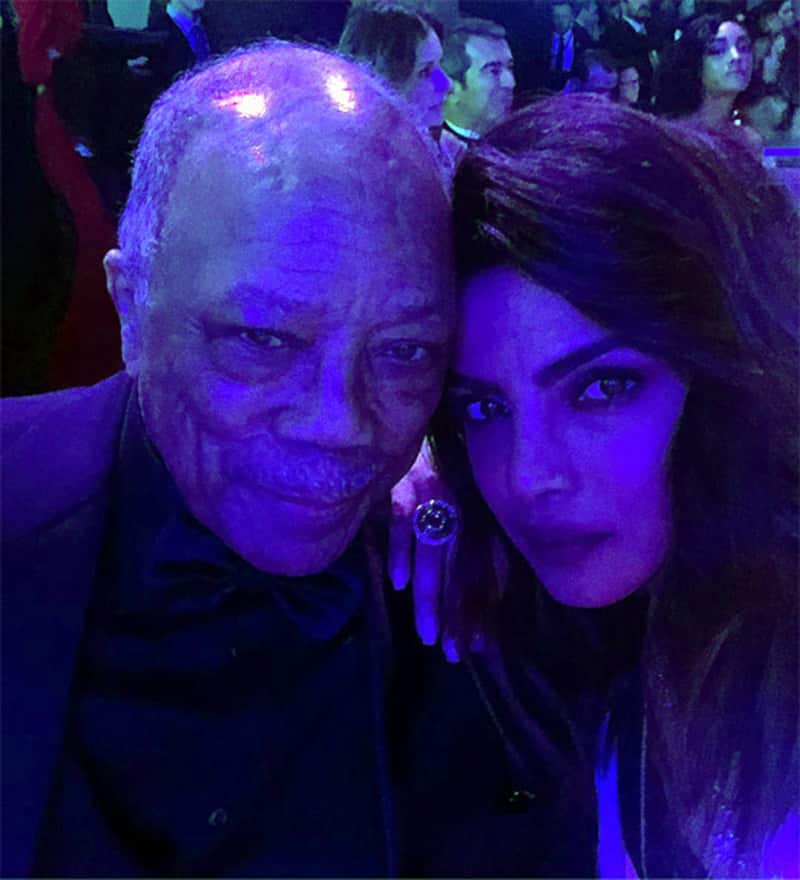 Bollywood star Priyanka Chopra had a fan moment of clicking a selfie with American record producer Quincy Jones. The "Quantico" actress attended the pre-Grammy Gala on Saturday, a day ahead of the annual Grammy Awards ceremony. She was there in the capacity of the Global Brand Ambassador of HARMAN International, a wholly-owned subsidiary of Samsung Electronics. (ALSO READ: Priyanka Chopra looks sultry in her white ensemble at the Pre-Grammy&#8217;s gala in NYC) Also Read - Priyanka Chopra to Mahira Khan; Actresses who were caught smoking in public and were judged, trolled and branded

"Oh just us... Quincy Jones you rule! But then you always knew that. Grammys #musicfan," Priyanka posted on Instagram with the selfie. For the party, Priyanka wore a white ensemble.Recently, PeeCee was a part of the Oscars 2018 nominations announcement, along with stars like Salma Hayek, Michelle Rodriguez, Rebel Wilson, Michelle Yeoh and Rosario Dawson. Priyanka made her hollywood debut with 'Baywatch' last year which starred Dwayne Johnson and Zac Efron. She is currently busy shooting for the next season of Quantico. Also Read - From Aamir Khan's PK to Salman Khan's Sultan: 10 Bollywood movies that took Pakistan box office by storm

Oh just us.. @quincydjones u rule! But then u always knew that.. #grammys #musicfan @harmankardon

The 35 year old actress, has two more Hollywood projects in her kitty , including A Kid Like Jake, which stars Jim Parsons, Claire Danes and Octavia Spencer, as the lead cast. Also Read - Koffee With Karan 7: Did you know Alia Bhatt-Karan Johar drunk-dialed Vicky Kaushal right before his wedding with Katrina Kaif? Deets here