66th Filmfare Awards: Irrfan Khan's son, Babil, in a hilarious post has revealed that seven journos asked him if he was high at the function

Irrfan Khan's son Babil took the awards for Best Actor and Lifetime Achievement Award for his late dad at the 66th Filmfare Awards. The young man has shared videos where his dad's makeup man, Naqi Bhai is getting him ready for the event. He has also shared another post where he mentions how around seven journalists asked him if he was high at the event. It seems they deduced this after seeing his baggy eyes. As we know, baggy eyes run in the genes. Even his dad, Irrfan Khan had those eyes. We wonder what those members of the press were thinking. Also Read - Tuesday Trivia: Not Aamir Khan but THIS other Khan was the first choice for Dangal? 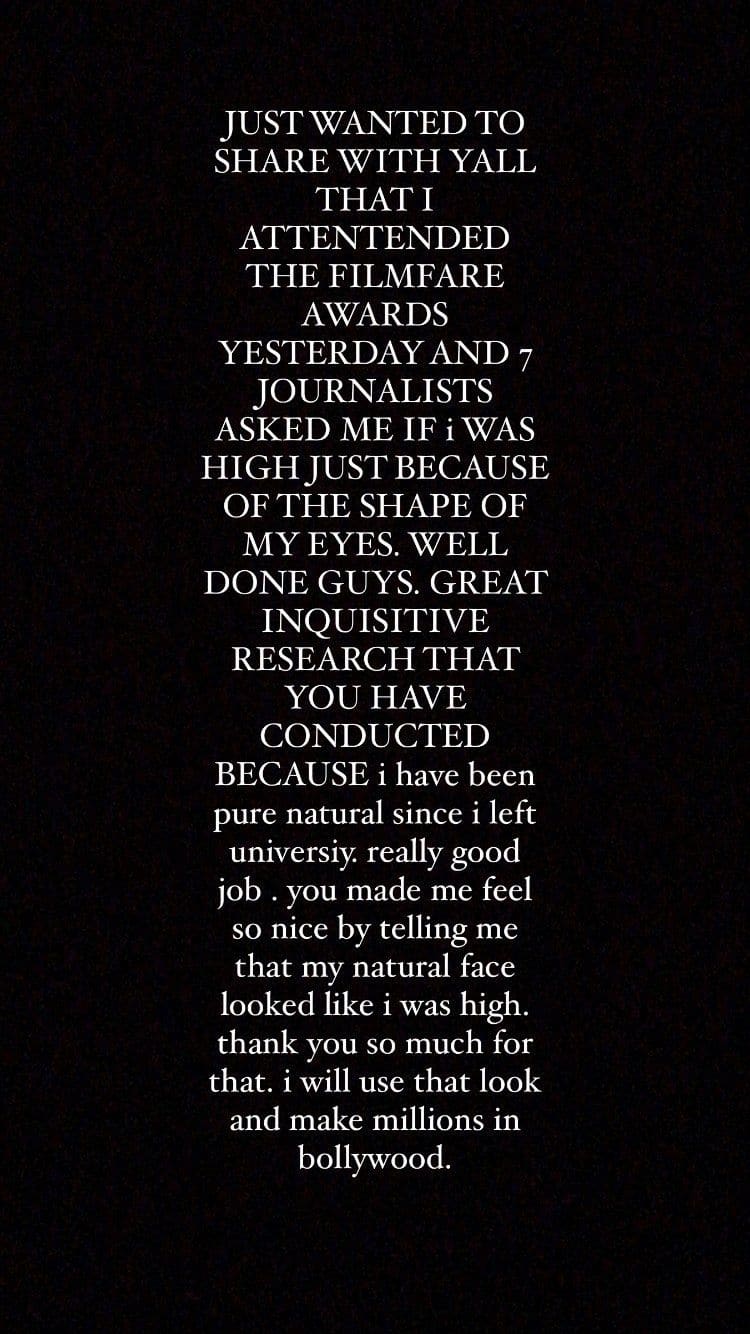 We wonder what is wrong with people nowadays given that Irrfan Khan left us last year, and it was an emotional moment for the young man. But we can see that he has father's composure and sense of humour. Babil Khan has laughed it off and also mentioned that he is ready to kill it in the world of acting. On the brighter side, he looked so much like his dad as he wore contemporary Boho Indian menswear to the event with sneakers. Fans showered love on him. He also met Jaideep Ahlawat at the event who dotes on the young man. Also Read - Gandhi Jayanti and Bollywood: War, Bang Bang, Judwaa 2 and more BIG box office releases over the years

Ayushmann Khurrana said that it was a delight meeting Babil Khan. He is also planning a career in the movies. He has done his studies at a Film School in London. The young man is loved by fans of Irrfan Khan as he reminds him so much of his dad. The recent post of his will sure raise many questions on how some section of the press is downright dumb.