7 amazing new posters of Vijay and Sridevi starrer Puli that beckons you to a fantasy adventure like never before - view pics! 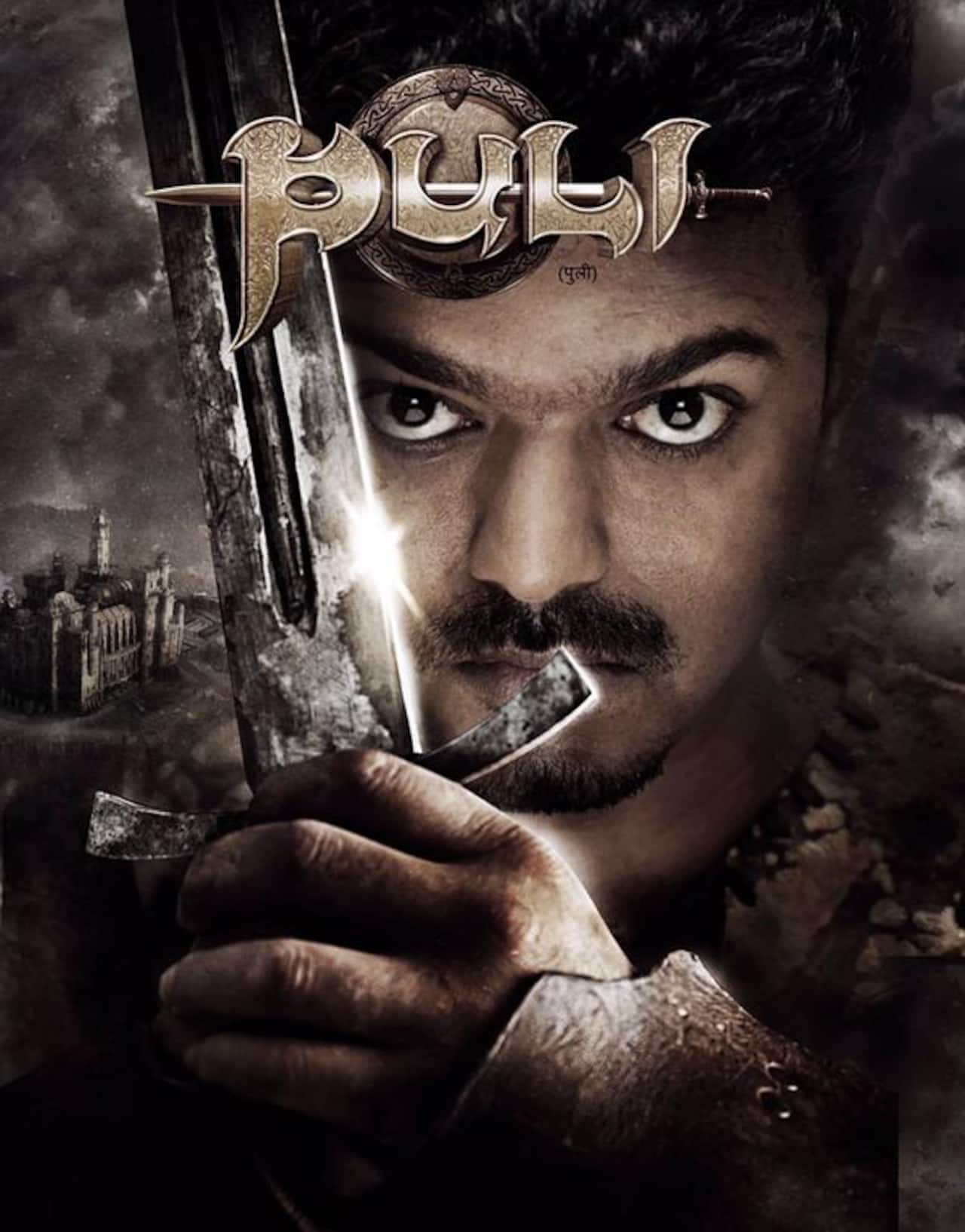 With the film releasing in three languages - Hindi, Tamil and Telugu, comparisons are being drawn between Vijay's Puli and Prabhas' Baahubali. While attaining Baahubali's perfection is a herculean task, these new posters of Puli proves that Vijay-Sridevi starrer is right on track to be the next big thing in Indian cinema! Also Read - Sridevi The Life of a Legend: Boney Kapoor announces Sridevi’s biography; calls his late wife a force of nature 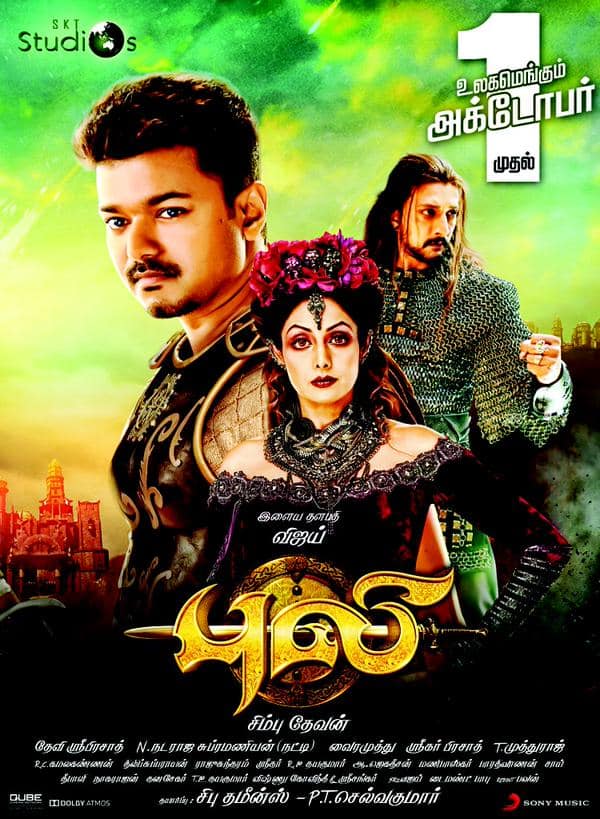 Vijay, Sridevi and Kiccha Sudeep rise above the rest in this stunning poster. Vijay's gladiator avatar and Sridevi's menacing queen look has been highly appreciated by one and all. 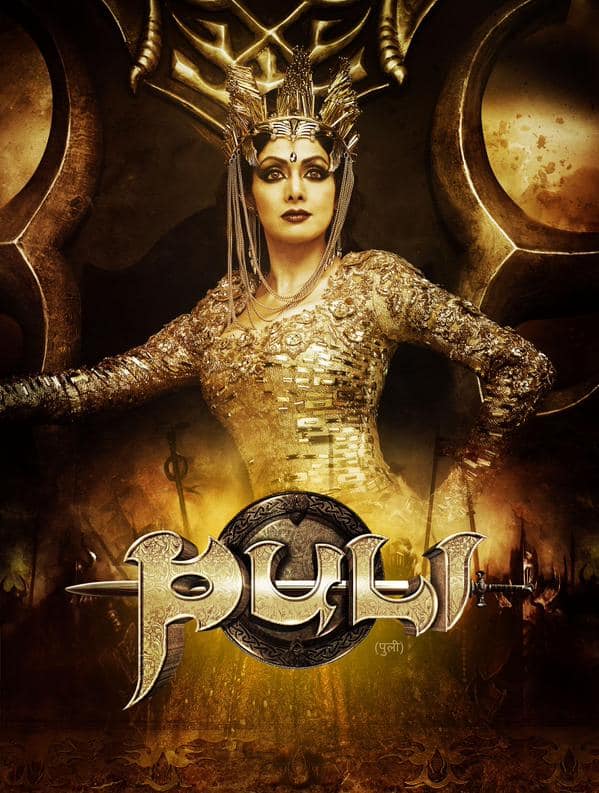 Sridevi looks ravishing and radiant in gold. Undoubtedly, she will be the major attraction of the film for audiences from the North. 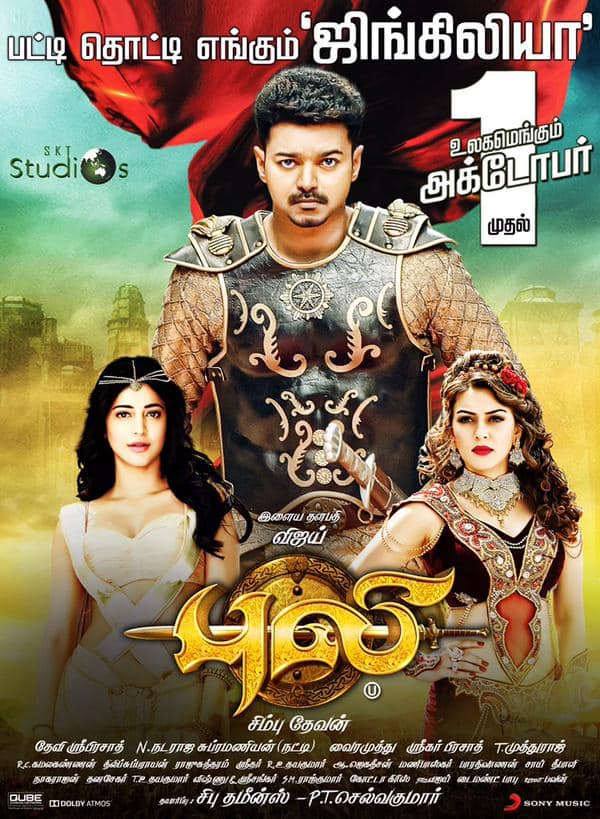 Vijay's romance with two heroines will be one of the USP's of Puli. While Vijay shares great chemistry with Hansika, it would be interesting to see if Vijay-Shrui Haasan jodi manages to find a place in audience's hearts. 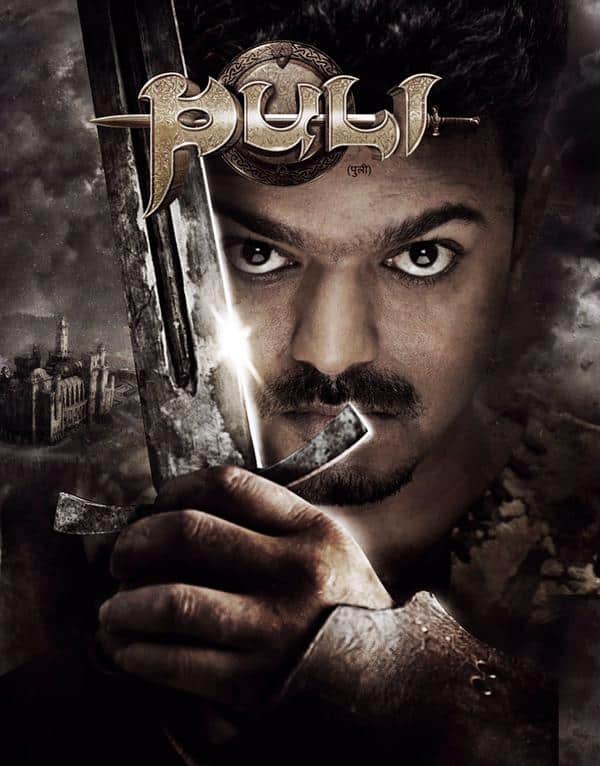 Check out this Hollywood style poster of Vijay from Puli. Vijay's grim look with a sword glinting in his hand will leave you in awe. 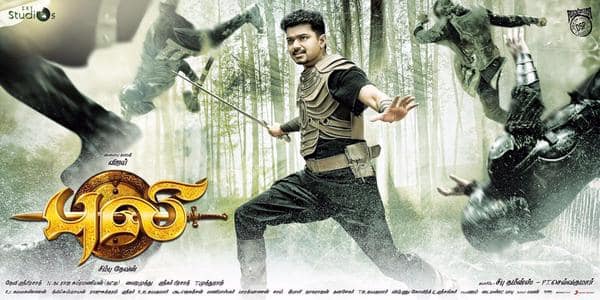 This is how we do it! Vijay strikes a heroic pose sending warriors flying after defeating them in a sword fight. 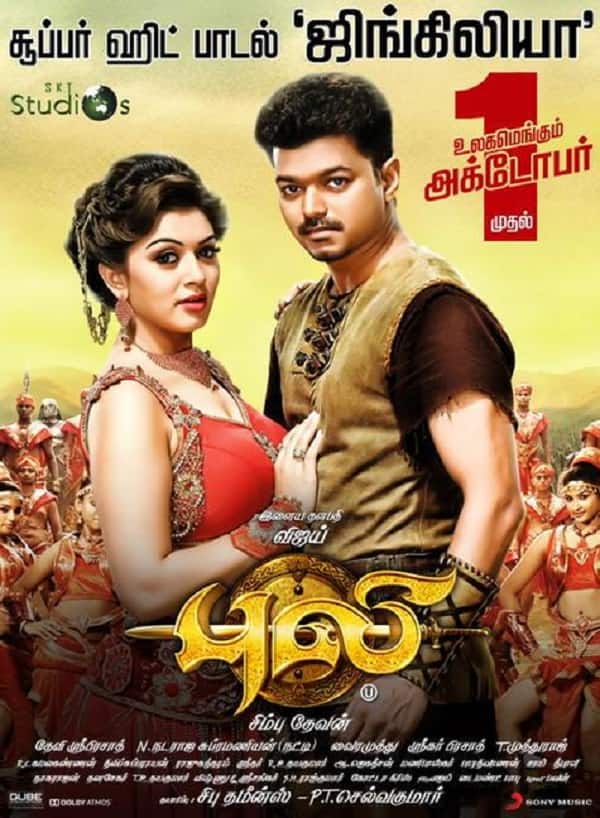 Vijay and Hansika look lovely as a pair in this poster. It is being said that Vijay is playing a triple role in the film with one of them being a dwarf. 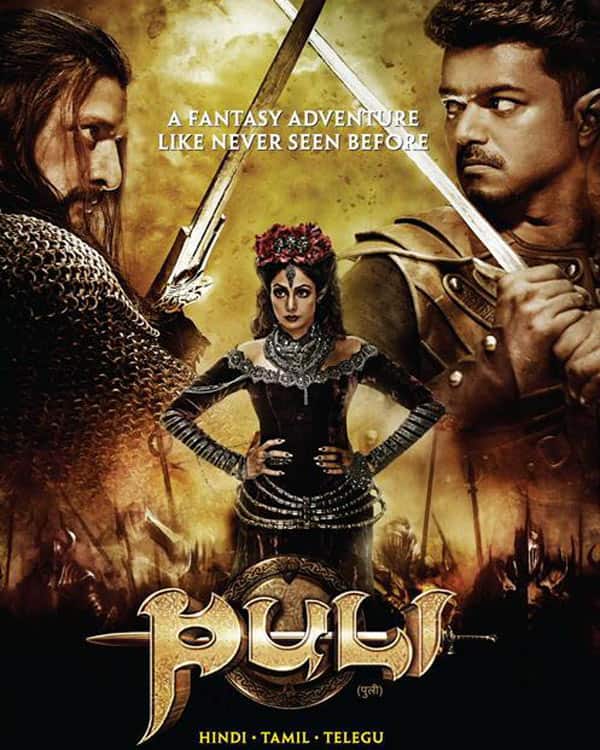 With lots of special effects and fantasy elements, Puli promises to be an epic battle between good and evil.