The trailer of Akshay Kumar and Bhumi Pednekar's Toilet: Ek Prem Katha is out and we have to say that we are mightily impressed. Not only is the trailer entertaining, but it is also inspirational. For those of you who haven't seen the trailer yet, let us tell you that the movie showcases the love story of a simple man Keshav (Akshay Kumar) with a progressive girl Jaya (Bhumi Pednekar). Set in two villages near Mathura, the movie is a satirical take on the fight against the old traditions of open defecation in India. From the gram panchayats to the sanitation department and from the role of the government to the superstitions of the villagers, we see a lot of interesting points being raised in the film by Keshav and Jaya. We even see Keshav's first love turn into a matured romance. So after seeing such an interesting trailer, we decided give you 7 moments that will leave you hooked to it... Also Read - AWKWARD: From Akshay Kumar to Shilpa Shetty Kundra: 7 of the weirdest photoshoots of Bollywood celebs that will give you a hearty laugh In the trailer we see how Keshav is desperate to get married. He keeps telling his father to get him married and being a manglik, he even marries a cow to break his curse. 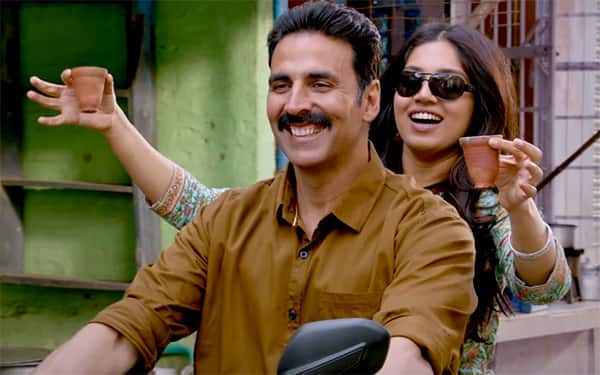 Keshav sees Jaya during Holi celebrations and instantly falls for her. He pursues her, following her in the train, to her college and even to her house. Though she gets irritated and hyper at first, his love for her melts her heart and an adorable romance starts to brew. 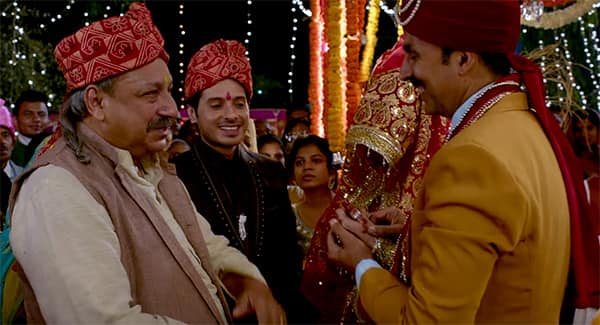 After their marriage, Keshav's father says, "Ab sab mangal hoga (now everything nice will happen)." However, his best friend (played by Divyendu Sharma) tells that, "Nahi, ab toh Dangal hoga (No, now the fights will take place)" and that's what follows. (We like the interesting mention of Dangal here) After marriage, Jaya is woken up at 4 am for a lotta party. Basically, all the women take a lotta (steel container) and head out into the farm field to defecate. During the journey to and from the field, they talk and have some fun, hence it is termed as the lotta party. (ALSO READ - Toilet: Ek Prem Katha trailer: Akshay Kumar and Bhumi Pednekar's film looks extremely entertaining yet educational at the same time)

After a few days of marriage, Jaya starts a silent fight for getting a toilet in the house. She starts throwing things, stops talking properly and behaves rudely with Keshav, just so that he installs a toilet in the house. However, the simple guy's father and the village are against getting a toilet. Once she leaves him and goes back to her house, Keshav goes against the villagers and starts a Toilet Revolution across his village. Not only to get his wife back, but to protect women and give them a safe place to defecate. 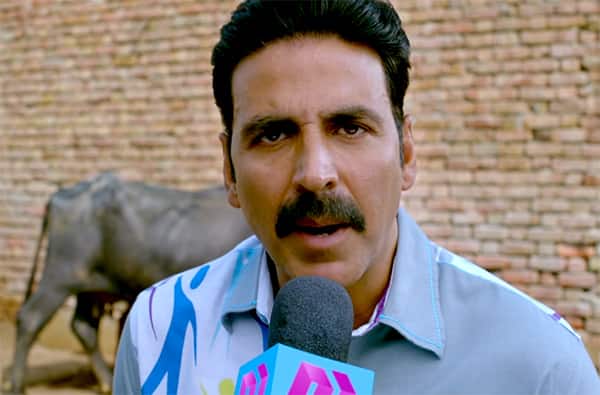 Throughout the trailer, we see and hear some hard hitting lines. In fact, some of them are hilarious too. The scene where Akshay tells a news channel that, "Biwi pass chahiye, toh ghar pe sandas chahiye (If you wants your wife near you, you need to have a toilet in the house)," makes us ROFL. 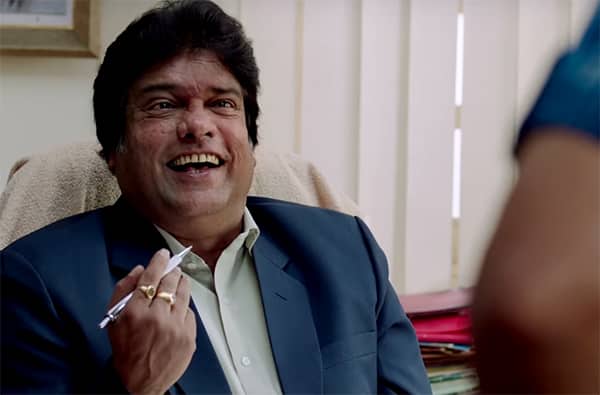 Toilet: Ek Prem Katha also shows us the problem of corruption in our system. During once particular scene, when he visits a government officer, he asks him about the money he steals from the poor people and the officer starts laughing. (ALSO READ - Toilet Ek Prem Katha trailer has Twitter cheering for Akshay Kumar - read tweets)

So here were our 7 top moments from the Toilet: Ek Prem Katha trailer. Check it out above and tell us what you think about it in the comments section below!