Naam Shabana, which was scripted by Neeraj Pandey and directed by Shivam Nair, lacked the tautness and fluidity of Baby, and it ended up being a hopscotch of two different stories rolled into one. 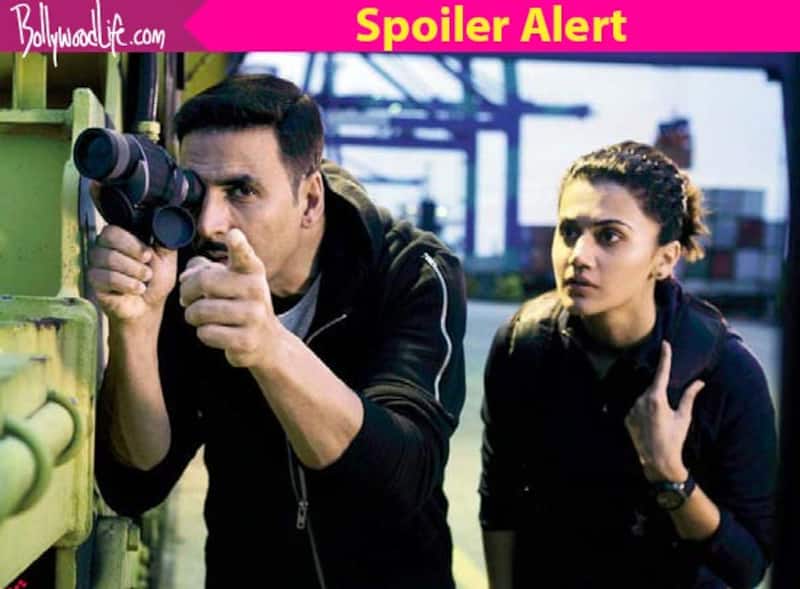 There is a reason why we can't just call Naam Shabana just a Taapsee Pannu movie. Even though Akshay Kumar is having, not a cameo mind it, but an extended cameo, the movie uses him more than its real protagonist to drive the latter part of the movie. Naam Shabana is a spin-off of 2015 movie, Baby, that also acts as its prequel, as it is set before the events of Baby. If you have seen the 2015 film directed by Neeraj Pandey, Taapsee Pannu had a small but important role in the movie, and her action sequence with Sushant Singh was one of the best portions of the film. So a spinoff with her in the lead was not a bad idea per se. Also Read - Koffee With Karan 7 finale: Karan Johar reveals why he hasn't invited Taapsee Pannu on his chat show – 'If she declines...'

However, Naam Shabana, which was scripted by Neeraj Pandey and directed by Shivam Nair, lacked the tautness and fluidity of Baby, and it ended up being a hopscotch of two different stories rolled into one. The first half was about how Shabana (Taapsee Pannu) became a part of India's nameless secret service and the second half is about her first mission that is more like Baby 2. However, the two halves look like they are parts of two different movies in their treatment. Plus, the movie leaves us with more questions that only Mr. Pandey can answer. Here are seven questions that beg to be answered, because the movie didn't know how to work around them in a justified manner. Needless to say SPOILER ALERT Also Read - Ram Setu superstar Akshay Kumar goes back to his safest bet, a film with Priyadarshan to recreate box office magic

Why was the secret service hell-bent on choosing Shabana in their team? Also Read - Ayushmann Khurrana, Tiger Shroff, Akshay Kumar and more Bollywood stars who slashed fees for SHOCKING reasons

Shabana might be a brave girl who is also a Kudo champion, but we find there is no other reason for Indian secret service to choose her out the countless people to track her for years. Well apart from the fact that she killed her father, and is quite miserly in her smiles. The way they were tracking Shabana was actually very creepy, and it's a wonder that Shabana even trusted them in the first place. Check your bathroom, Shabana, there might be hidden camera there as well.

How can revenge taking make one eligible for being a part of an official government organisation?

Shabana wanted to kill her boyfriend's murderers. and Manoj Bajpayee. one of the heads of ISS, agrees to help her in her vendetta because they look after their own. It's another matter that they could have chosen to prevent the murder of the boyfriend, but they didn't. Manoj Bajpayee also tells Taapsee that they could have chosen her a year ago, but they felt she was not read enough. Why? Were they waiting for her boyfriend to die? And why did they send their best man (Akshay Kumar) to help her in her revenge seeking? Above all, does this organisation have no belief in our judicial system, and want to make vigilantes out of people?

Was Shabana a spy or an assassin?

After her revenge-seeking and induction, Shabana gets trained to hone her fighting skills, which she already was an expert. But Baby was supposed to be a secret service organisation, and its agents were spies who are experts on surveillance. Then why was Shabana not given any kind of such training?

Why was Shabana chosen to kill the most dangerous man when they already had the best man in their team?

From the beginning itself, Manoj Bajpayee's character had his eyes on Shabana to take on Mikhail, a very dangerous arms dealer, who has killed many of his men. But why did he have confidence in this rookie, when they could have easily used Ajay Singh Rajput (Akshay Kumar) for the same purpose. He was anyways on the mission, and with the kind of swagger he possessed, he could have easily taken even Osama Bin Laden, if he was alive then. So why Shabana? The movie really should have been named Kyun Shabana?

How did plastic surgery turn Mikhail into a Mallu?

In a rather lame and predictable twist, we learn that Mikhail has opted for plastic surgery to look handsome, and as result, who looks a lot like Prithviraj. Now Prithviraj is a really fine actor and he was brilliant in that one scene where he had to show his 'true' colours. But he has trouble hiding his distinct Mallu accent, and that makers us wonder if Mikhail did plastic surgery to his vocal chords, too.

Why does Mikhail choose to conduct his plastic surgery in a large hospital?

...especially when he knew that Indian secret service knows of his whereabouts and how he looks and also he might opt for an plastic surgery again. It was a totally dumb move from a supposedly brilliant criminal, who was finally killed because Shabana had luck by her side.

Why does Ajay Singh Rajput have the need to drag Shabana as if she was a child?

Okay, the first time when she killed the main murderer of her boyfriend, we understand this behaviour because Shabana is shocked when his friends ring his doorbell. So to help her out, Ajay who comes out of nowhere, had to drag out. But in the second instance (actually third), that happens after Shabana killed Mikhail, he still drags her about to their safety, though she is already a trained spy by then. And why does he keep on disappearing after leaving her at the point of safety? She is on the same team as you, you idiot!