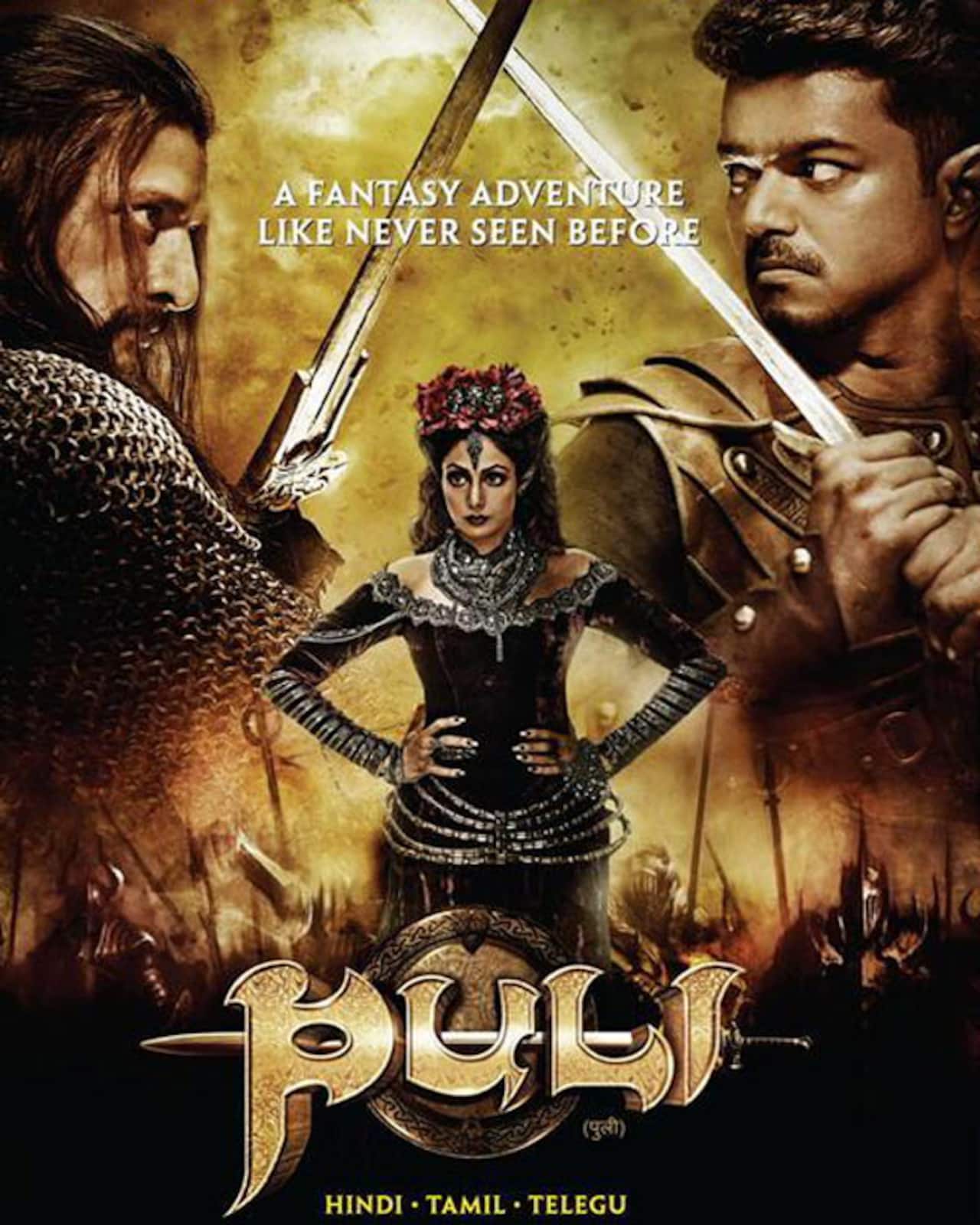 With just few hours left for Puli to be unleashed on big screen, I give you not one or two but 7 reasons to watch Vijay's latest release

The final countdown has begun. In just few hours, Vijay's Puli will be leashed on the big screens, much to the delight for eagerly waiting fans. Also Read - Hello Hall of Fame Awards: South star Vijay Devarakonda, Hansika Motwani and more deck up to perfection [VIEW PICS]

Directed by Chimbu Devan, the film stars Vijay, Sridevi, Shruti Haasan, Hansika and Kiccha Sudeep in the lead roles. Apart from its star studded cast there are multiple reasons to watch Puli at theatres near you. Ahead of its release, I bring you 7 reasons why you can't afford to miss Puli at silver screen: Also Read - South Indian actress Mahalakshmi to Devoleena Bhattacharjee: Actresses who got brutally trolled for their choice of husbands

Vijay might have played a variety of roles over the years but he has never played a mediaeval period warrior before. In fact, it is the first time Vijay is starring in a fantasy film. So how will Vijay's heroic antics turn out in Puli? Will this warrior avatar of Vijay be any different than his previous roles? Answer awaits at theatres near you.

Though she made her comeback in Bollywood with English Vinglish, Sridevi would be making her comeback into Tamil cinema with Puli after nealy three decades. Considering the buzz around her role, we have to watch out for her role of evil queen in the film. Also, it will definitely be a treat for Sridevi’s Tamil fans to see her speaking in Tamil in the film after nearly three decades.

Though the film stars super hot Hansika Motwani, all eyes would be on Shruti Haasan as she is paired opposite Vijay for the first time. Throughout the trailer, the chemistry between Vijay and Shruti would be something to watch out for. Considering Vijay is a lot like Mahesh Babu in terms of personality, will Shruti share the same sizzling onscreen chemistry with Vijay like she had shared with Mahesh in Srimanthudu?

Apart from the overwhelming star power, the film cannot be missed for its state of art VFX work. In both the trailers, the visual effects and CGI looked impressive. Even though it might not be of Baahubali standards, I hear it is still much better than the graphics work which we see in Indian cinema. Also, Vijay would seen pulling off some breath taking sword fighting stunts.

What’s Puli all about

And the mystery around the plot of Puli is finally expected to revealed in the trailer. What will be Vijay’s role in the film and how would this fantasy fiction play out would be one the most looked forward aspects of watching the film. Is Vijay playing triple role? Does Sridevi have magical powers? We will find out tomorrow for sure.

A plethora of fantasy creatures

Apart from the dwarfs and the lilliputs, the second trailer of Puli gave us a glimpse of its mystical world filled with fantasy creatures. The giant tortoise, the big colourful birds, the troll, the one eyed monster are set to attract fantasy movie lovers. After a long, long time a main stream film has dared to bring such characters tp life. And if not for Vijay, Sridevi or other stars, Puli definitely deserves a watch for its plethora of fantasy characters.

Sudeep, who became quite famous all over the nation after his villainous role in SS Rajamouli's Eega, will again be donning the antagonist's hat in Puli. It is being said that the face off between the Kannada superstar and Illayathalapathy Vijay is nothing short of spectacular. Their equation in the film is sure to draw crowd in large numbers.