In March 2017, Beauty and the Beast, one of the most popular and adored fairy tale romances gets a new cinematic makeover. In March 2017, Beauty and the Beast, one of the most popular and adored fairy tale romances gets a new cinematic makeover. Releasing on 17th March, a live-action musical adaptation of the studio’s animated classic will grace our screen, and if last year's The Jungle Book is anything to gy, we surely can expect a visual extravaganza. Beauty and the Beast boasts of an extraordinary ensemble cast, consisting of Emma Watson, Dan Stevens, Luke Evans, Kevin Kline, Josh Gad, Ewan McGregor, Stanley Tucci with Ian McKellen and Emma Thompson. Also Read - Jennifer Lopez, Katy Perry, Emma Watson and other Hollywood actresses who nailed the no make-up look with grace

While it is just a month away from reaching us, we can while away that time by watching a few other Disney movies, which have always been the epitome of epic romance, lovable characters and fun family moments. Need recommendations? Here are 7 of them...Just a V Day special gift for you... Also Read - BTS: The boys' epic reaction on V failing to recognize Iron man Robert Downey Jr's cannot be missed 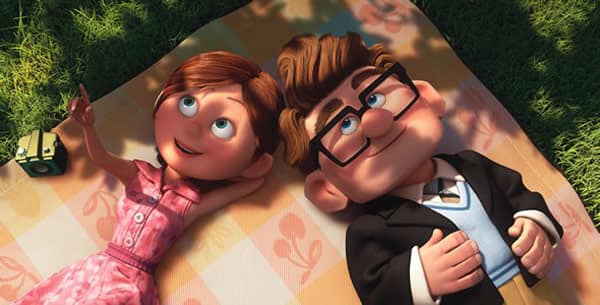 Directed by Pete Docter, the film centers on an elderly widower named Carl Fredricksen and an earnest young "Wilderness Explorer" named Russell. By tying thousands of balloons to his home, 78-year-old Carl sets out to fulfill his dream to see the wilds of South America and complete a promise made to his late wife, Ellie. The first ten minutes of the movie is one of the finest romantic storytelling techniques ever seen in a movie. 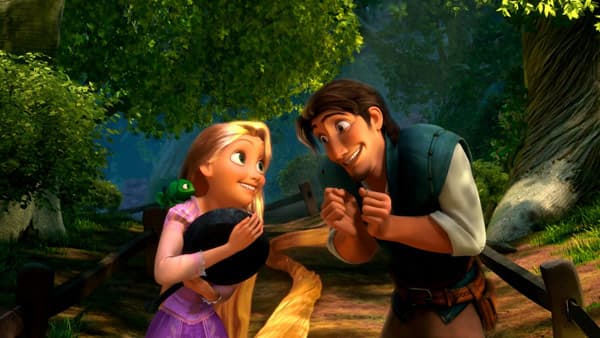 Featuring the voices of Mandy Moore and Zachary Levi, the film tells the story of a lost, young princess with long magical hair who yearns to leave her secluded tower. Against her mother's wishes, she accepts the aid of a handsome intruder to take her out into the world which she has never seen, with the help of a dashing young man 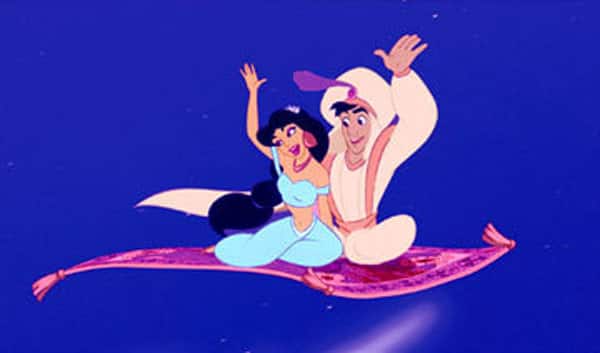 The love story of a rich princess Jasmine and a poor but goods hearted Aladdin relates a version of the story of Aladdin and the magic lamp from The Book of One Thousand and One Nights. It was the most successful film of 1992, with over $217 million (over $400 million adjusted) in domestic revenues and over $504 million worldwide. Voice actors included Robin Williams as the Genie. 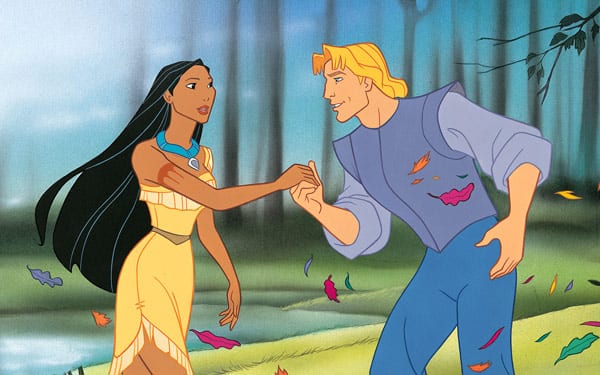 Directed by Mike Gabriel and Eric Goldberg, the film is inspired by the known history and folklore surrounding the Native American woman Pocahontas and portrays a fictionalized account of her historical encounter with Englishman John Smith. Pocahontas was released on June 23, 1995, to audiences who praised the film for its theme of love, animation and music.

The Princess and the Frog 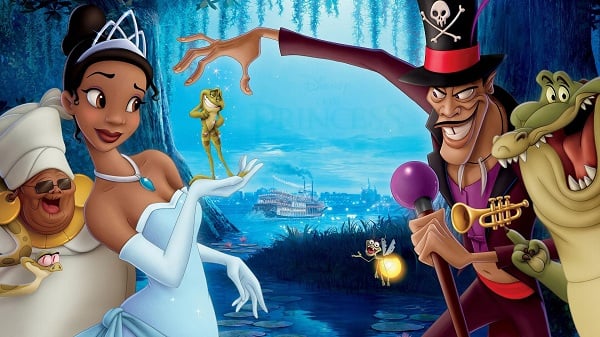 The Princess and the Frog is loosely based on the novel The Frog Princess by E. D. Baker, set in 1920s New Orleans, Louisiana. The film tells the story of a hardworking waitress named Tiana who dreams of owning her own restaurant. After kissing a prince who has been turned into a frog by an evil witch doctor, Tiana becomes a frog herself and must find a way to turn back into a human before it is too late. 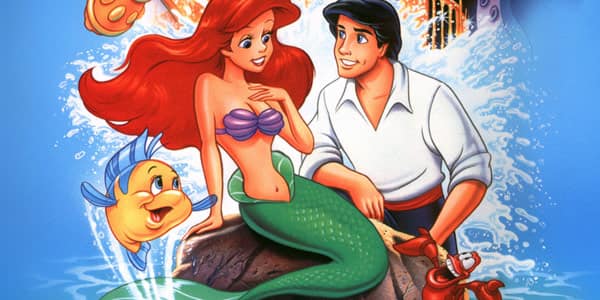 Based on a fairy tale by Hans Christian Andersen, The Little Mermaid tells the story of a beautiful mermaid princess who dreams of becoming human, and she falls in love with a human being. 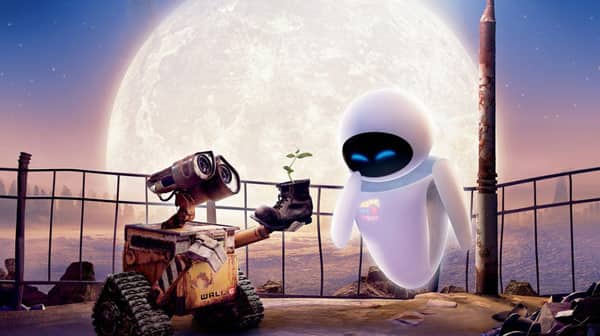 WALL-E, the last scavenging robot on a deserted Earth, is infatuated with EVE, a probing android sent by a spaceship who is initially hostile but gradually befriends him. When WALL-E brings EVE to his trailer and shows her his plant, however, she suddenly takes the plant and goes into standby mode. WALL-E, confused, unsuccessfully tries to reactivate her. The ship then returns to collect EVE, and with WALL-E clinging on, returns to its mothership, the starliner Axiom.