There is more to both than what meets the eye.

Akshay Kumar, we bow down to thee! You have shown once again that you can make superhits even with multiple releases and no great critical reviews. Also Read - From Akshay Kumar, Shilpa Shetty Kundra to Deepika Padukone: 8 Bollywood celebs who don't drink

This year, he came up with three films and and all the three films, Airlift, Housefull 3 and Rustom, worked well at the box office. Rustom is currently the favourite of the masse,s and it has managed to trump its Friday rival, Hrithik Roshan's Mohenjo Daro, by a wide margin. Also Read - Bollywood actors who were shockingly REPLACED in film sequels leaving fans disheartened

But we are not gonna talk about Rustom here; that's a different story altogether. Today we are gonna talk just about Akshay Kumar and how he is Bollywood's answer to Ben Affleck. Yes, you read it right. Nope, I am not joking. The Oscar-winning actor-director and the Rustom star have a few similarities in their career, and I am not just talking about how Airlift and Baby is similar to Argo. Also Read - These Bollywood movies STREAMING on ZEE5, Jio Cinema, Netflix and more OTT platforms were banned in Pakistan for bizarre reasons

Both Ben Affleck and Akshay Kumar have seen many ups and downs in their movie careers, have almost been written off and now they are said to be the most in-demand talents in their respective industries. While Akshay Kumar has not turned a screenwriter or director like Ben Affleck, he is a producer in his own right and has done some decent work there (Rustom is his co-production).

Here are 5 similarities that we found between Akshay and Ben. 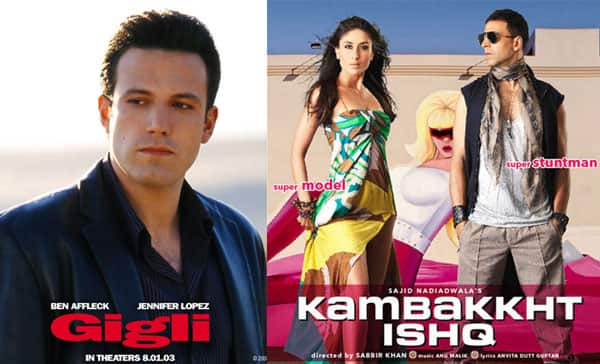 Except for the Khiladi series and to some extent Dil Toh pagal Hai, Akshay's career in the '90s was not something he would be exactly proud - Aflatoon, Tarazu, Sapoot, Lahu Ke Do Rang - I may be going over the top here, but sometimes the kind of films he did, made him look like a more flexible Mithunda. Even in this century, there are some bad films like Blue, Kambakkht Ishq, Police Force and all. Talking about Ben Affleck, a few films he did as a hero like Gigli and Jersey Girl made people troll him a lot. He did a lot better in supporting roles then, like Good Will Hunting, Dogma, Dazed and Confused. So did Akshay in Dil Toh Pagal Hain and Khakee.

Both had a late brilliant resurgence in their career 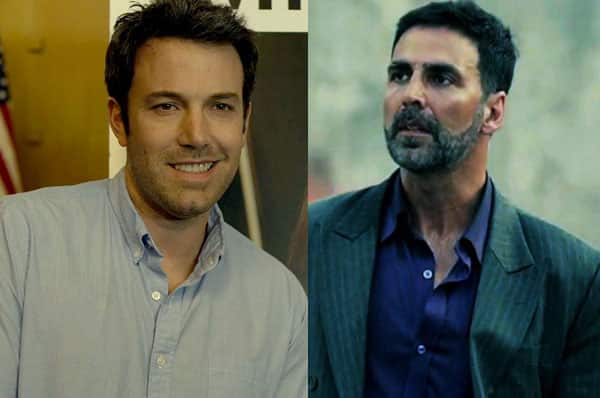 People began to appreciate Ben Affleck more, when he moved to directing and created two of the best crime dramas in Gone Baby Gone and The Town, also starring the latter. He also won the Best Film for Argo, the last film that he both directed and acted (and was cruelly counted out of the Best Director race). Even in films that were not directed by him, he shined, like David Fincher's Gone Girl.

Akshay Kumar is considered to be one of the best actors in town today, and that's because of the kind of films he did lately. Though people feel it was Hera Pheri that changed his career, I personally feel it was Khakee and later Mujhse Shaadi Karogi, that changed our perceptions about him. And of course, his collaboration with Neeraj Pandey helped matters.

Both can sport that grey stubble like a pro 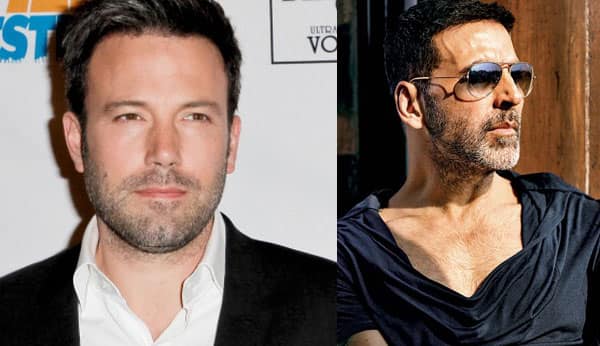 Not writing much on this. Let the picture tell you the story. 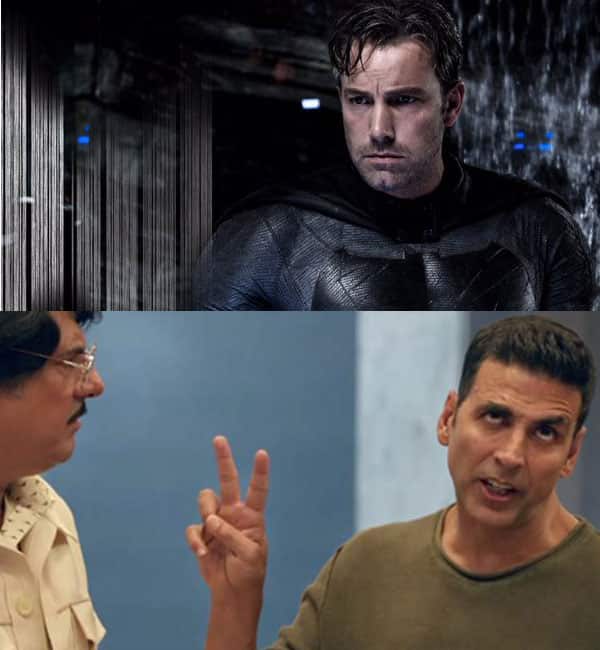 Interestingly, both the actors are the best things about the franchise and they have been mostly unscathed with the reviews

Both had their fair share of much publicised affairs, pre-marriage 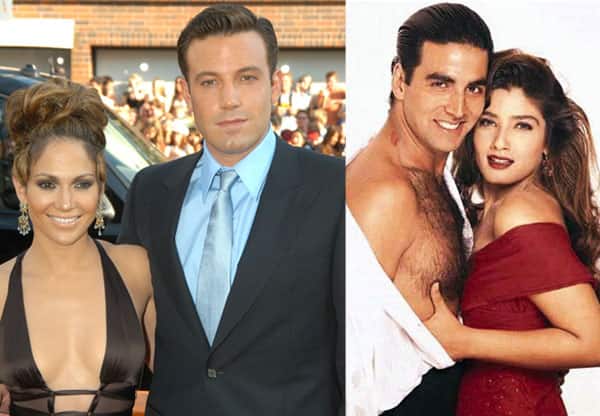 Akshay Kumar was known as the Casanova of Bollywood before his marriage, being linked up with Raveena Tandon, Shilpa Shetty, Pooja Batra and all. Ben Affleck's relationships with Gwyneth Paltrow and Jennifer Lopez are also well known, especially with the latter. Both Akshay and Affleck are still on good terms with most of their exes.

Both married their co-stars 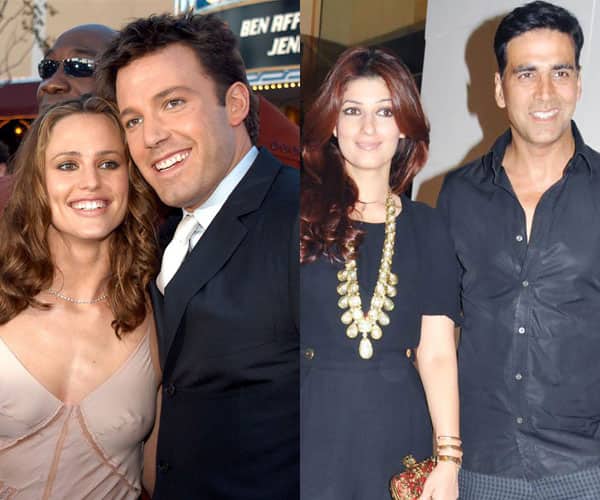 Akshay Kumar and Twinkle Khanna met and fell in love while shooting for International Khiladi and Zulmi, before they got married. Ben Affleck and Jennifer Garner had a thing going on while they were shooting for Daredevil, and they got married soon after. However, unlike Akshay-Twinkle, Jennifer and Affleck have separated recently though, they still come together for their kids.

Never won Best Actor in major award functions, but have won in other categories 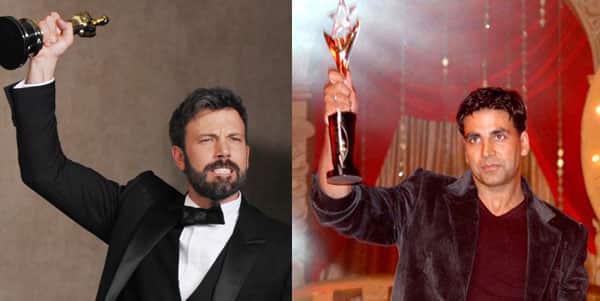 Ben Affleck has won two Oscars - Best Screenplay (Good Will Hunting, which he shared with bestie Matt Damon) and Best Film (Argo), but he has never won Best Actor award. Similarly Akshay had won Filmfare awards for Best Actor in a Negative Role (Ajnabee) and Best Actor in a Comic Role (Garam Masala), but never won the Best Actor even after being nominated multiple times.