Having seen the film, a week in advance, I can definitely say, you are in for a TREAT!

One of the biggest films of the year, Captain America: Civil War, releases in India on May 6. However, I was one of the lucky few to have watched the film a week before, and I have to say it in the start itself, I am MIGHTILY IMPRESSED! Also Read - Tom Holland aka Spider-Man breaks up with Olivia, his childhood friend

Civil War is exactly the kind of film we want Batman V Superman to be, but didn't get! I know BvS has its supporters, but many might agree with me that the film ruined its huge potential. Though I never want to compare the films here, you can't help but do it, since the basic plot and even scale is nearly the same. But Civil War and its directors, the Russo Bros shows us how it has to be done - a superhero showdown that makes us feel every time a punch lands on a hero's face! Also Read - Aquaman Box office collection: DC film SHATTERS records in China; surpasses Captain America: Civil War’s LIFE TIME earning in just 10 days

Captain America: Civil War might be the darkest film in the Marvel Cinematic Universe, but it is not without its moments of fun, something that BvS totally lacked (there I go again...). Also, the movie gives us two new superheroes, who are totally different in their mannerisms, yet fit in the larger scale of things. Also Read - Avengers: Infinity War fails to beat Black Panther's perfect score on Rotten Tomatoes

Here are 7 things in the film, that will definitely impress you! 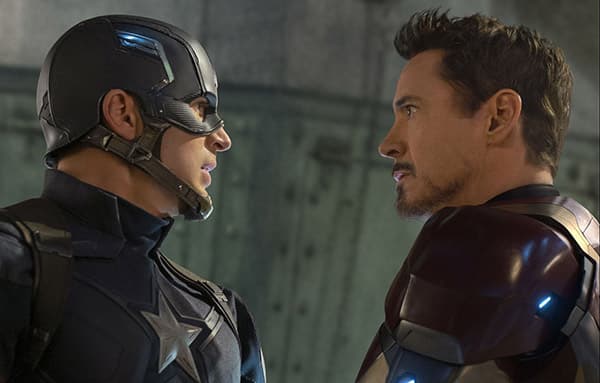 Of course, this is the reason why the film exists in the first place! Unlike the comics where you really root for Cap, here both Cap and Tony Stark are both right and wrong at the same time. What starts off as a dissent over the Sokovia Accords, spirals into something huger, when the Winter Soldier gets involves, and by the time climax arrives, and more secrets are spilt, the feud between Iron Man and Cap gets out of hand, to the point of beyond repair.

With Winter Soldier, the Russo Bros have shown they are adept at action choreography, especially hand to hand combat. With Civil War, they go several notches higher, especially the Black Panther - Bucky - Cap chase sequence, the airport scene (more on that later) and the final combat. The last scene is especially good, since it's far more painful and dark.

The adequate use of humour 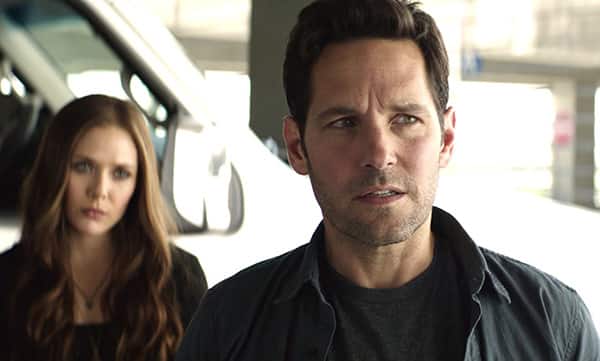 What's MCU without its trademark humour? Civil War has enough of such funny moments and quips, though it doesn't overdo it like Avengers: Age of Ultron. One of the best funny scenes in the film is when Cap and Sharon Carter are having a little private time, while Bucky and Falcon are having a banter in the car. After Cap kisses Sharon and turns towards the car, he finds both of them stop bickering and giving him their smiling approval!

Just when you thought you have seen enough superheroes, here comes a new one that will make you desperate for his solo flick. Chadwick Boseman's Wakandan prince, is the most serious of the lot, a vengeful son whose movies can give any ballet dancer a complex. And how he runs! He is a total pain in the a$$ for Cap and his friends, who don't know how to handle this new hero!

Yes, they did it right! Tom Holland's Spider-Man is definitely the best onscreen adaptation of the web crawler. While Tobey Maguire's Peter Parker was geeky, he lacked the quips of Spider-Man. On the other hand, Andrew Garfield was too cool to be Peter Parker, but apt as Spider-Man. Tom Holland balances both the characteristics of Spider-Man admirably. He is almost the same age as the high school going Peter Parker, is geeky and quippy at the same time, forcing even Falcon to say that there is not usually this much talking in a fight!

While Spider-Man definitely impressed, it was Paul Rudd's Ant-Man who was the film's biggest winner. Whichever scene Paul Rudd was in, he simply made you go ROFL! And he easily had the film's greatest WTF moment, which I am not spoiling here for your viewing pleasure!

Iron Man, Captain America, Spider-Man, Ant-Man, War Machine, Black Panther, Bucky, Black Widow, Falcon, Scarlet Witch, Vision, Hawkeye - 12 superheroes, one fight scene. One AMAZINNGGGG fight scene, that will make you laugh, as well as teeter on your seats at the same time. And it effing lasts for 17 minutes! This one scene is worth ten times your ticket price!

Let us know what you feel about the film....