Bebo should totally sport an "I rock" t-shirt to her gym!

Kareena Kapoor Khan often gets the internet talking before the hitting the gym and it's mainly because of her gym fashion. The actress was recently spotted outside her gym wearing a top with a message that read, "Ok, but first coffee". Now we know what gets Bebo all pumped up for gym in the morning. The actress makes a style statement wherever she goes and we totally love this one too. This won't be the first time that we have seen Bebo flaunt her mood with the one-liners on her tops. Just recently the actress was spotted in a neon green top that read, "Nope Not Today". Also Read - Bollywood TOP actresses and their bizarre conditions before signing movie contracts

It reminded us so much of her bikini in Tashan. Speaking of which, the actress is back in shape and has the perfect bikini bod right now. She would definitely set the temperatures soaring if she dons a bikini right now. The actress should definitely start a gym wear line of her own pretty soon. She clearly has a soft spot for gym-wears that have one-liners on them, even if it just says, "Drama Queen". The actress takes her fitness regime very seriously and makes sure to never miss a day of working out, even if it's a Sunday. (ALSO READ: Kareena Kapoor Khan has a penchant for green colour and these pictures are proof) Also Read - Bollywood celebs who LEAKED their WhatsApp chats in public

Check out some of these pictures of Bebo sporting gym wear with one-liners on them, including the one she is wearing today. Also Read - Shocking and honest confessions by Bollywood actresses that went viral! 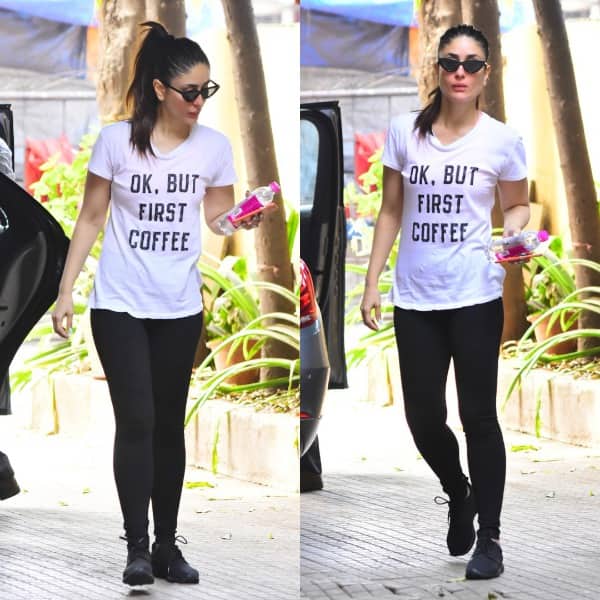 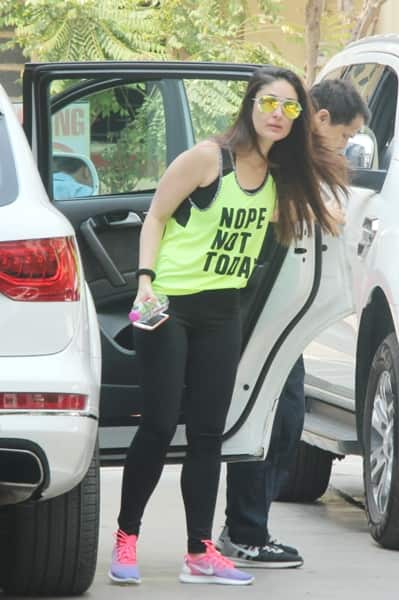 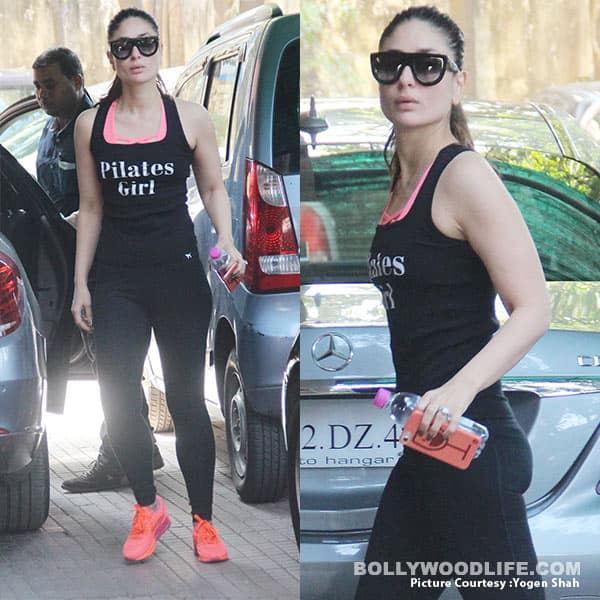 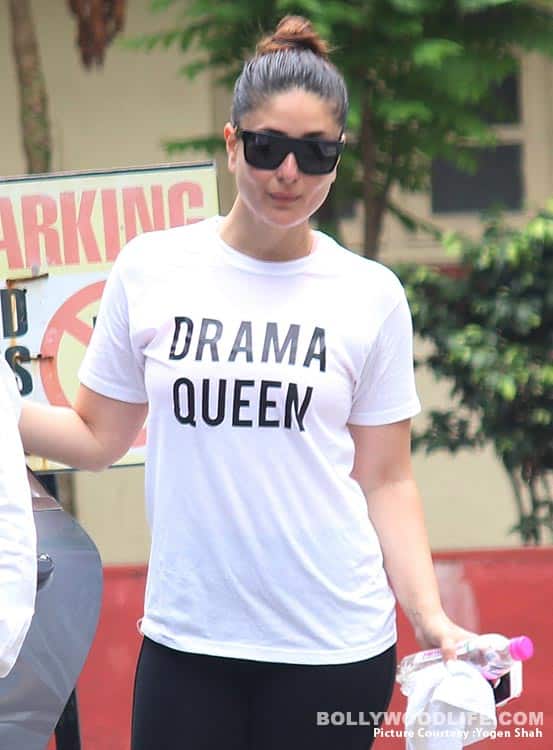 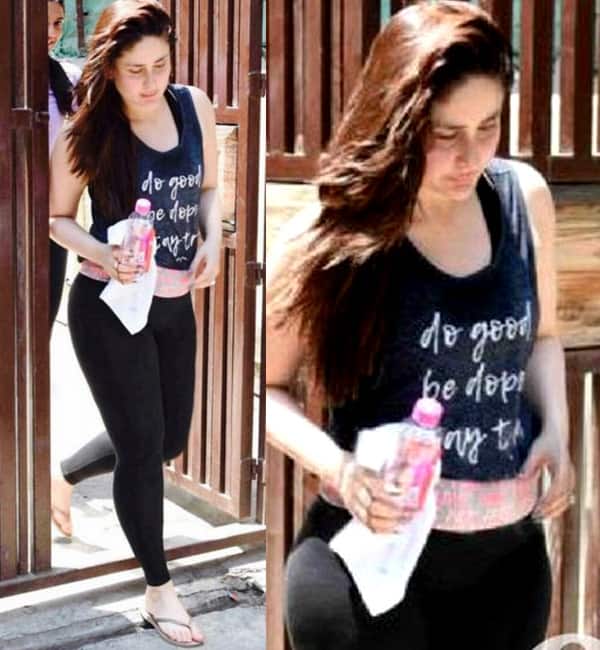 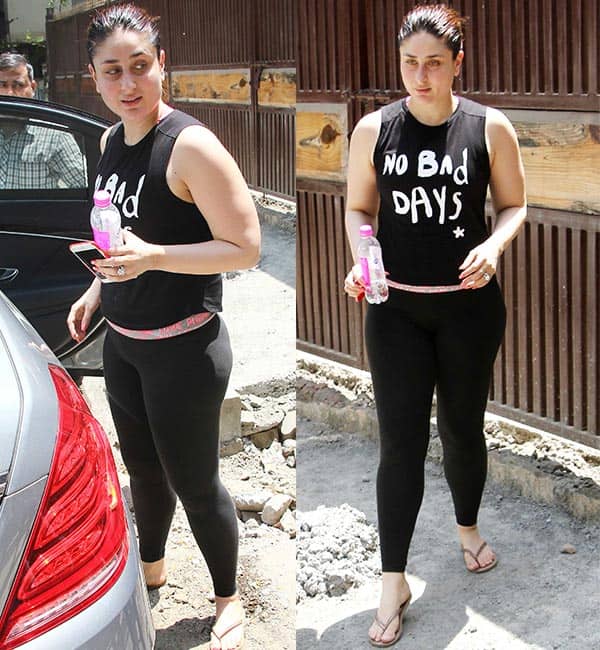 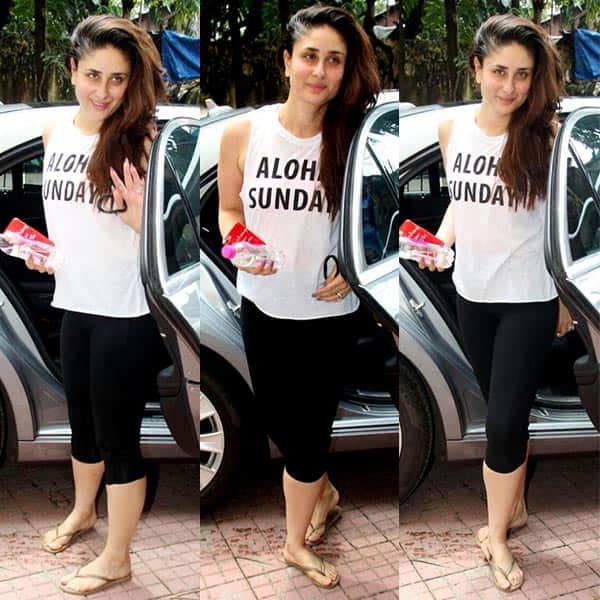 See, it's so easy to find out what mood Bebo is in, all you have to do is look at her gym pictures. Judging by her recent pictures, we're sure that the actress will go back to her size zero avatar really soon. Speculations are rife that the actress will be seen in her size zero avatar in her upcoming film, Veere Di Wedding. The film is set to hit the screens on 1st June 2018. Bebo will be seen with Sonam Kapoor and Swara Bhaskar in the movie.

But coming back to her gym wear, which one of these are your favourites? Tell us in the comments below and stay tuned for more.