On behalf of BollywoodLife, we wish the talented Bachchan scion Many Many Happy Returns of The Day.

At the dawn of this new millennium, a promising star son of an illustrious and well-adored superstar and legend made his debut is what was touted to be the biggest movie of the year. That year was 2000, and the movie was Refugee. As you know, Abhishek Bachchan and Kareena Kapoor Khan were launched by JP Dutta in the movie. This was JP Dutta's followup after the blockbuster success of Border, so there was a lot of hopes and expectations riding on the movie, along with the fact that it stars two popular star kids. However, in the aftermath of Hrithik Roshan blitzkrieg in the same year, when he made his debut with Kaho Naa... Pyaar Hai, Abhishek's debut paled as a consequence, despite getting the biggest BO opening of the year. Ever since then Abhishek's career has been a series of ups and downs. Also Read - When Sonu Sood reminded Aishwarya Rai Bachchan of Amitabh Bachchan while working in Jodhaa Akbar; here's what happened

After a spate of flops, Abhishek Bachchan finally found critical acclaim in Mani Ratnam's Yuva, followed by his first proper taste of blockbuster success in Dhoom. From thereon, he found more hits in Dus, Bunty Aur Babli, Sarkar, Bluffmaster, Dostana, Dhoom 2 and of course, his best performance in Guru. In between, he also gave a few enjoyable cameos in Hum Tum, Salaam Namaste etc. However, in the past few years he has been seeing a slump in his career when it comes to his solo lead movies, though he has seen blockbuster successes in Bol Bachchan, Happy New Year, Dhoom 3 and Housefull 3. Lately the number of movies that he has been doing had been reduced drastically with only one movie with Prabhu Dheva is something that we know he is working on. It's kinda sad since Abhishek is definitely a fine actor, who redefined the meaning of swag during mid 2000's. Also Read - Trending Entertainment News Today – BTS' Jin is all set to become an uncle soon, Rakeysh Omprakash Mehra burnt a script after being unable to launch Abhishek Bachchan?

While we talked about his popular movies in the above para, in this special section let's talk about his 7 very underrated performances that needs to be given more love. Also Read - Shershaah: Fan tweets, 'No offense to Sidharth Malhotra but Abhishek Bachchan played Captain Vikram Batra way better in LOC: Kargil' – Check out Jr AB's reaction 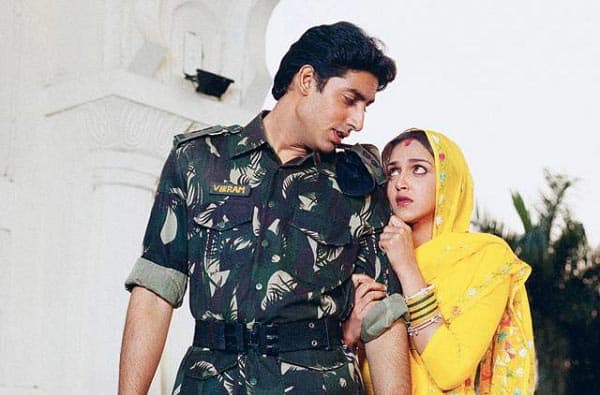 JP Dutta did the impossible when he cast half the industry in his Kargil war-based drama, that had a plethora of stars like Sanjay Dutt, Ajay Devgn, Saif Ali Khan, Akshaye Khanna, Kareena Kapoor, Suneil Shetty, Rani Mukerji and of course, Jr. Bachchan. Even though there were a lot of stars to compete with, Abhishek did manage to stand out among the rest with his earnest performance as the real-life war hero Vikram Batra. Unfortunately, both the movie and the performance remain one of the very underrated aspects of Bollywood cinema. 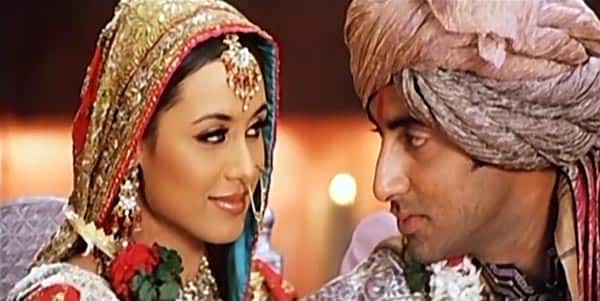 Though he has a cameo in this YashRaj romantic drama (that for some reason gave Saif Ali Khan his first and only National award) with just two scenes or so to speaks, Abhishek still managed to be his charming best in whatever little he gets to do. His heart to heart conversation with Saif Ali Khan at the airport remains the best scene of the movie. 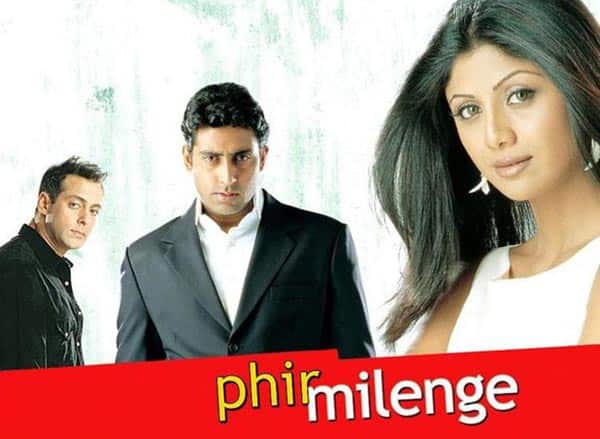 Revathy adapts Tom Hanks and Denzel Washington's Philadelphia into Bollywood, making it a heartfelt affair bolstered by brilliant performances from its trio of lead stars, Shilpa Shetty, Abhishek Bachchan and a surprisingly mellow Salman Khan. Abhishek, particularly, was really good in the courtroom scenes, especially when he has to deliver his final speech. 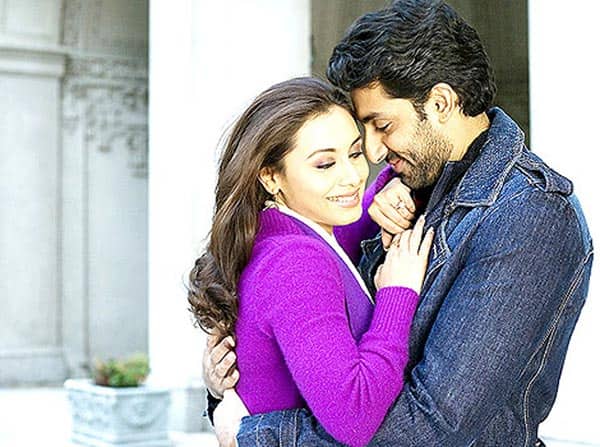 I know this is a Karan Johar movie, and yet it is his darkest and most underrated movie. While the movie focuses on the extramarital affair of lead couple played by Shah Rukh Khan and Rani and the creepy antics of Amitabh Bachchan as Sexy Sam, it is Abhishek Bachchan who gets the most sympathy as the loving husband to Rani who becomes the victim of the affair. 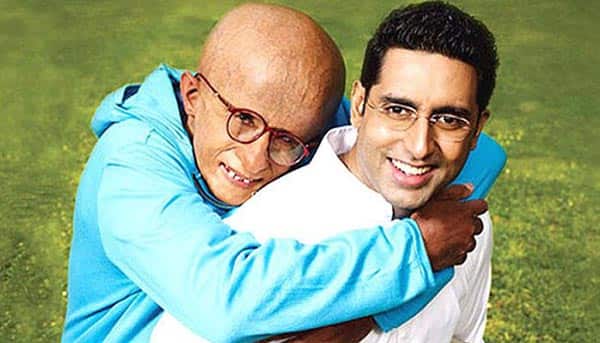 Amitabh Bachchan's Progeria-afflicted character is the highlight of R Balki's Paa, that also won him his third National Award. But Abhishek Bachchan's act as the politician who has to deal with newly discovered dying kid is not something you can't ignore. In one of his most subtle performances ever, Abhishek brings out warmth and affection in his performance, as he plays dad to his real-life father. 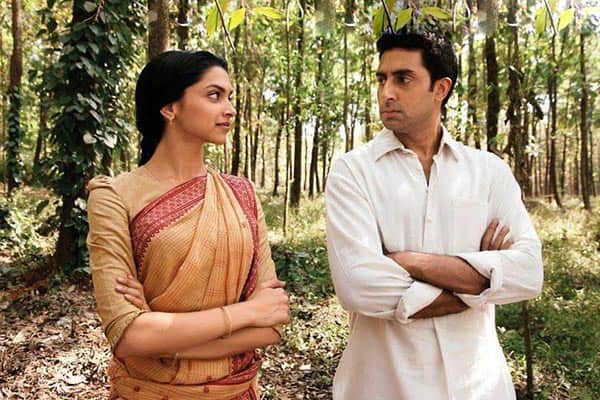 I seriously don't understand the hate this Ashutosh Gowariker period drama based on Chittagong revolutions has received during its release. Sure, it's not another Lagaan and it requires some fine-tuning, but there were scenes that will touch your heart deeply. And Abhishek wasn't too flashy or preachy in his performance as revolutionary Surya Sen, a crime most patriotic drama heroes commit. It is definitely one of his most under-valued roles. 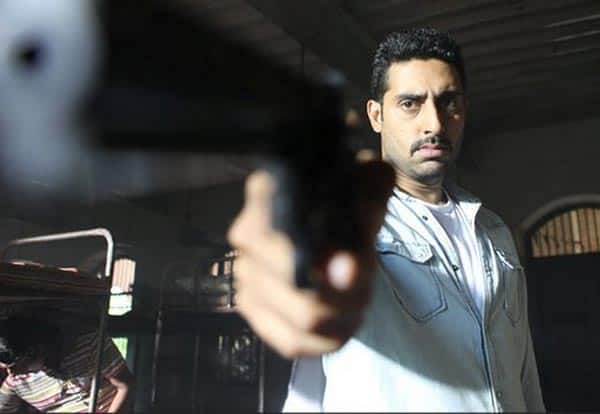 Rohan Sippy's take on the drug cartel in Goa is dark, realistic and gritty, but it is certainly worth a watch and deserves more love. Especially Abhishek Bachchan's role as the pained cop, still reeling from the death of his wife while trying to eradicate the kingpin of the drug cartel. His surprise death scene just before the climax is one of the most shocking twists in Bollywood cinema.

On behalf of BollywoodLife, we wish the talented Bachchan scion Many Many Happy Returns of The Day. And we do hope that he gets that one lucky break that will make him the strong force he was a couple of years back.