8 before and after VFX pictures of Vijay-Sridevi's Puli that will leave you in awe! 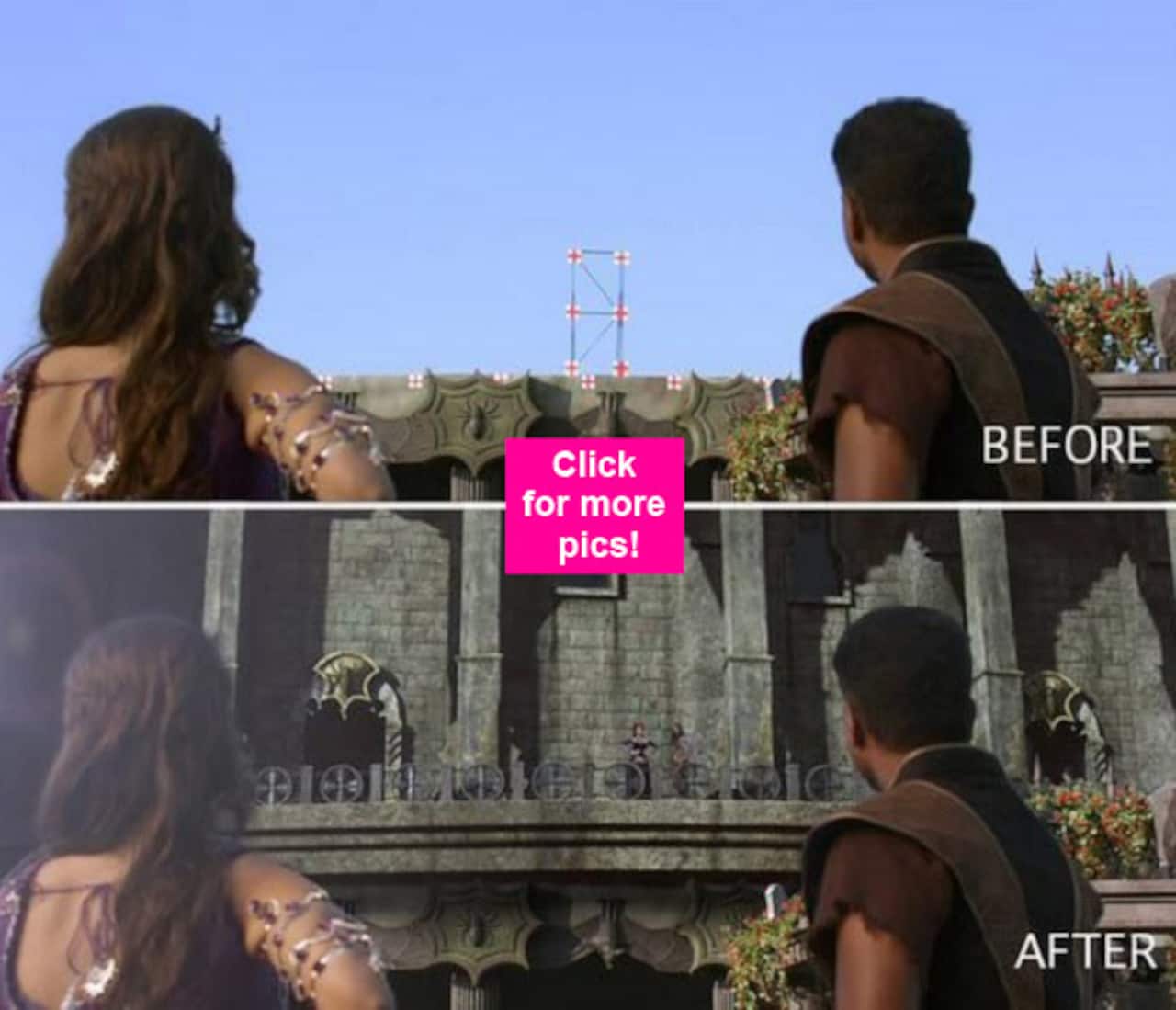 Though the standard of VFX in Puli might not be as great as that of Baahubali, you will be amazed to see how castles, pillars and scenic backdrops are created from thin air using VFX

After a long time in Tamil cinema, a big budget fantasy film has hit the screens to capture the imagination of the audience. With the star cast as stellar as that of Puli, Chimbu Devan's fantasy adventure film was one of the most awaited releases of the year. Also Read - Baahubali, The Kapoor family and more Bollywood films and Indian celebs who have set Guinness world records

But alas, Puli disappointed fans in so many levels that it is hard to put in words. But one department which tried its best with limited budget is VFX of Puli. Though standard of VFX in Puli left lot to be desired, there were enough scenes in the film where the CGI impressed us. Ever wondered what goes behind in creating stunning VFX visuals? Here are 8 before and after pictures of Puli, that will let you know the might of VFX. Also Read - Rashmika Mandanna, Samantha Ruth Prabhu and more: Top South Indian actresses and their most shocking controversies 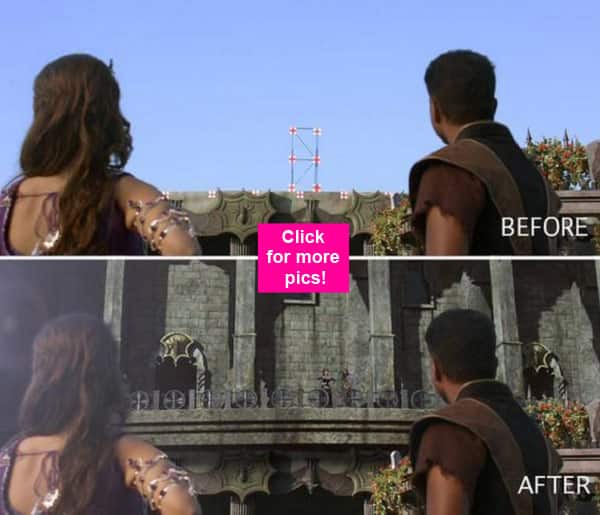 Not just the entire castle but even the silhouette of Sridevi has been created from thin air using VFX. 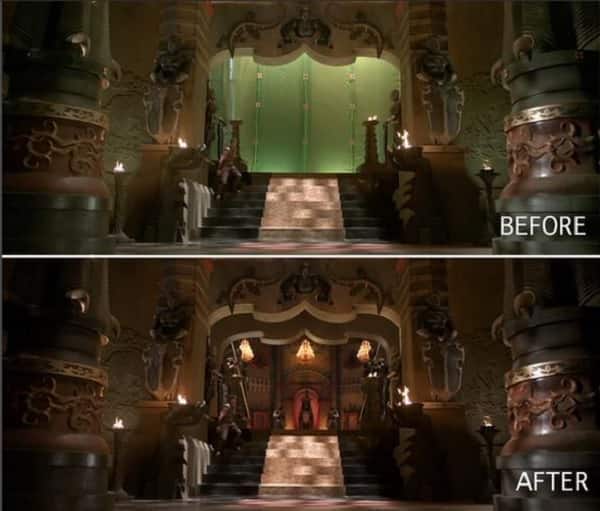 While the set design is undoubtedly impressive, the throne, the pillars and chandeliers in the backdrop were created using green screen. 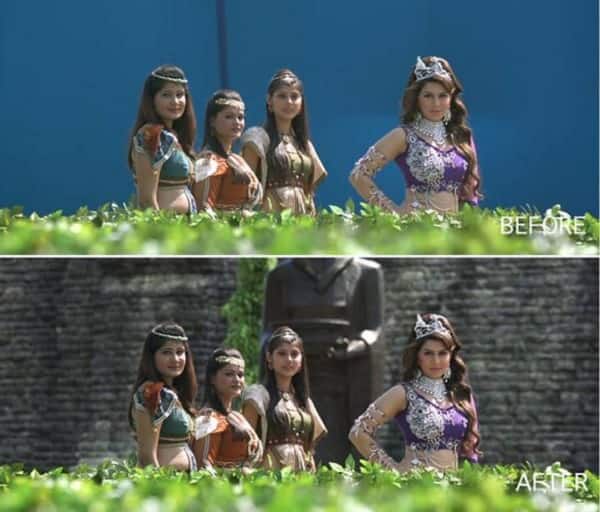 The background of the shot where Hansika is seen strolling around with her friends has also been created using VFX. 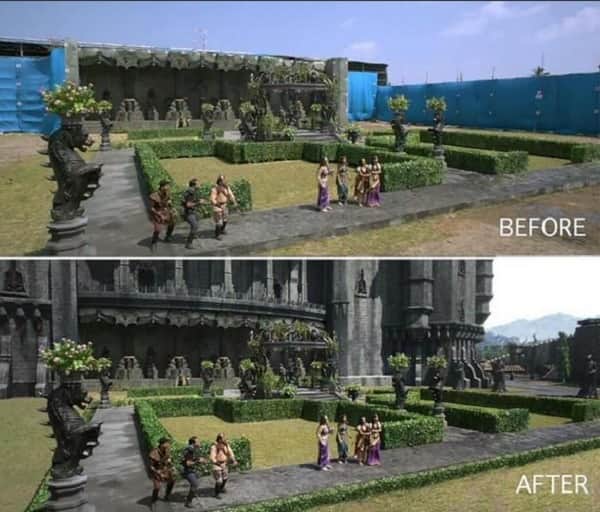 The castle, pillars and their intricate architecture were brought to life by VFX team in the scene where Vijay saves Hansika from one eyed monster. 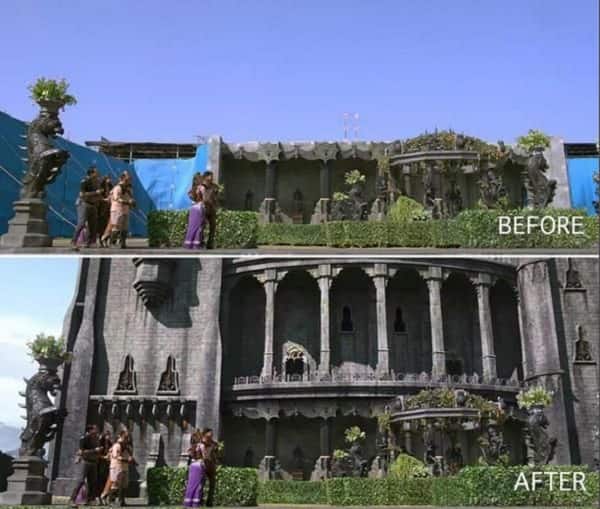 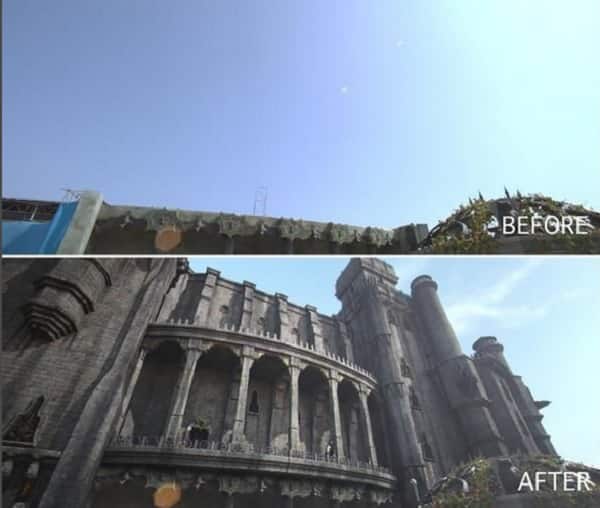 Only the base of the grey towering castle was built by the set team. The rest was created by the VFX artists. 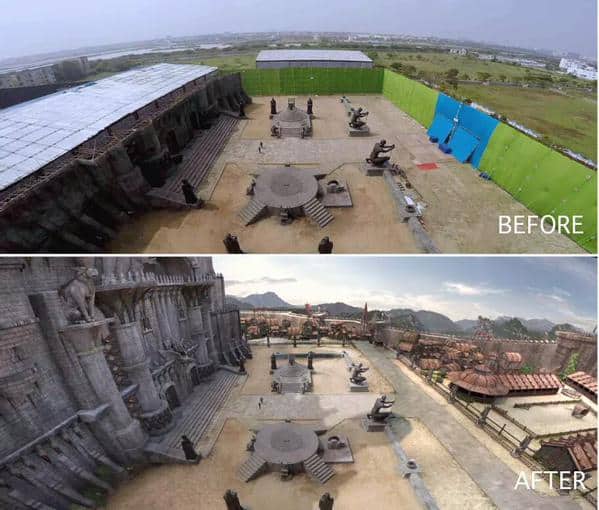 Pillars, village and scenic backdrop are created in this shot with the help of VFX effects. 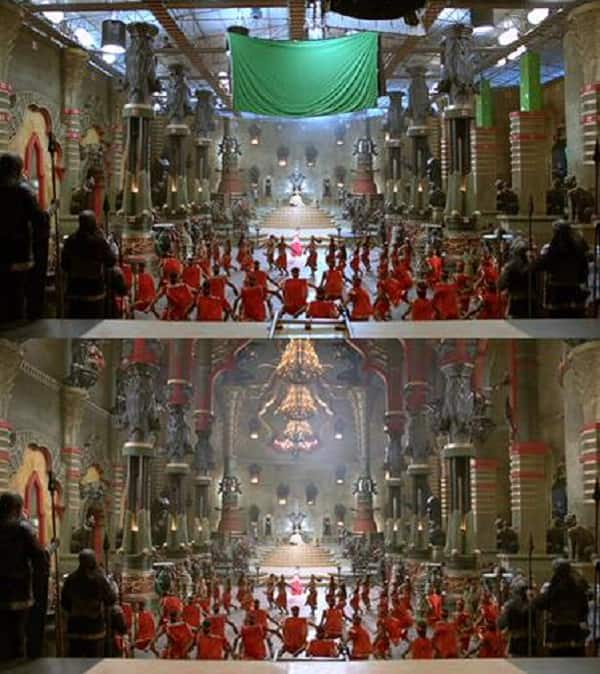 While you will be amazed to see how much effort has been put in to create the sets, the royal looking chandeliers hanging in the top of the hallway is the work of VFX team.