A diamond is a girl's best friend and these huge rocks on Anushka Sharma, Sonam Kapoor and Deepika Padukone's hands prove exactly that!

Different cuts, one emotion! Here's a look at the bling wedding brought to these actresses

Just when we thought that Deepika Padukone and Ranveer Singh couldn't look any more divine, the beautiful couple floored us all in their regal attires for their Bengaluru reception that took place at The Leela Palace hotel last night. While Ranveer opted for a fine black sherwani by Rohit Bal, DP kept it classy and elegance with her golden saree by mom Ujjala Padukone and exquisite Sabyasachi jewels. Not to mention, her big bright smile that she wore as an ornament. They looked every bit the quintessential couple.

#DeepVeer's reception: Ranveer Singh did the SWEETEST thing at the Bengaluru reception and it wasn’t for Deepika Padukone – see pics

But everything said and done, we couldn't look away from DP's glowing smile every time hubby darling whispered something into her ears. That and the huge rock that sat on her fingers. If you haven't caught the drift, we are talking about the big engagement ring which is priced somewhere between Rs 1.3 - 2.7 crore! Yep, it's a whopping price but too little to match the bride's radiant self. No? And, it goes without saying, what's a wedding without some bling! But Deepika wasn't the only bride to wear something like that. Earlier, Sonam Kapoor and Anushka Sharma have given us the same feels with their love bands, proving the fact that a diamond is indeed a girl's best friend!

Deepika Padukone - Ranveer Singh, Anushka - Virat, Sonam - Anand: The first picture of which couple really made you regret being single? 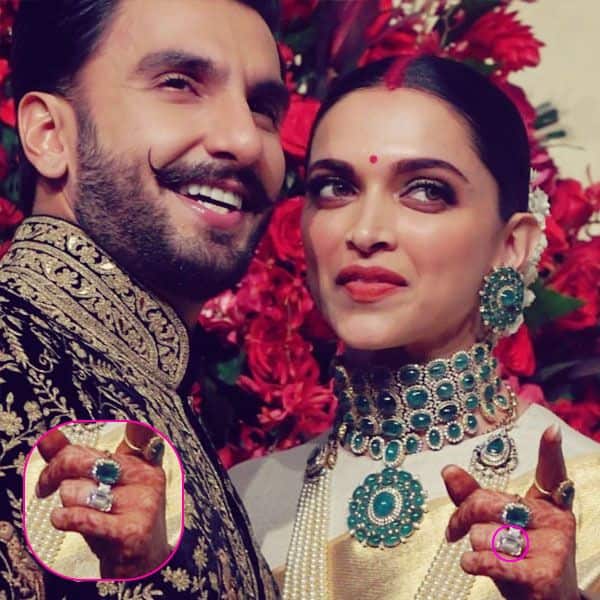 Anand Ahuja got a an oval-shaped diamond for Sonam. It featured an oxidised band of white gold surrounding it and costs Rs. 90 lakhs. She even flaunted it at the Cannes Film Festival, which she attended days after her wedding. 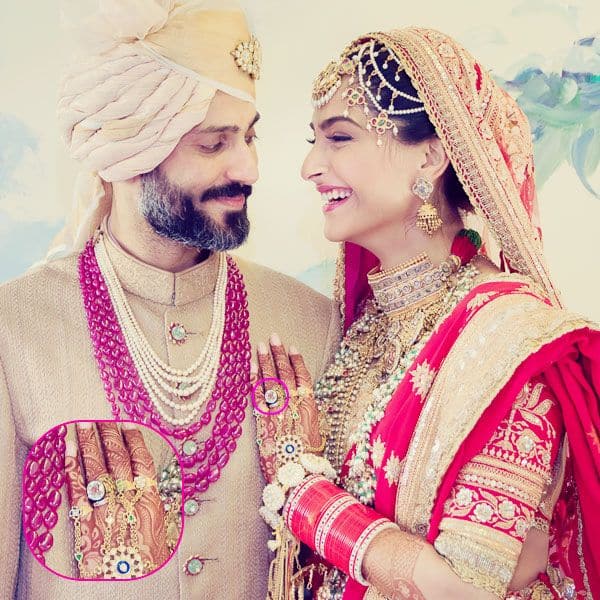 Even Virat Kohli spent months hunting down the perfect diamond ring for Anushka that has been specially crafted by an ace designer from Austria. It cost him about Rs 1 crore. 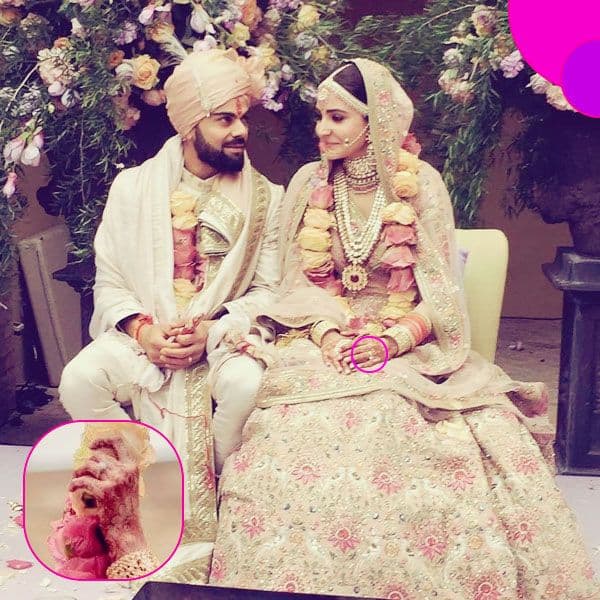 That must have done some good. So, all the grooms-to-be, take notes and get your girl the rock she deserves!