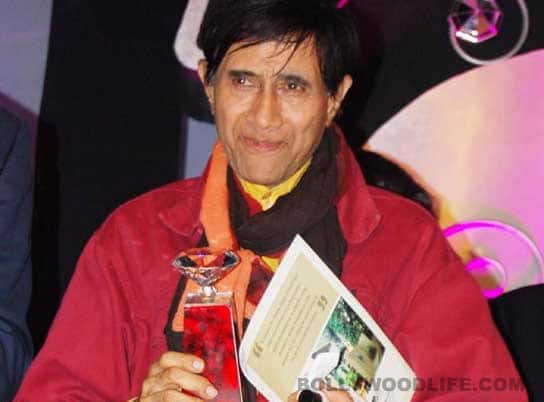 It was a sad day about a week ago when one of the stalwarts of Indian cinema passed away. Dev Anand, star of notable movies like Guide and Tere Ghar ke Saamne died around 10am on December 3 this year in London. He was there with his son Suneil for a check-up and suffered a massive heart attack. We hear from our sources that the funeral will be held in London, as per the late actor’s wishes, and his ashes will be brought back to India and immersed in the Godavari river in Nasik. There will be a prayer meeting at Mehboob Studio later on. This, we are told, is what Dev Anand wanted. What makes the loss of our favourite star especially poignant is that he kept his sense of vanity even beyond this life on earth – the super-actor of Jewel Thief and Johny Mera Naam insisted that he did not want to be seen by everyone when he was dead, with cottonwool in his nose and ears. Instead, he wanted people to remember him as he once was, debonair, smiling, charming…. And, believe you us, we do, Dev sa’ab, we always will. Also Read - Indian Idol 12: From Manoj Muntashir revisiting the golden era to Arunita Kanjilal's amazing performance – 5 best moments from tonight’s episode

ALL DEV ANAND NEWS AND FEATURES Also Read - Filmy Friday: When Shah Rukh Khan opened up about his downfall and said, ‘I won't just fall down from the top position in one day’