The actor plays the role of maths genius, Anand Kumar, popular for his IIT coaching classes for underprivileged students.

India's answer to Bradley Cooper, Hrithik Roshan has undergone the grand-daddy of transformations and his fans will be shocked to see his look from his upcoming film, Super 30. The actor plays the role of maths genius, Anand Kumar, popular for his IIT coaching classes for underprivileged students. However, Anand was not always the celebrated teacher that he is today. In fact, he had to start his journey from the bottom. Hrithik's latest look from the film proves that. Also Read - Deepika Padukone, Samantha Ruth Prabhu, Hrithik Roshan and other Top celebrities who have suffered from severe health issues

The actor is seen in his grittiest avatar ever in this picture. He is seen riding a cycle, selling papad on the streets. Well, to see a man who is known for his exceptional good looks, pull off such a role is going to be exciting. Check out the leaked picture from the sets of Super 30 here. ALSO READ: Emraan Hashmi's Cheat India to clash with Hrithik Roshan's Super 30 on Republic Day 2019 Also Read - From Shah Rukh Khan to John Abraham: Kareena Kapoor Khan REFUSED to work with THESE 8 Bollywood stars 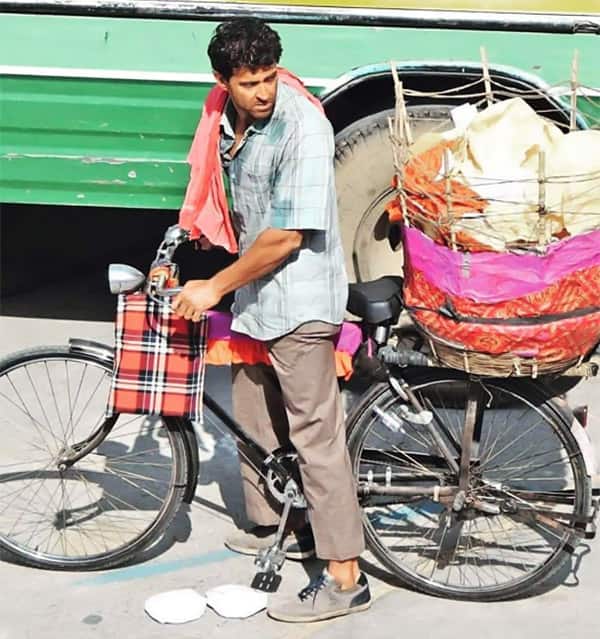 Earlier, when the first look of Hrithik from the film released, it impressed everyone. While critics did wonder if Hrithik's look will do justice to the part, later Anand Kumar himself issued a statement that suggested he approves of Hrihtik's look. "Barely a few moments ago when Bahl sent me the snap of the first look of Hrithik Roshan before the start of shooting, I was truly amazed," he wrote on Facebook. 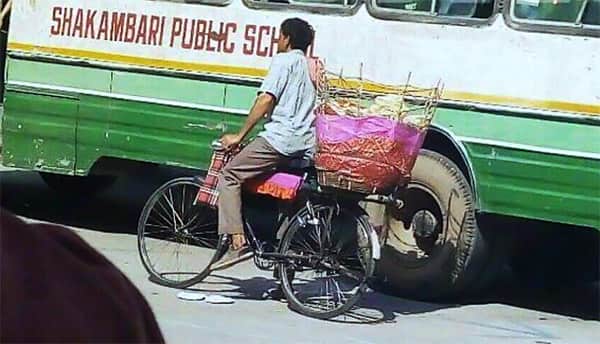 Super 30 is based on mathematician Anand Kumar’s life, and tells the story of how he tutored kids from impoverished families, helping them crack the IIT entrance exam. While speaking about why Hrithik was the best choice to portray him on the big screen, Kumar said, “I am happy that Hrithik will play me because he is the best choice for the role. His dedication towards his work and the kind of versatility he exhibits as an actor is very inspiring. Being a rooted and passionate person myself, I feel that he will bring an emotional depth to my life on screen. I am excited to see Hrithik as Anand Kumar essaying my emotional journey. I totally trust Vikas with my story and I am confident that he will make a sensible and heartfelt film about me and what I strive to do.”

Hrithik Roshan was last seen in Kaabil, directed by Sanjay Gupta. The actor played the role of a blind man who is hell-bent on exacting revenge. The actor's performance was met with applause by the critics and the movie managed to do phenomenal business at the box-office. We hope Super 30, too, manages to do the same.