A pissed off Justin Bieber deletes his Instagram account, courtesy ex girlfriend Selena Gomez! Check out all the drama!

Some love stories will never have an ending forget happy or sad!

Justin Bieber and Selena Gomez have a story that will never find the kind of end fans want! Their relationship has gone through so many turmoils that people have literally lost count. But then again, being amicable after every big setback they've had is what hooked their fans and made them feel that yes, they'll work shiz out and get back together. However, their recent Instagram feud might throw water on the fiery hopes of fans! In fact, this one is quite bad. Also Read - Indian Idol 12: Unlike previous episodes, Shanmukhapriya garners praises from netizens; fans compare her to Shakira and Justin Bieber

As usual, Bieber was being himself as he posted a picture of himself on Instagram with rumoured girlfriend, Sofia Richie. And then poured in all the hate from fans who started commenting nasty stuff for the pic. Of course, this infuriated the Sorry hitmaker who warned his fans, "I'm gonna make my Instagram private if you guys don't stop the hate, this is getting out of hand, if you guys are really fans you wouldn't be so mean to people that I like". However, that caught Selena's attention who replied on the pic with a rather harsh statement. She said, "If you can't handle the hate then stop posting pictures of your girlfriend lol – it should be special between you two only. Don't be mad at your fans. They love you." Also Read - Trending Hollywood new today: BTS' shocking confession regarding Ed Sheeran, Britney Spears feeling 'blessed' after hiring a new attorney and more 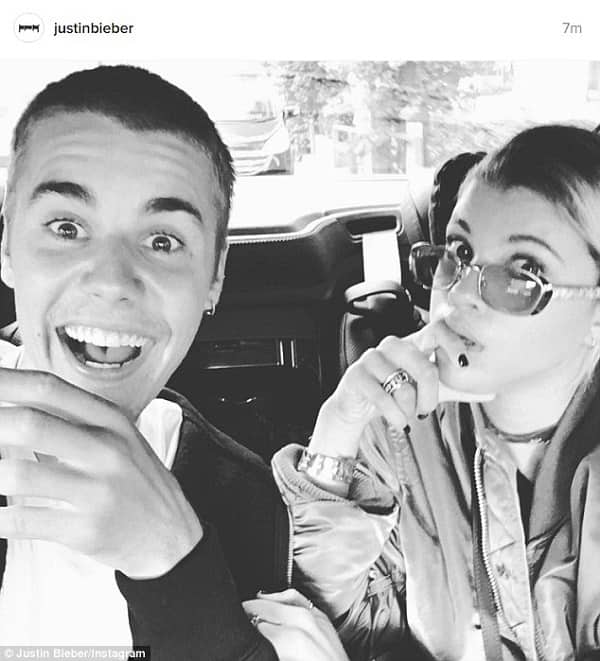 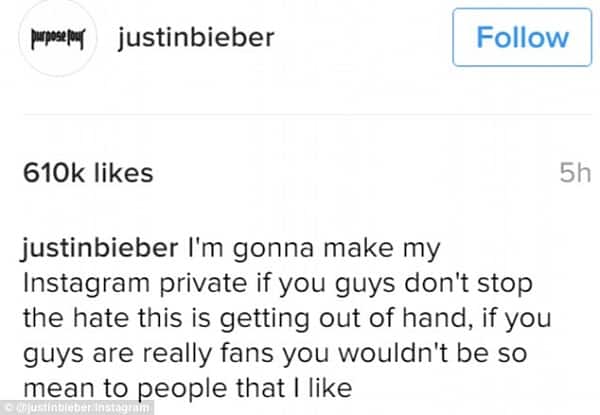 Soon she actually took up the pains of posting a pic on her Insta of a collage of hers with fans and captioned it, "My whole life. You matter most. Thank you for letting me do what I love every day." That wasn't taken down well by Bieber who responded,"It's funny to see people that used me for attention and still try to point the finger this way. Sad. All love. I'm not one for anyone receiving hate. Hope u all can be kind to my friends and each other. And yes I love my beliebers." That followed with cheating accusations by Selena who said, "Funny how the ones that cheated multiple times, are pointing the finger at the ones that were forgiving and supportive, no wonder fans are mad. Sad. All love." That further pissed off Justin who commented, "I cheated ... Oh I forgot about You and Zayn?" So yes, that finally was the whistleblower as Justin had had enough as he deactivated his account! Ouch, isn't it? Later, it was like an epiphany to Miss Gomez who shared a story on her Snapchat that she did push it too far. But looks like the deed has been done already. Wow, it sure is too late to say sorry, eh Selena? Will JB put this behind him and soon come back active on social media or will he just stay offline? Do you miss him on Insta? Tell us in the comments section below!