Simbu's AAA teaser is here and Madura Michael is on fire! 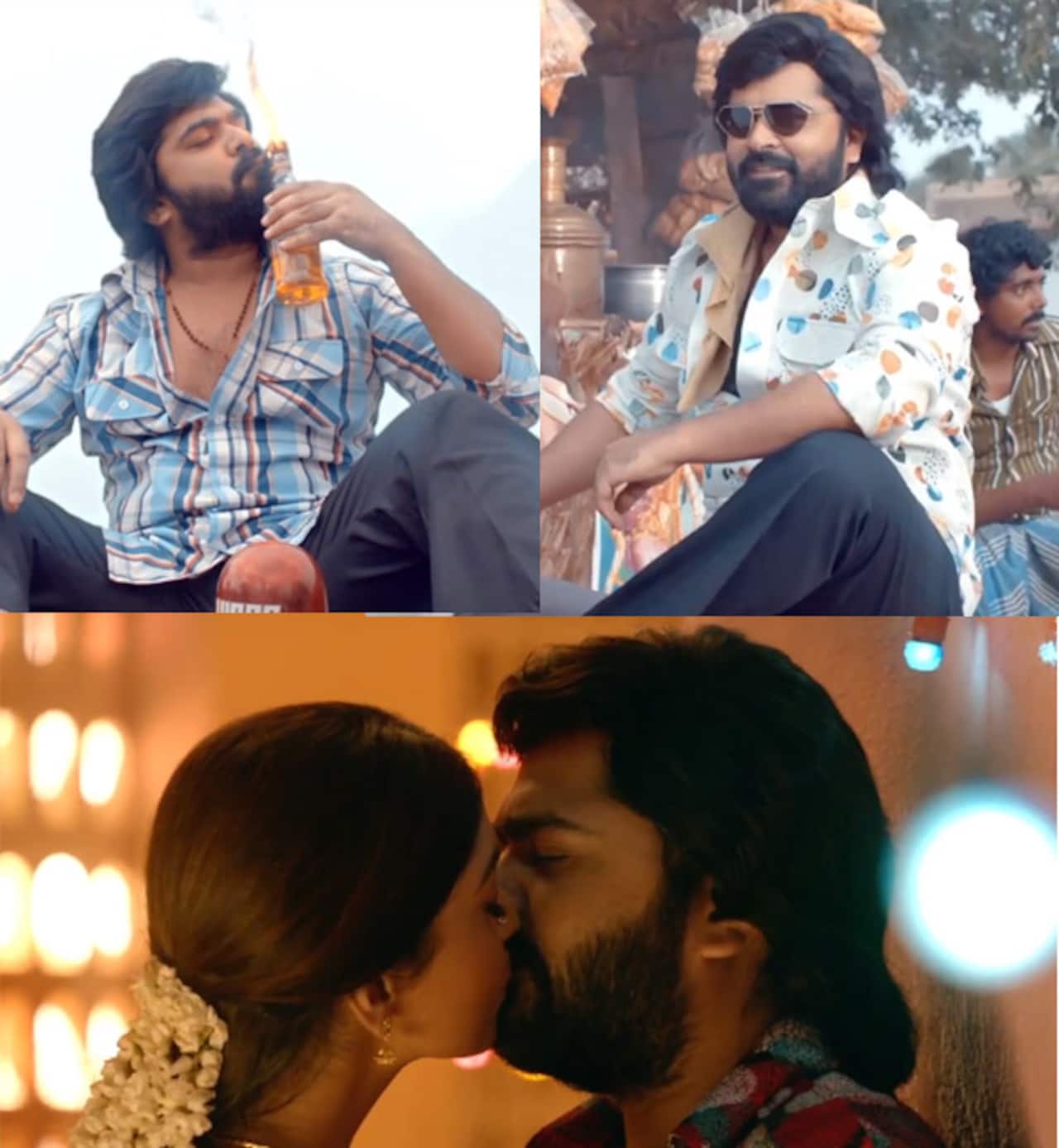 What an advance treat for all Simbu Fans. The AAA teaser that was to be out tomorrow is actually out today it's romba mass and class! His grand entry will make you whistle especially when he lights that beedi with the fire inside the glass bottle. Next scene - throw bottle, BANG BOOM, slow clap. He's totally badass and doesn't fear anything! Madura Michael, you are going to have so many more fans after this teaser. He does this cool back sweep with his hair that reminds us of Rajinikanth's signature hair flip in Kabali! His retro look and his rowdy nature sure make him a massy and classy character! Madura Michael, you are awesome. Also Read:Simbu’s second look in AAA has Rajinikanth written all over it! Also Read - Trending South News Today: Thalapathy Vijay shoots for massy dance number in Varisu, Rashmika Mandanna's special tag for Vijay Deverakonda and more

For all those who don't know Simbu is currently shooting for Anbanavan Asaradhavan Adangadhavan (AAA). He's playing a never before triple role in the movie. So one of his first looks was that of Madura Michael, one of his characters. He's rowdy, fearless and doesn't care a damn! The look obviously hyped the excitement around his second character which nobody would have guessed. He plays a 60 year old thatha whose look is definitely inspired by Rajinikanth! Right from his look, to the way he stands to his hairstyle, it has Padayappa written all over it. We now can't wait for the third look. The movie also stars Shriya Saran and Tamannaah Bhatia. This will be the first time Tamannaah and Simbu are coming together. Both are romancing different characters. Also Read - From Rana Daggubati to broken engagement: Times when Ponniyin Selvan actress Trisha Krishnan made headlines for her personal life

Here's what the fans had to say about Simbu's avatar Also Read - Before Anjali Arora and Akshara Singh, MMS scandals of THESE Bollywood and South Indian actresses shocked the nation

Class + Mass teaser on the way ?

This is why the teaser was out today. Looks like Madura michael is lready famous. Imagine what will happen now after the teaser

So what do you think of Simbu's Madura Michael avatar? Are you now anxiously waiting for the next teaser?