Aamir Ali and Sanjeeda Sheikh to finally get married! 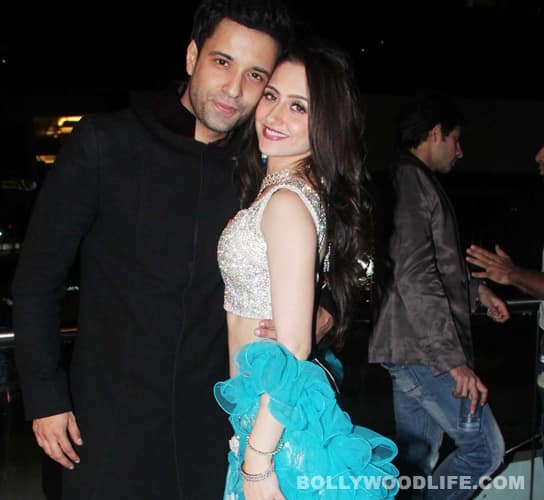 For the past six years, Aamir Ali and Sanjeeda Sheikh have kept rumour mills abuzz with their love story and wedding plans. Finally the two are ready to tie the knot. Aamir and Sanjeeda will become man and wife after the nikaah at 7pm at Khar Gymkhana in Mumbai today. We hear that while Aamir will stick to the traditional sherwani, Sanjeeda has decided on a bottle green salwar kameez for the big day. The two hosted a pre-wedding bash on February 29 that had the who’s who of the television industry in attendance. It had earlier been rumoured that they will wed that day but the couple chose today (March 2) instead. Also Read - Aamna Sharif Birthday Bash: Mouni Roy, Parth Samthaan, Aamir Ali bring the house down at the Kasautii Zindagii Kay 2 actress' party — view pics

Aamir recently revealed that he went down on one knee and offered a diamond ring to Sanjeeda when he popped the question last November. Though they had been together for six years, it came as a total surprise for Sanjeeda. Aamir is currently doing FIR and Sanjeeda has Piya Ka Ghar Pyaara Lage on her plate but it didn’t take long for the couple to match schedules and finalise a date for their wedding and plan a honeymoon to London and Paris. We just hope their self-confessed “fairytale wedding” is just the beginning of a beautiful life together. Aamir and Sanjeeda, good luck. Also Read - Jasmin Bhasin, Rubina Dilaik, Mouni Roy and more – meet the Instagrammers of the week

ALSO READ: Sanjeeda: I wasn't expecting a proposal from Aamir... Also Read - 'Nature lovers' Sanjeeda Shaikh and Ayra Ali have fun in a lake with this German Shepherd is the mother-daughter goals we all want – watch video