Aamir Khan confirms Shah Rukh Khan's cameo in Laal Singh Chaddha; reveals how he got him for the role

As Laal Singh Chaddha is just a few days away from its theatrical release, Aamir Khan has finally confirmed that Shah Rukh Khan has done a cameo in his film. 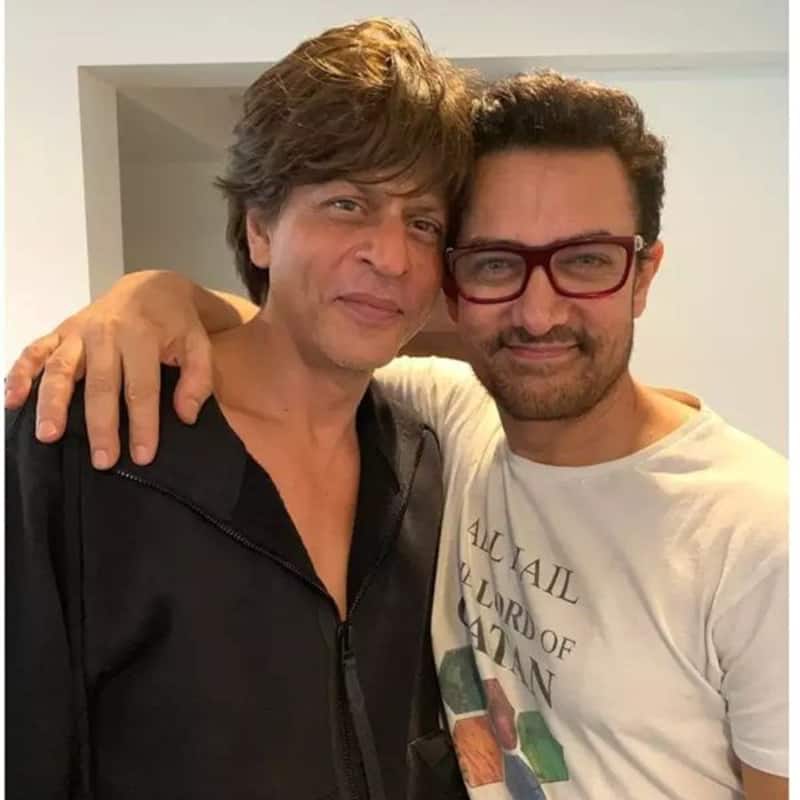 Aamir Khan is currently on a promotional spree for his much-awaited film Laal Singh Chaddha, which is an official remake of Hollywood blockbuster Forrest Gump starring Tom Hanks. As the film is just a few days away from its theatrical release, Aamir has finally confirmed that Shah Rukh Khan has done a cameo in his film. Also Read - Trending Entertainment News Today: Ranveer Singh praises Deepika Padukone amid separation rumours; Mouni Roy's career to pick momentum and more

When Aamir was asked by a Canadian film journalist Alexandra about how he got Shah Rukh to do a cameo in Laal Singh Chaddha, he replied, "Well Shah Rukh is a friend and I told him that I needed someone who can represent what Elvis (Presley) represented in America. I need the biggest iconic star of India, which is why I am coming to you’ (laughs). He was really sweet and he said, ‘Yes’.” Also Read - Aamir Khan, Akshay Kumar, Salman Khan and other stars who have worked in South remakes to stay on top of box office game

Recently, on Koffee With Karan 7, Aamir talked about what inspired him to do a remake of classic Hollywood film like Forrest Gump. He said that around 14 years ago, Atul Kulkarni asked him, 'What is your favourite film?', and he replied 'Forrest Gump' is one of them. Two weeks later, Atul called Aamir and said, 'I have written a screenplay for you' which was an adaptation of Forest Gump. After two years, when Atul narrated the script, Aamir fell in love with it. Also Read - Aamir Khan all set to bounce back; to begin work on RS Prasanna's Spanish film Campeones remake from January 2023?

Meanwhile, Aamir and Kareena have been facing the wrath of netizens who have been calling for boycott of Laal Singh Chaddha. Apparently, a certain section is still angry with Aamir's 2015's intolerance statement and Kareena's attitude. While Kareena said she doesn't take such trends seriously, Aamir recently apologised to people if he had unknowingly hurt their sentiments in any way and requested them to watch his film.